Two statues honoring the late Lucille Ball have been vandalized 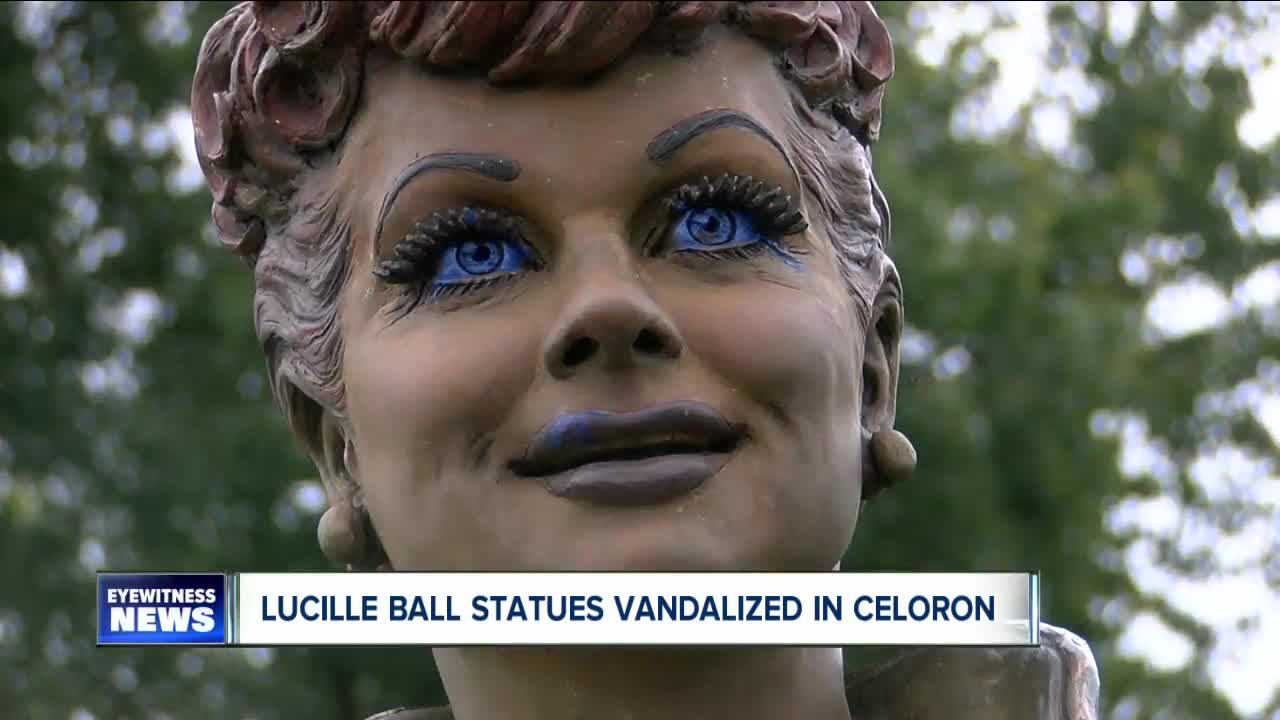 Town of Ellicott Police said both statues were damaged with a blue paint pen on Tuesday night.

Town of Ellicott Police said both statues were damaged with a blue paint pen on Tuesday night.

The Mayor of Celoron was the one who told police about the paint on Lucy's statue.

"We do have a suspect that is on-camera. We are trying right now to make a positive identification," said officer Dan Leighton with the Ellicott Police Department.

The celebrated star of 'I Love Lucy' is from Jamestown, and the statue honoring her sits near by in Celoron.

Dennis Spetz, 83 of Jamestown knows what Ball means to the community. He said he remembers all of Lucy's work, and that his uncle was a "Lucy addict."

"If you went and the television was on and 'I Love Lucy" was on, the world stopped," said Spetz. "And he must have told me a hundred times if he told me once: 'do you know I went to school with her?'"

Deborah Phearsdorf of Olean said this is her first time visiting the statue, and she can't believe someone would destroy public property.

"That's a lot of history here with Lucy and you know, everybody loves Lucy," she said.

The Mayor of Celoron said he's been in touch with artist who said she will help fix it.