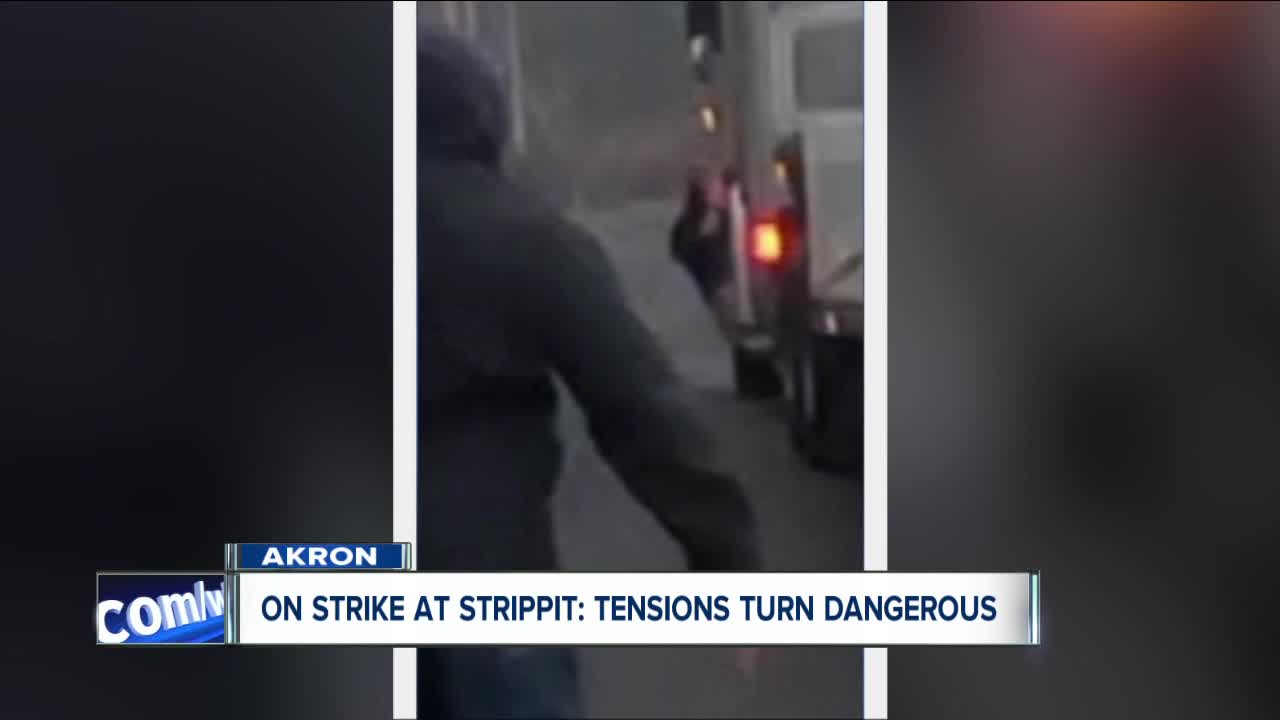 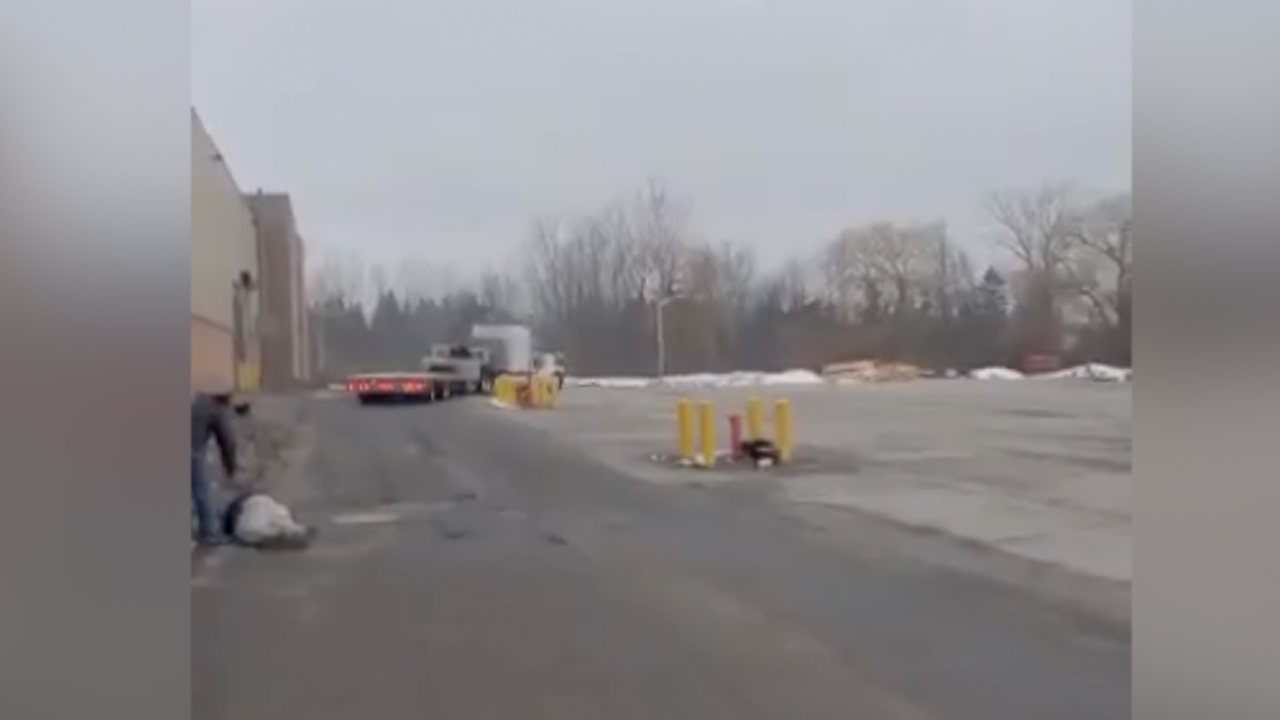 AKRON, N.Y. (WKBW) — A truck driver has been arrested and charged by Akron Police after officers say he ran over three workers who were on strike outside Strippit.

Akron Police say it was shortly after 8:00 Tuesday morning when the driver, who was operating a semi truck hit three people who were on the strike line outside the facility on Clarence Center Road. All three were taken to the hospital and are expected to be okay.

One man was being dragged on the top of the hood of the semi. Another fell off the truck and can be seen on the ground.

The truck driver, who's name has not been released, has been charged with reckless endangerment and the truck was impounded.

This is a breaking news story. Check back for updates.