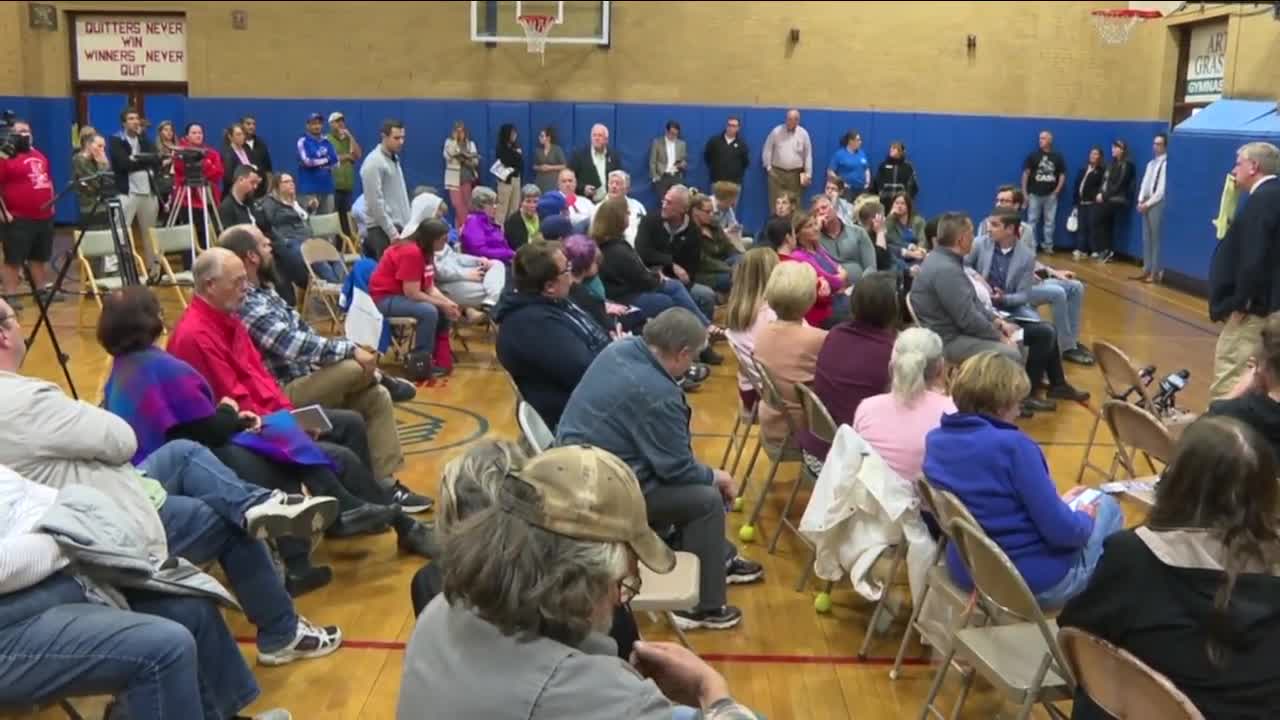 TOWN OF TONAWANDA, N.Y. (WKBW) — The "Old Town" neighborhood in the Town of Tonawanda sits just off of the Niagara River, next to the General Motors-Powertrain Plant on one side and the City of Buffalo's Riverside Park on the other.

Tonawanda and Vulcan--the tip of that neighborhood--was a point of contention during a Tuesday night community meeting on crime in this neighborhood. The meeting, at the Boys and Girls Club of the Northtowns, seemingly focused on crime issues at this spot. The same spot of a deadly stabbing last month. A memorial in the victim's honor, still up weeks later.

Many neighbors who packed the gym said they have had enough.

Town of Tonawanda Police fielded questions and criticisms, asking the community to help them police and utilize the confidential tip line. At the meeting, police said 225 calls have been focused on Vulcan alone since January 2019.

Several neighbors voiced their concerns and offered suggestions--including cameras, community programs and mental health help. Although some pointed fingers at businesses in the area--and business owners in attendance responding directly to those criticisms--the overall message: come together, to work together.