Viewers complain to CH7 after company demands $98 to remove boot 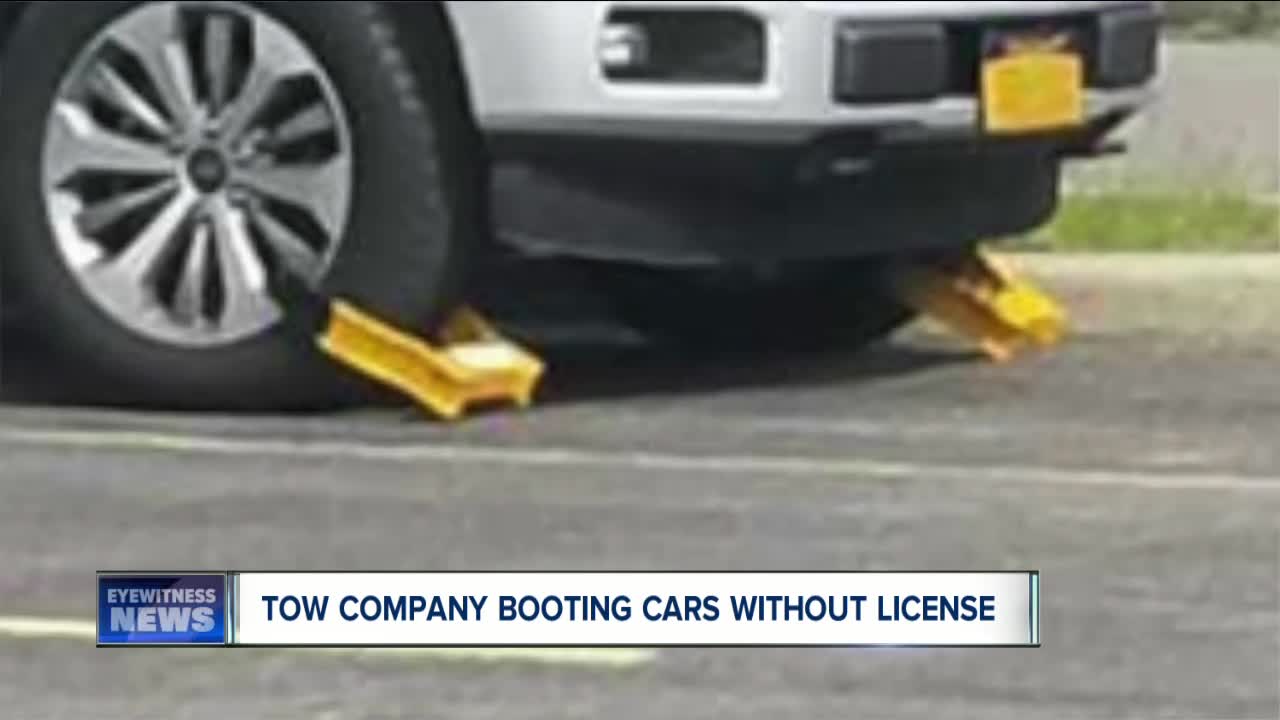 BUFFALO, N.Y. (WKBW) — A spokesperson for the City of Buffalo confirmed to 7 Eyewitness News that Lightning Towing at 2420 Bailey Avenue tried to boot several cars in a parking lot on Friday May 31st without having a license.

Drivers said the towing company was demanding they pay $98 on-the-spot to have the boot removed or their vehicles were going to be towed to a storage lot.

A city official said "predatory towing" and booting cars on a Friday is a common practice to run up a bill because the weekend makes it hard for people to pay the charge when a car is taken to a storage area.

Things got so heated during the booting operation at Pine Harbor Apartments that police were called to the scene and ordered the boots removed because it was found the company's previous license had expired and the renewal process was not completed.

Management for Pine Harbor Apartments said Lightning Towing was contracted after it had problems with another tow company previously.

In light of the recent developments concerning the license, Pine Harbor Apartments said it will reimburse any of its residents who had their vehicles wrongly booted or towed.

In addition, the apartment managers said they will no longer use Lightning Towing until it is properly licensed.

An investigation is being conducted and fines could be imposed by the City of Buffalo.

This is not the first time Lightning Towing has been the center of controversy.

Viewers complained to 7 Eyewitness News during the Easter season about Lightning Towing's aggressive booting operation at the Aldi store across from the Broadway Market.

When Reporter Ed Reilly went to the company's Bailey Avenue location for answers in April, he was told to "leave the property."

During a phone call with Lightning Towing about its fees, Ed Reilly was told "We have nothing to say" before an unidentified person at the company hung up.

"I think some of these folks who are doing the booting should be ashamed of themselves," said Buffalo Common Council President Darius Pridgen.

Pridgen explained that regulated parking lots in Buffalo can not charge more that $75 for booting a vehicle.

Since the parking lot at Pine Harbor Apartments is considered non-regulated, Pridgen said it sounded like the incident was a "money grab" by the towing company.

"Anybody who charges more than the law allows, their license should be immediately taken from them."

The council president is now pushing for a new city law that would crack-down on booting operations in non-regulated city lots by limiting the boot removal cost to $75, imposing time restrictions for when a tow operator needs to responds to a booted vehicle, and mandate that notification be posted on a booted car so an operator won't inadvertently try to drive and damage their vehicle.