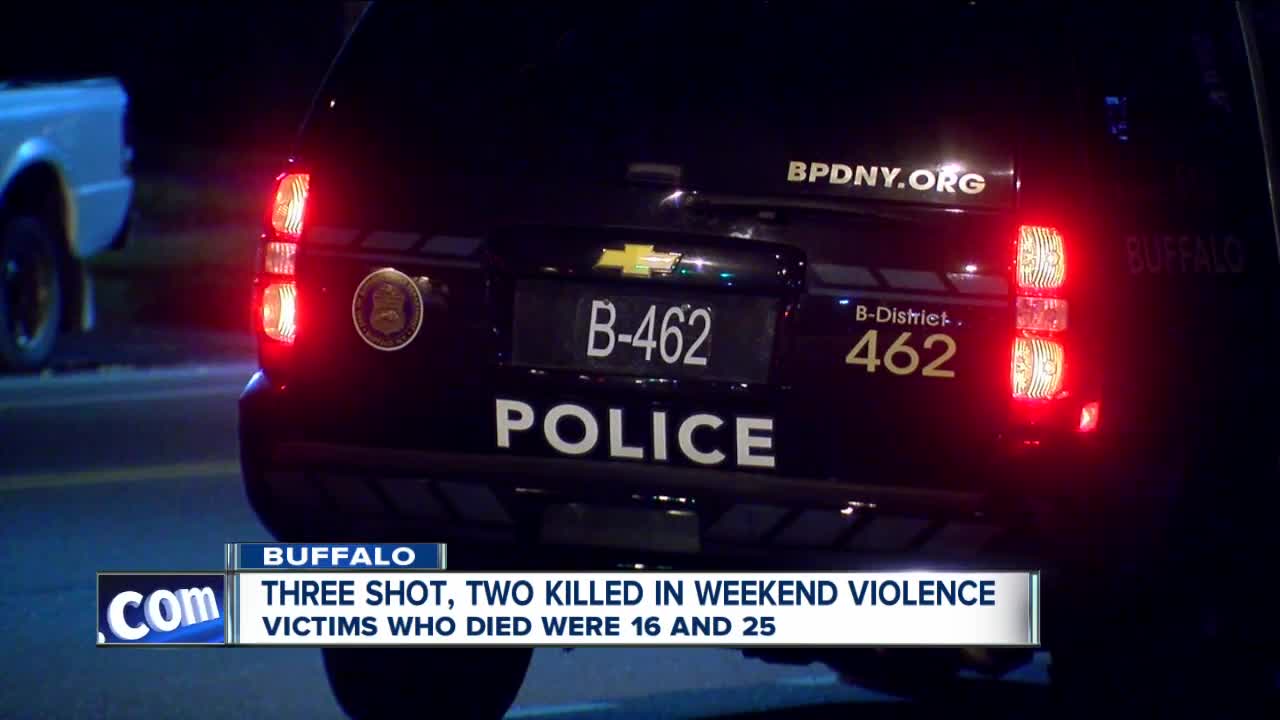 BUFFALO, N.Y. (WKBW) — Buffalo Police are looking for the gunman who shot and killed a 16-year-old near a large graduation party Friday.

Police say the crime happened on Oakmont Avenue in the Kenfield/Langfield homes around 7:30 p.m. Friday. That housing development is off the 33.

Buffalo Police say the teen, identified as Anthony Douglas III, of Buffalo, died at the scene.

Buffalo Mayor Byron Brown says he was not the intended target.

“This is absolutely unacceptable,” Mayor Brown said of the weekend violence.

Buffalo Police do have persons of interest, but so far no one is in custody. Unlike previous cases, police say they are receiving a large amount of cooperation from the community.

The violence didn’t stop Friday. Police say 25-year-old Jermaine Williams, of Buffalo, was shot and killed Saturday around 9:30 p.m. on Greenwood Place near West Delevan. Police do believe that shooting was targeted.

No one has been arrested in either fatal shooting.