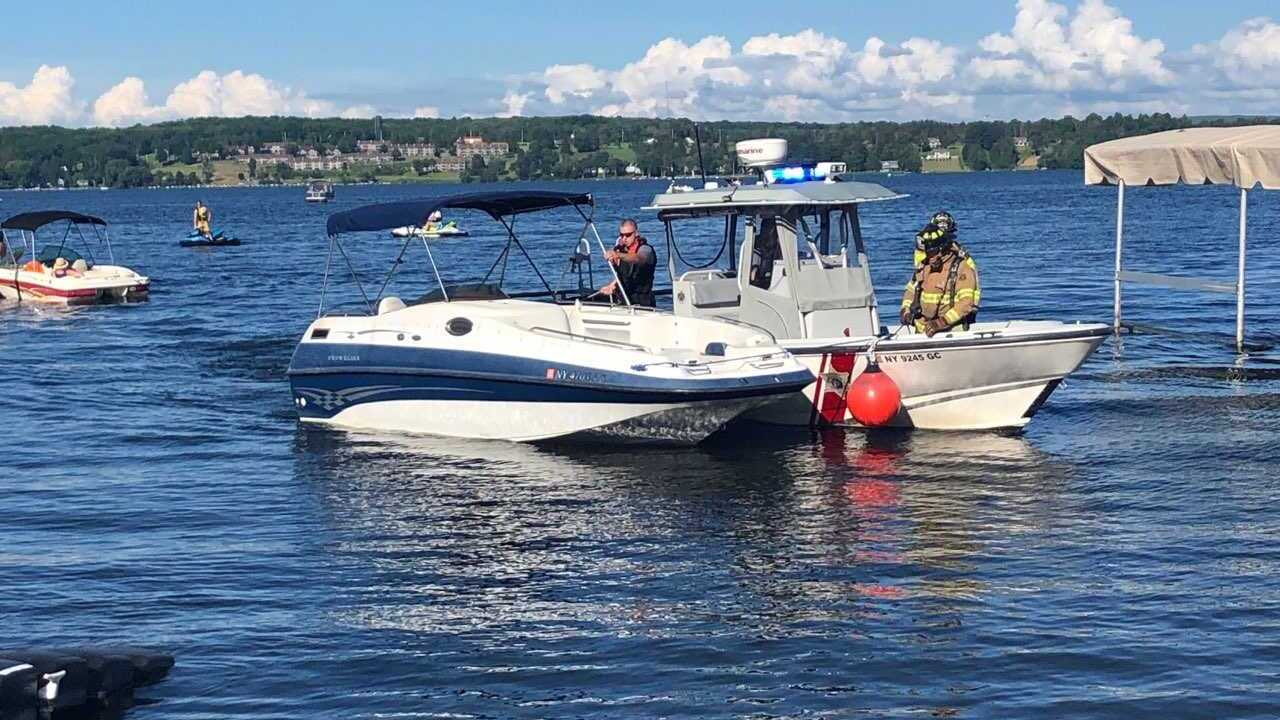 MAYVILLE, N.Y. (WKBW) — The Chautauqua County Sheriff tells 7 Eyewitness News that three children and a man were rushed to local hospitals after a boat explosion on Chautauqua Lake.

According to Sheriff James Quattrone, the boat exploded shortly after fueling up. It happened near the Chautauqua Marina in Mayville Wednesday evening.

The children were flown to Oishei Children's hospital. The father was flown to Erie County Medical Center. The sheriff says the injuries appear serious, but non-life threatening.

The sheriff's office reports that good Samaritans and employees from the marina helped to get the man and children to shore.

The cause of the explosion is under investigation.