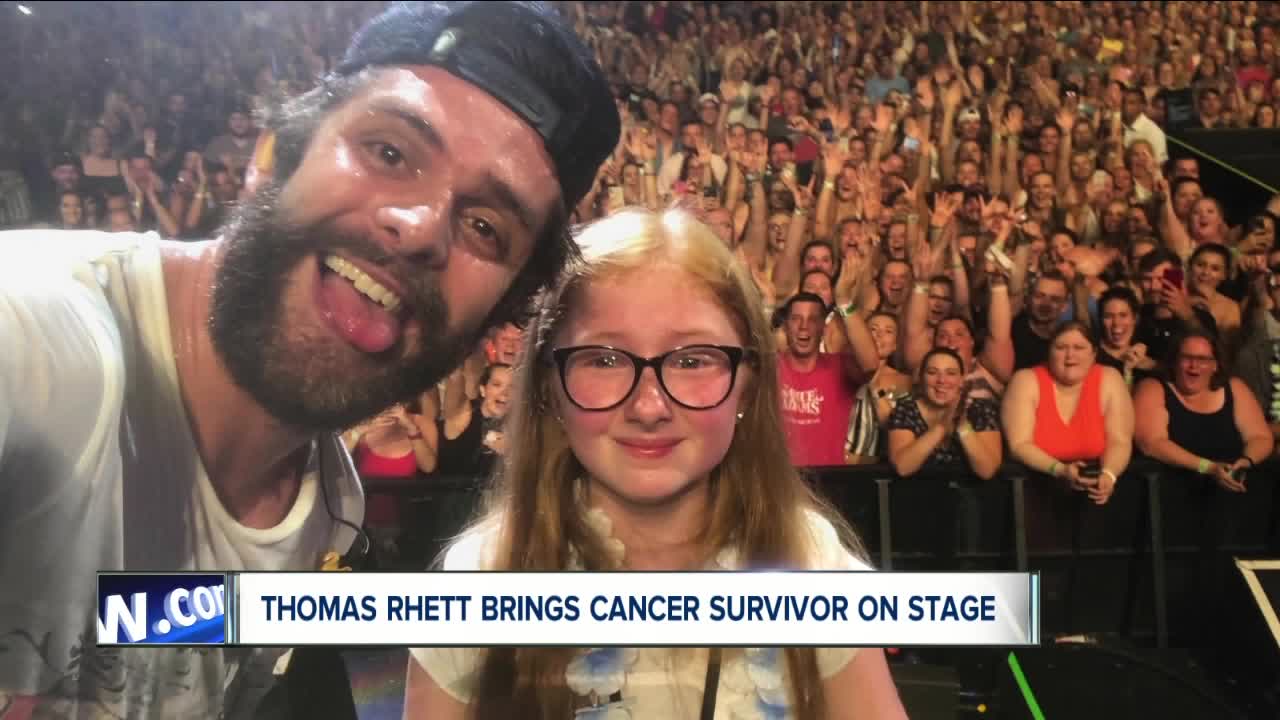 11-year-old Madison Muckle of Albion experienced a life-changing moment Friday night, but that's not the first time for her. 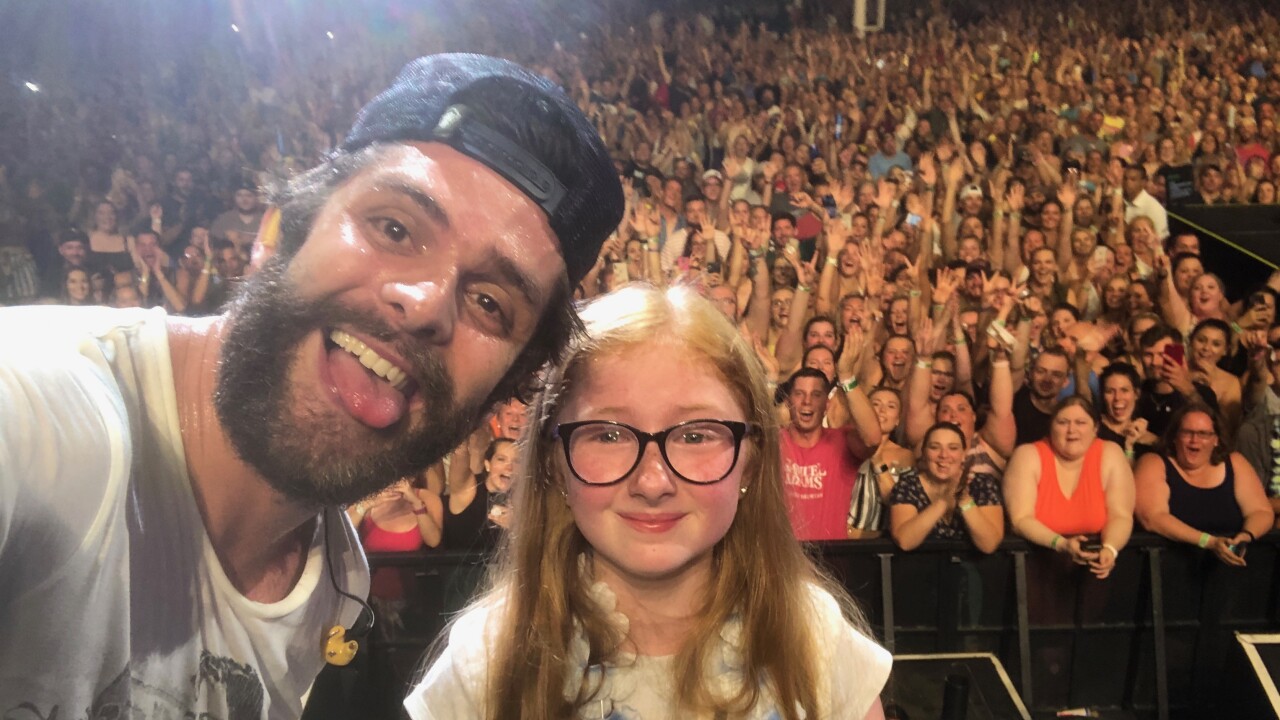 DARIEN, N.Y. (WKBW) — 11-year-old Madison Muckle of Albion experienced a life-changing moment Friday night, but that's not the first time for her.

Just five days after her third birthday, Madison went to the doctors for her checkup, her mother said she was acting a little out of the ordinary but it didn't seem serious. After a few hours, multiple tests and procedures, the family received the news that Madison had cancer, acute lymphocytic leukemia to be exact.

Jamie said when Madison found out the news she was ecstatic, Thomas Rhett is one of her favorite musicians and she has even had a Thomas Rhett themed birthday party.

On a warm and humid Friday night at Darien Lake that celebratory gift turned into a once in a lifetime moment for Madison.

She went to the concert with a sign that had boxes with check marks that read:

"Look what God gave her

Two of those boxes were already checked, and her mom says everyone sitting around them made it their mission to get the third box checked for her.

It worked, the country music star noticed her sign and pulled her on stage during the show, once she was on stage he asked for the camera to put her sign up on the screen so everyone could read it.

Rhett gave Madison a big hug and said "everybody this is Madison and she's my new favorite human being on the planet."

The crowd roared for her. Rhett looked at her sign again and said "we're going to check all these off."

He grabbed her phone and took a selfie with her and gave her another hug, as she left the stage he said "I'm not crying you are."

Madison, it was such a pleasure meeting you! May God continue to bless you and your sweet family🙌🏼 hope you had a great time at the show pic.twitter.com/sLhWjKVLCr

Jamie said she was so excited for Madison when she got pulled up on stage, and when she saw her cry she knew how much it meant to her.

Madison and her family now organize an annual "Madisonation" golf tournament which goes to support families impacted by childhood cancer. To learn more you can visit their website here.