Thurman Thomas: "It's a part of us" 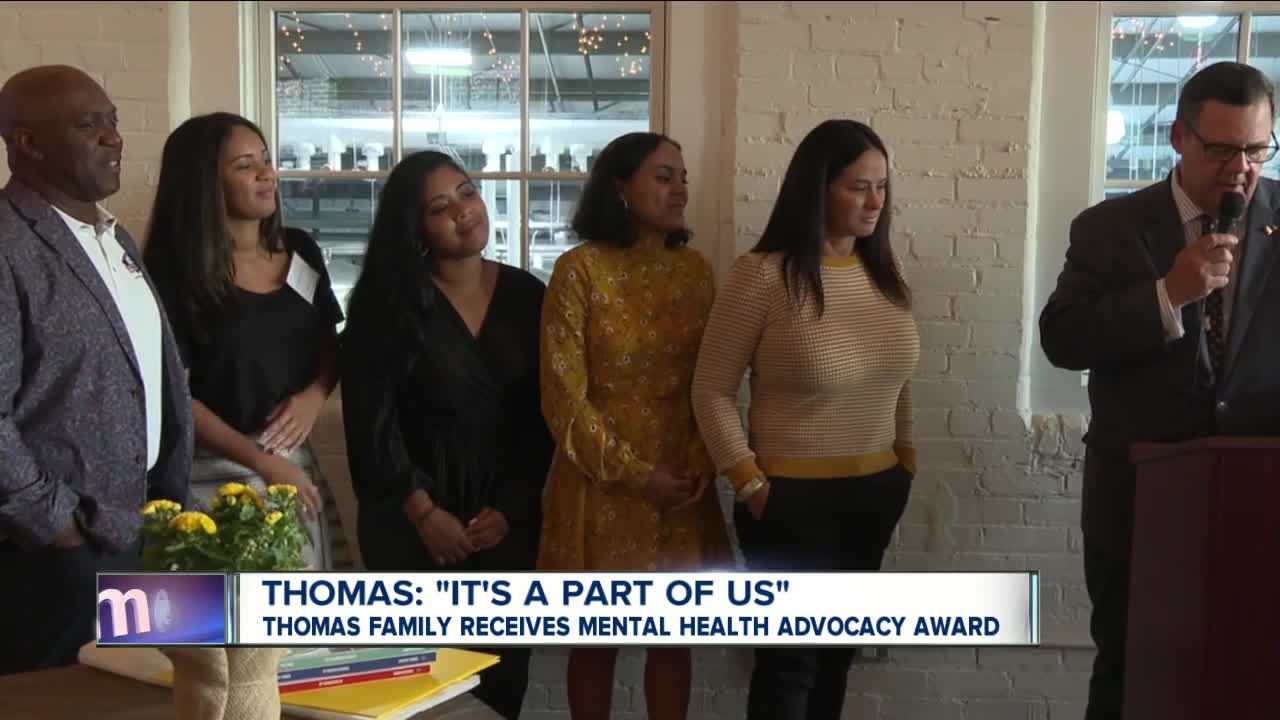 "It's a part of us and we know what people are going through," Thomas said. The Thomas family accepting the Mental Health Advocates of Western New York Benefactor Award at Resurgence Brewing Company on Chicago Street in front of dozens from the community.

Since Thomas' daughter--Annika--came out publicly with her own struggles with mental health, the Thomas family has made it their mission to bring awareness to the issue across Western New York.

"Leave everybody where tonight with just one thing to think about and that is to take the embarrassment away from mental health," Patti Thomas said.

Annika's sister--Angelica--sits on the board of Mental Health Advocates of WNY.

"I'm very proud of my little sister for sure," she said. Angelica continued, "A big part of our mission is to just spread the word about mental wellness and making it okay to make people to come out to say they need help."

Joining the Thomas Family Tuesday evening was CSI creator and co-found of Zuiker Press, Anthony Zuiker. He and his wife pen graphic novels based on real life stories centered around issues including divorce, bullying and mental health for young adults. These books are currently given to Buffalo Public School students for free.

"So our efforts is to put books in the hands of kids and help them feel better and help them realize when they read a book, they're not along," Zuiker said.