The inseparable bond between K9s and their handlers 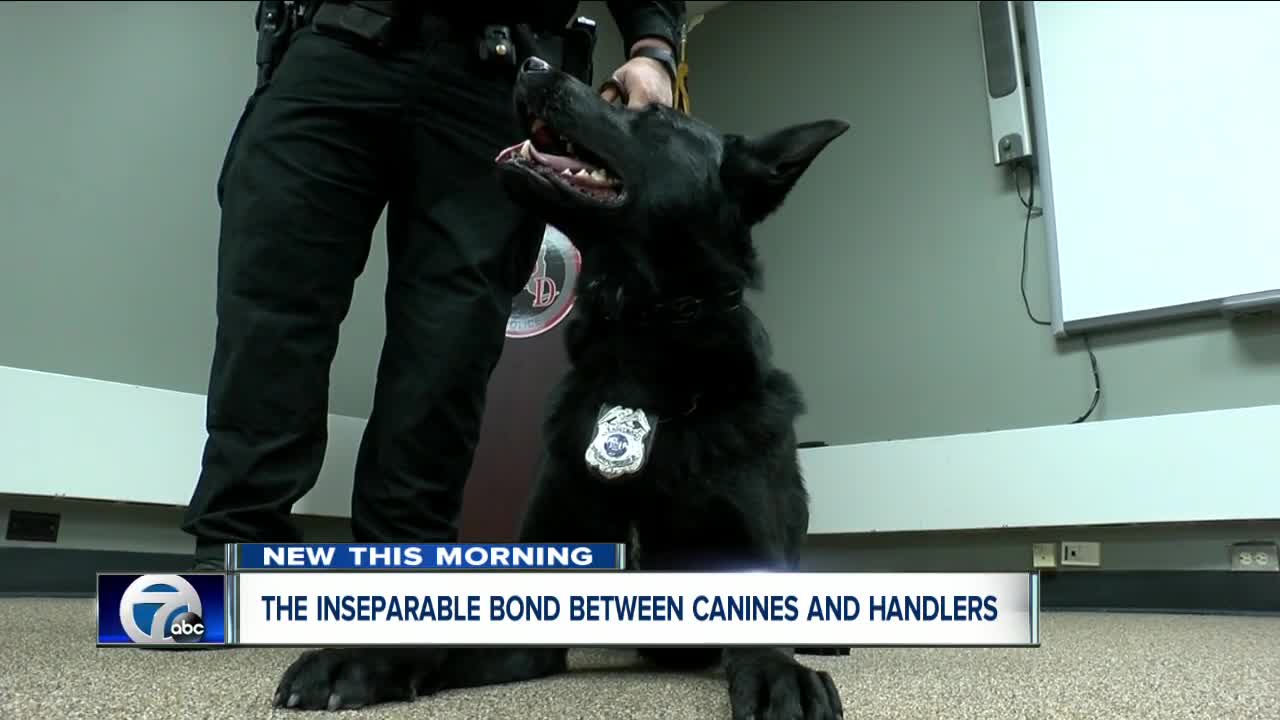 They are considered major assets to the departments they serve, given their abilities with area searches, narcotics detection, criminal apprehension and manhunting

LEWISTON, N.Y. (WKBW) — There are few bonds as tight as that of a K9 handler and their partner.

Not only do they work together in pressure-packed situations, they live together 24/7.

"You spend a lot of time with these dogs. And even when you're done training the dog during the day, at nighttime you still have to maintain and care for the animal," said Lt. James Hildreth of the Niagara County Sheriff's Office. "Not only are they your partner, they're your friend and you have to do everything for them."

In return, the dogs carry the burden of protecting their partners, and the communities they serve.

"We ask them to do things that we're not going to do. Like we put them in, they're like the tip of the spear," said Officer Scott Stafford, K9 officer with the Lewiston Police Department. "So if there's a bad guy there, they don't realize, they're there to protect us. And then we're sending them into battle."

Shadow, Trace, Taz and Chief put their lives on the line almost every day for their handlers.

They are considered major assets to the departments they serve, given their abilities with area searches, narcotics detection, criminal apprehension and manhunting.

So when canine is killed in the line of the duty or needs to be put down, it becomes a trying time for the handler.

K9 officer Scott Stafford with the Lewiston Police Department knows that all too well.

"I've had to put two down so far, so it's something difficult to talk about," said Officer Stafford.

Deputy Joseph Moll also lost a bloodhound to the same condition in November of last year.

"It's like losing a treasured person that we care about and have come to spend time with and trust as well," said Deputy Moll.

But the handlers need to carry on, grateful for the memories, and committed to training and caring for a new K9.

And when those badges come off, they're just regular dogs.

"She's just like a kid, that's the only way I can tell you," said Lewiston Police Chief Frank Previte. "She wants to be with me whenever I'm around and the feeling's mutual.">

And Chief here becomes his silly self.

"Just like, kind of a goofball. If I got him out and let him run around he'd be begging everybody for pets," said Deputy Moll. "His tail just never stops wagging."