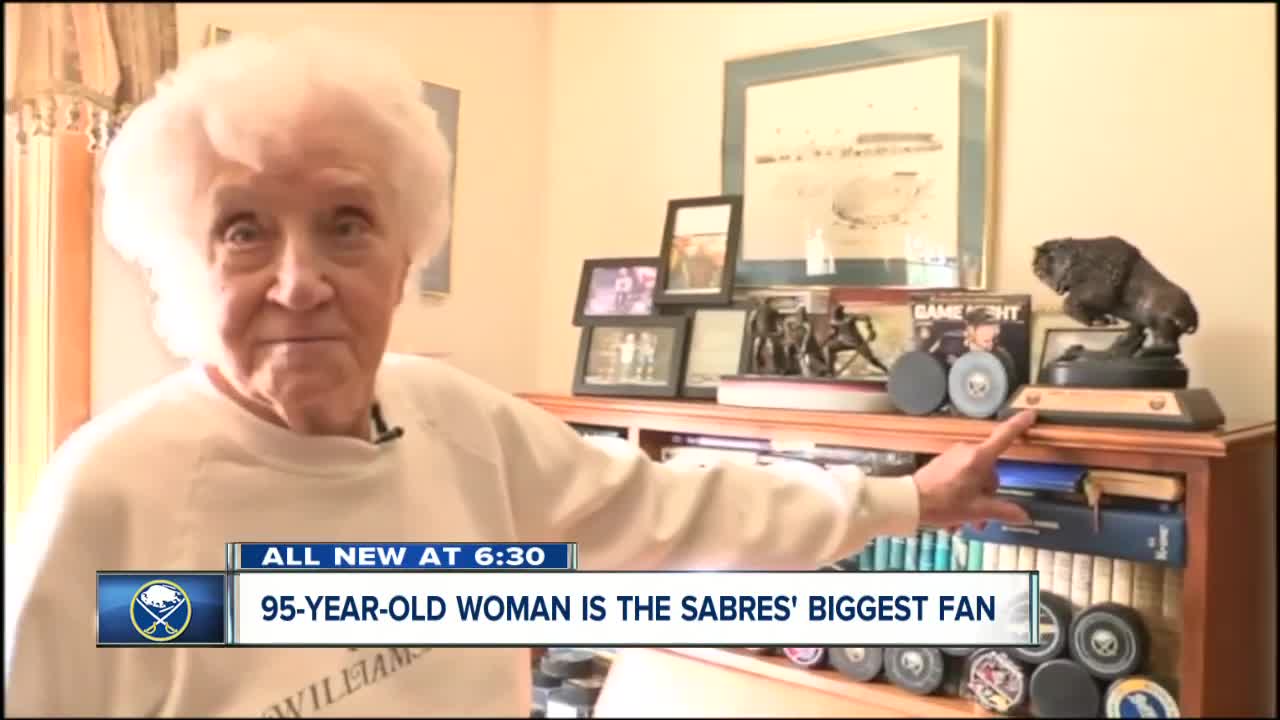 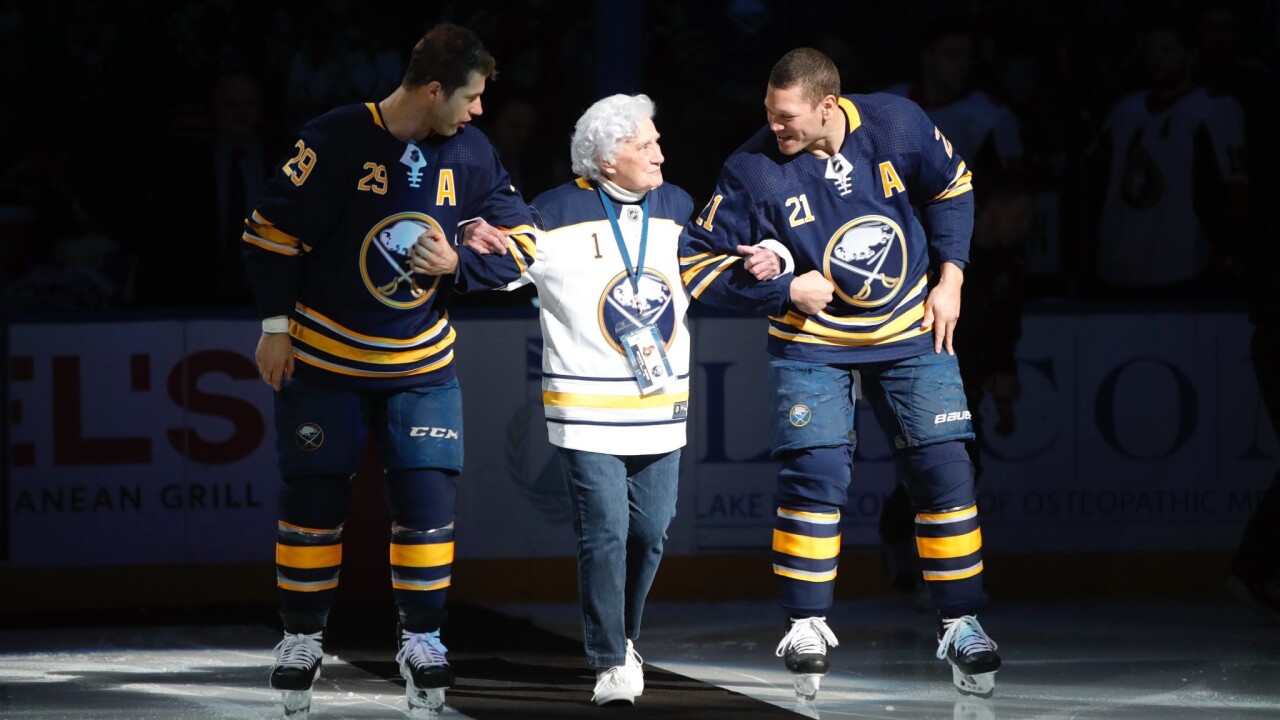 CHEEKTOWAGA, N.Y. (WKBW) — 95-year-old Anna Szczepanksi of Cheektowaga has gone to almost every single Buffalo Sabres game since its existence. Each time she is sitting front row, right on the ice. Her close proximity to the ice has left her in the background of many news articles including those in North Carolina and New York City.

Szczepanksi does not miss a game so, the entire team is very familiar with who she is. They have even nick named her "Momzie."

"I didn't know it was happening," Szczepanksi said. "I thought I was just getting a Jersey because I kept asking the team for my own Jersey."

Like every other year, Szczepanksi will be sitting front row all season cheering on the blue and gold.