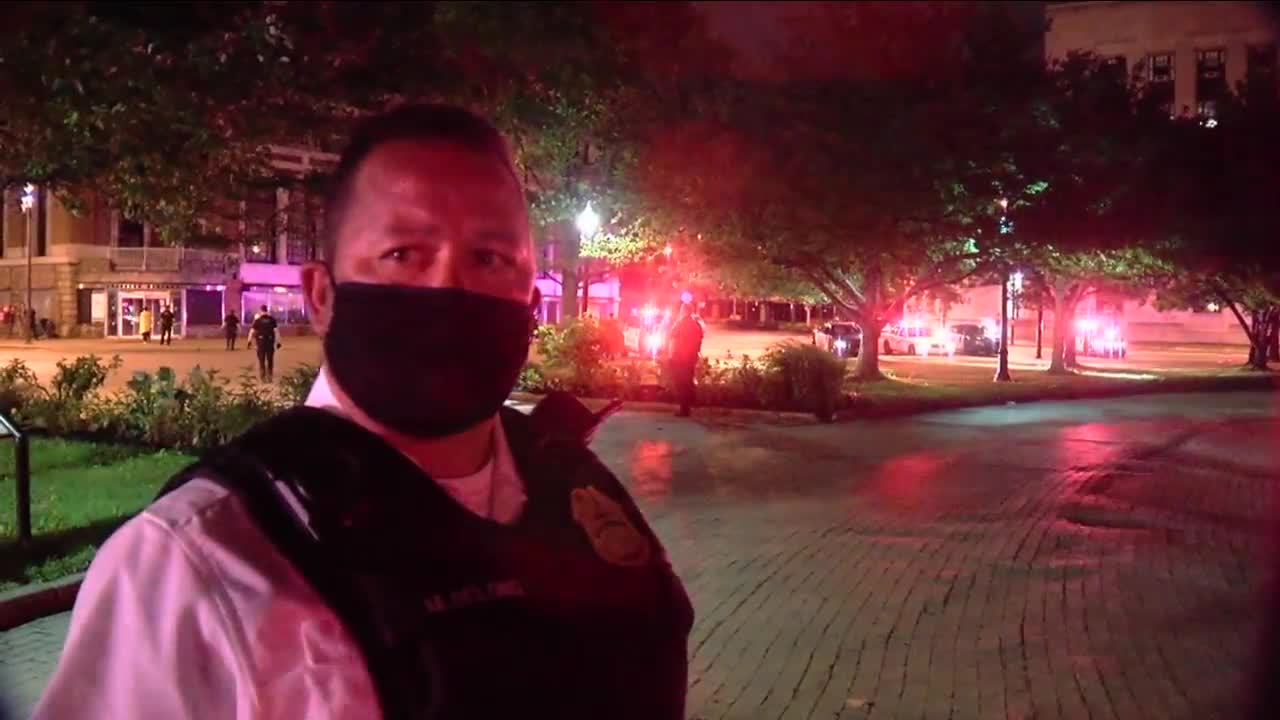 The Buffalo Police lieutenant who was suspended Monday after being caught on tape verbally harassing a citizen has been accused of misconduct before, 7 Eyewitness News has learned.

BUFFALO, N.Y. (WKBW) — The Buffalo Police lieutenant who was suspended Monday after being caught on tape verbally harassing a citizen has been accused of misconduct before, 7 Eyewitness News has learned.

A law enforcement source tells 7 Eyewitness News that Lt. Michael Delong was involved in a domestic incident in 2004 that was investigated by the Internal Affairs Division of the police department. The specifics of the internal investigation, as well as the outcome, are unknown.

Delong also got into a verbal disagreement with a 7 Eyewitness News photographer last week. The photographer was filming the arrest of 13 protesters in Niagara Square, and that incident was also caught on tape.

7 Eyewitness News reached out to Delong through Buffalo Police Benevolent Association President John Evans to see if Delong would like to give his side of the story or to have Evans speak for him. Evans did not respond to a message seeking comment.

On Monday, Delong was suspended after a recording surfaced of an incident at a 7-Eleven off Niagara Street by a woman confronting him about the officer’s handling of a man.

The woman questions why ten officers that she counted were on hand to arrest a man she said “is on drugs. Not in his right mind.”
Delong responded to the woman claiming the man was violent and holding a weight in his hand.
The woman recording the video said, “I wasn’t going to go near him.”

Delong responded, “Mhmm. You’re a disrespectful little f—— c—, that’s what you are.”
Buffalo Police Commissioner Byron Lockwood has ordered an immediate internal affairs investigation intoDelong. He has also been suspended without pay, according to police.

Police spokesman Mike DeGeorge did not immediately respond to an email seeking comment about Delong’s history.