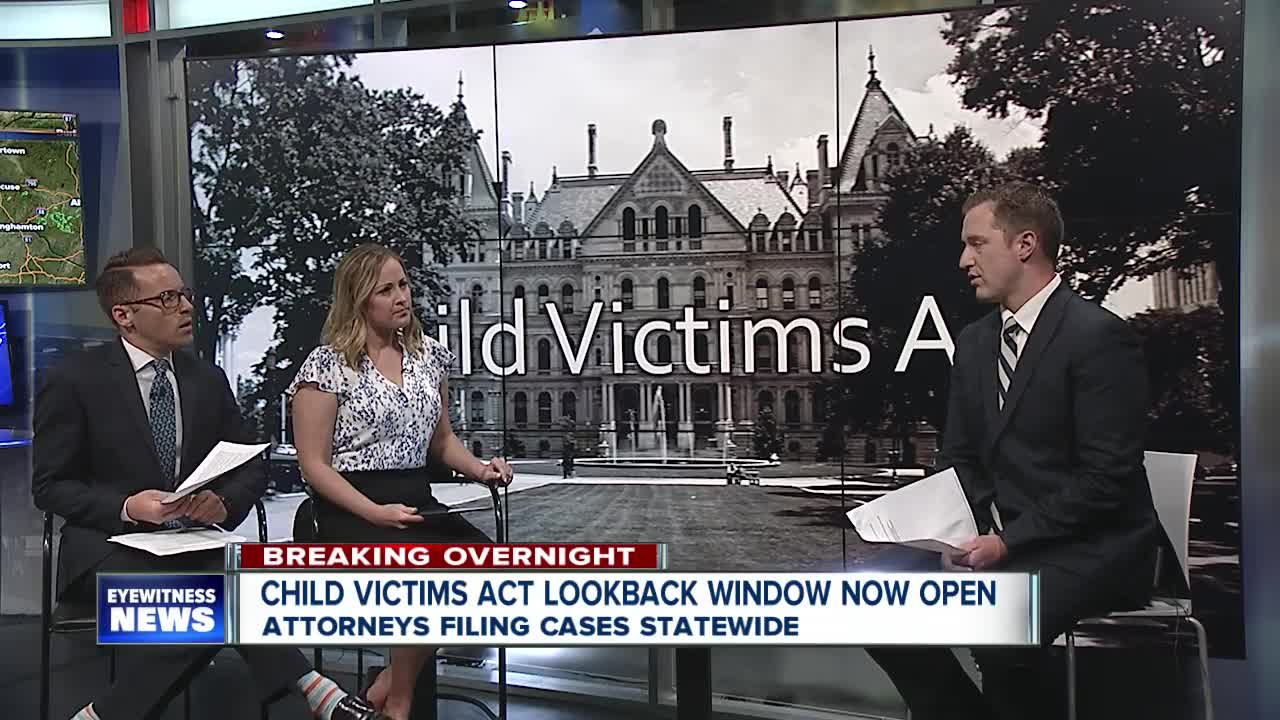 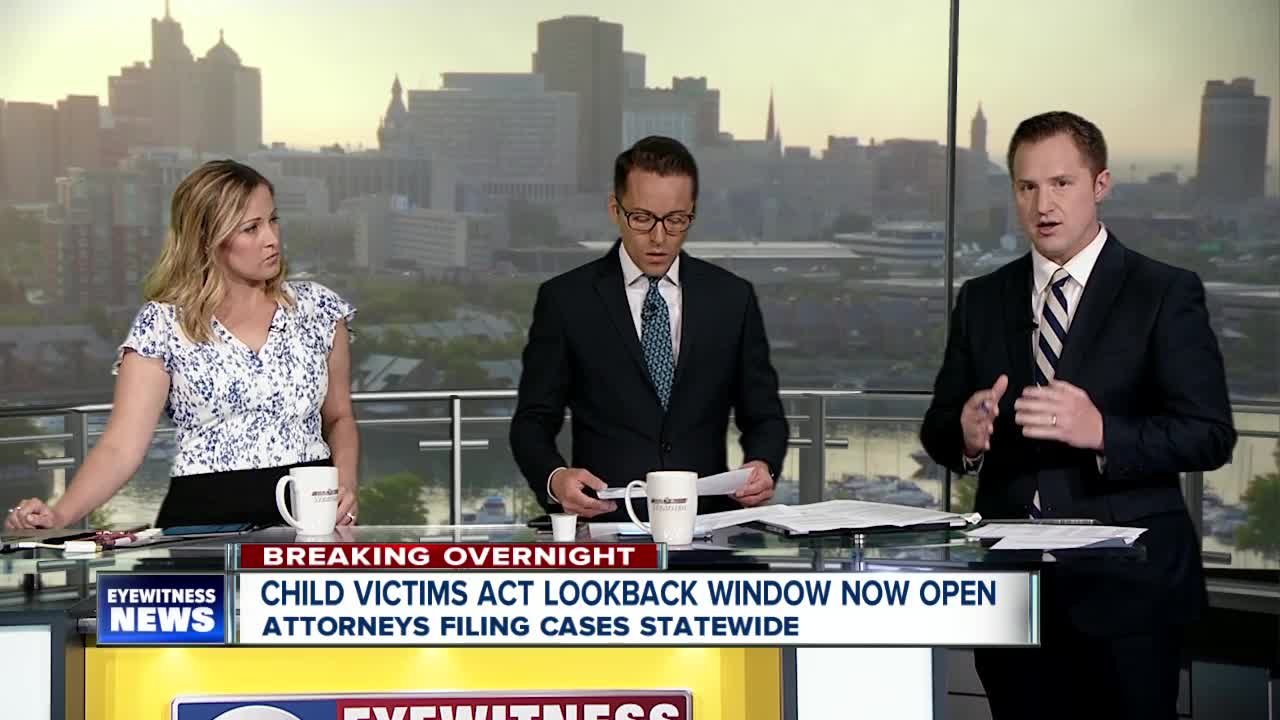 BUFFALO, N.Y. (WKBW) — When the clock struck midnight on Wednesday morning, attorney Steve Boyd's law offices were filled with staffers, survivors of child sex abuse, and media as the first claims under the Child Victims Act's one-year look back window.

The window allows victims of child sex abuse to file claims against alleged abusers with no statute of limitations-- meaning the alleged abuse could have happened decades ago.

A lot to cover. 96 filings. 94 of which are Buffalo Diocese filings. Most recent is from 1996 against Father Riter. The reason that all of these are being filed now is because it’s a first come first serve basis for trials. @WKBW https://t.co/vYz6ZfWYdz

Here are some of the important pieces of information we've uncovered:

Riter was the first active priest suspended after the 2018 sex abuse scandal.

Here are some important non-diocese related cases you should know about.

As for why so many filings are happening right at midnight and the early hours of today is due to the way cases are being assigned? Trial date is based on chronological order of when filings took place.

There are two judges for clergy victims and those that file first will see court dates first.

For some in Boyd's office early Wednesday morning, it has been a long wait.

Michael Whalen was one of the first to come forward in the Catholic Diocese of Buffalo sex abuse crisis. He spoke with Charlie Specht throughout Specht's ongoing investigation.

The majority of the claims visible on the New York State Supreme Court's database as of Wednesday morning were made against the Diocese of Buffalo. Bishop Malone released a video on Youtube ahead of the Child Victims Act's look-back window opening.

Search through the entire database compiled by 7 Eyewitness News

NOTE: This database contains information publicly available at nycourts.gov. Plaintiffs named in the database filed claims using their names. In the cases of plaintiffs who filed anonymously, 7 Eyewitness News included the Doe/Roe name and number assigned by the representing attorney.