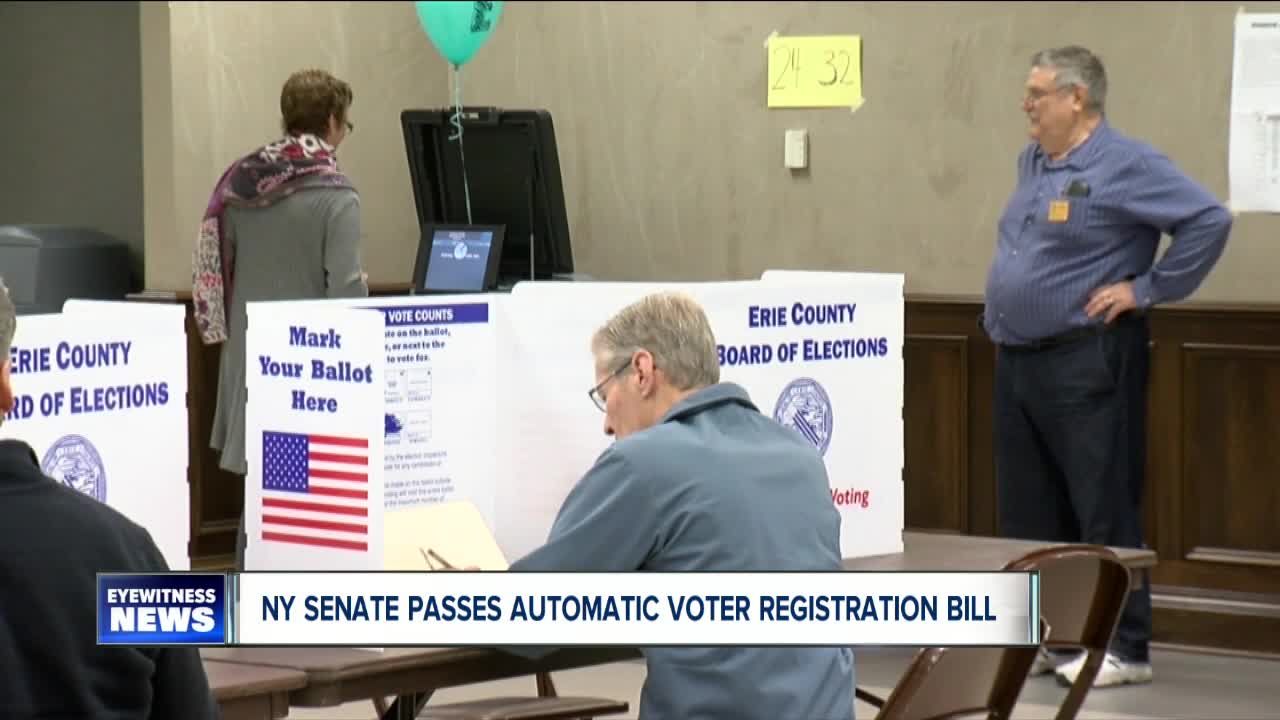 BUFFALO, N.Y. (WKBW) — The Senate passed automatic voter registration this week, so the next time you're filing paperwork at the DMV or the Department of Health, you are automatically registered to vote.

Zellner calls it a modernization of the election system to increase voter enrollment, and remove barriers for voters.

Republican Senator Rob Ortt calls it an "open invitation for election fraud." In a statement he said the bill "endangers the security of our elections and threatens to undermine the foundation of our democracy."

The Assembly has not yet voted on this legislation. There was an attempt to pass the bill last year but there were some flaws in the language that would have enabled some people to register to vote even though they were ineligible.

If the bill is passed by the Assembly and signed by Governor Andrew Cuomo, the measure would go into effect in two years.

"The agencies themselves are going to have to police themselves, the state it going to have to give us better, stronger guidelines," said Zellner. "And I don't think it's ever a bad thing when you try to increase people's participation in politics and government."

There are 15 other states that already have automatic voter registration.