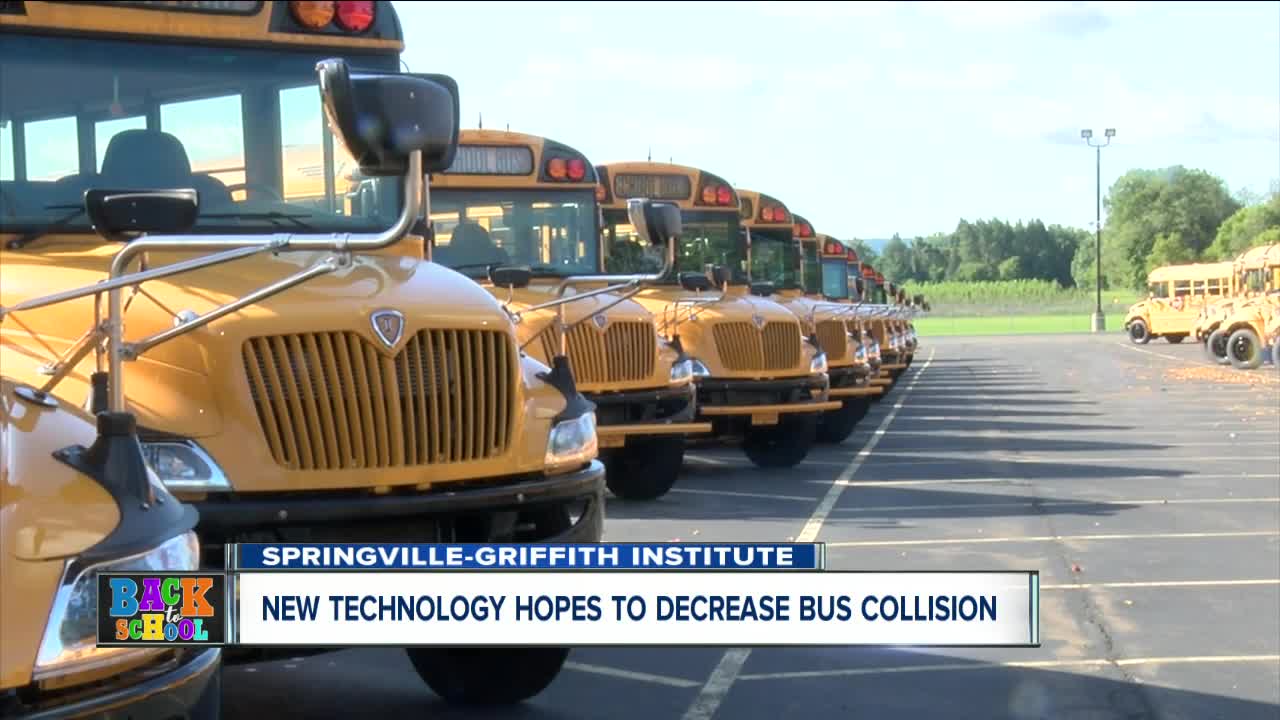 There are sensors in the front of the bus that detect the speed and distance a car is traveling in front of a bus. This new technology comes standard on all new Leonard Bus Sales Inc. buses. Superintendent Kimberly Moritz says this technology is not meant to do the job for the bus driver, but just act as an enhancement tool.

"Just because it has been efficiently used in other vehicles on the road so why not enhance what the school bus is already able to do with their well trained drivers," Kristin Sercu, Springville-Griffith dispatcher said.

The district starts school on Wednesday and drivers are interested to see how this new technology will help them on the road.

"Any technology the bus comes with is not nearly as important as the vigilance of the driver. So the training of the driver it is not meant to replace that it is just an added enhancement," Moritz said.

All future buses will also have this technology. Buses cost $115,000 and a trade-in bus costs around $38,000. The district traded in nine buses and bought seven new buses for the entire district to use.