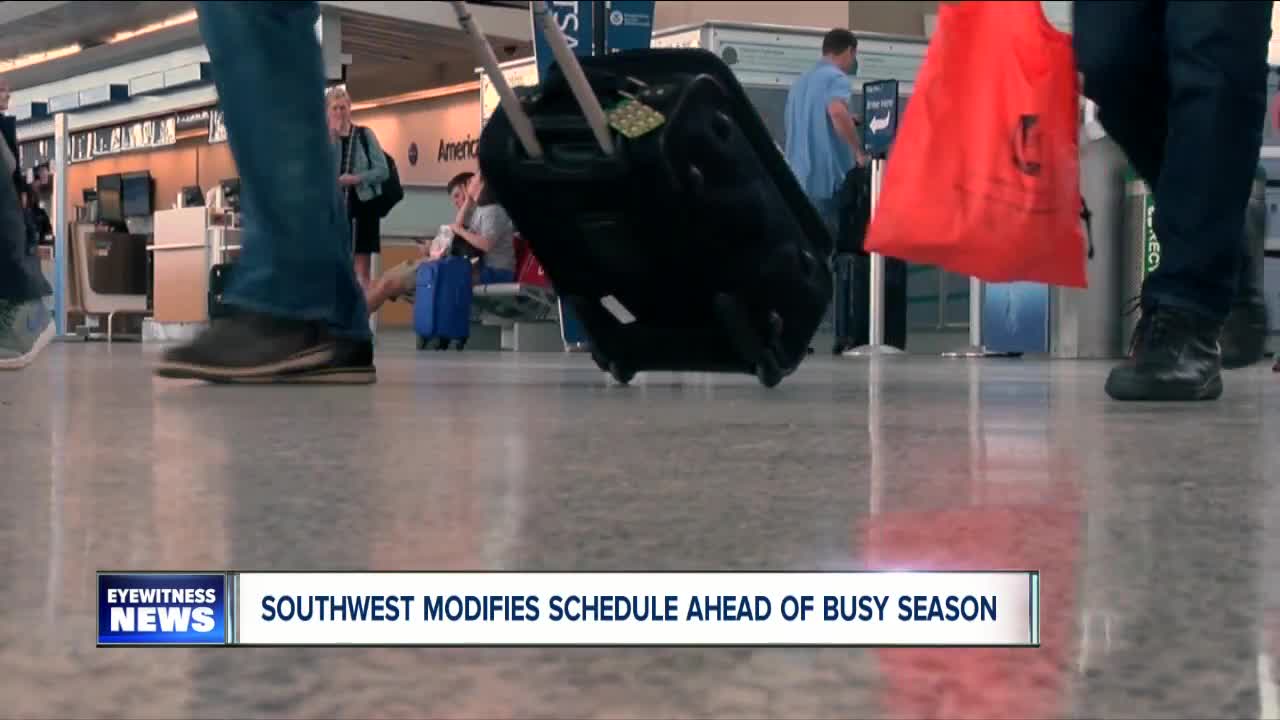 The airline's president, Tom Nealon, is letting customers know that it has modified schedules to avoid last-minute delays or cancellations.

BUFFALO, N.Y. (WKBW) — Picture this: it's almost time for your vacation.

You made plans well in advance, you show up with your swimsuit-filled luggage, only to find out your flight's delayed.

And you may not catch your connecting flight.

Southwest airlines doesn't want you to go through that. The airline's president, Tom Nealon, is letting customers know that it has modified schedules to avoid last-minute delays or cancellations.

The move comes several weeks after Southwest removed all Boeing 737 MAX 8 aircraft from its fleet, following the crash of two MAX 8 airplanes in recent months.

The airline has modified its flight schedule through August 5, and it can be found at Southwest.com

"I think it's great that the company and CEO are committed to putting the public at ease," said Josh Smith, who was flying to Minneapolis on Friday.

Smith works in film, which means he travels a lot. And he said he usually flies with Southwest.

"It's absolutely crucial for a business traveler that the flights be on time, that they be well coordinated. That you're not given 20 minutes to make a connections across two different terminals," he said

It's not yet clear when the MAX 8's will be back in service. But Smith said travelers shouldn't worry too much.

Southwest airlines has more than 750 Boeing 737 in its fleet Now 34 of those are MAX 8. They've been grounded since March in compliance with the FAA's requirements.

Nealon said the airline is "proactively" notifying customers who already booked their flights, and will be affected by the new schedule.

Here is some advice from AAA for travelers affected by the grounding of MAX 8 aircraft:

· Southwest is allowing customers previously booked on canceled MAX 8 flights to re-book on alternative flights without any additional fees or fares within 14 days of original date of travel.

· Travelers who have purchased travel insurance should consult their policy for coverage details.

· Travelers who booked independently should frequently check their reservations online.

· Most airlines will send emails regarding schedule changes. Travelers should check their emails and be aware of changes.

· Travelers should make sure that their airline has their current contact information and email addresses and be proactive in communication.