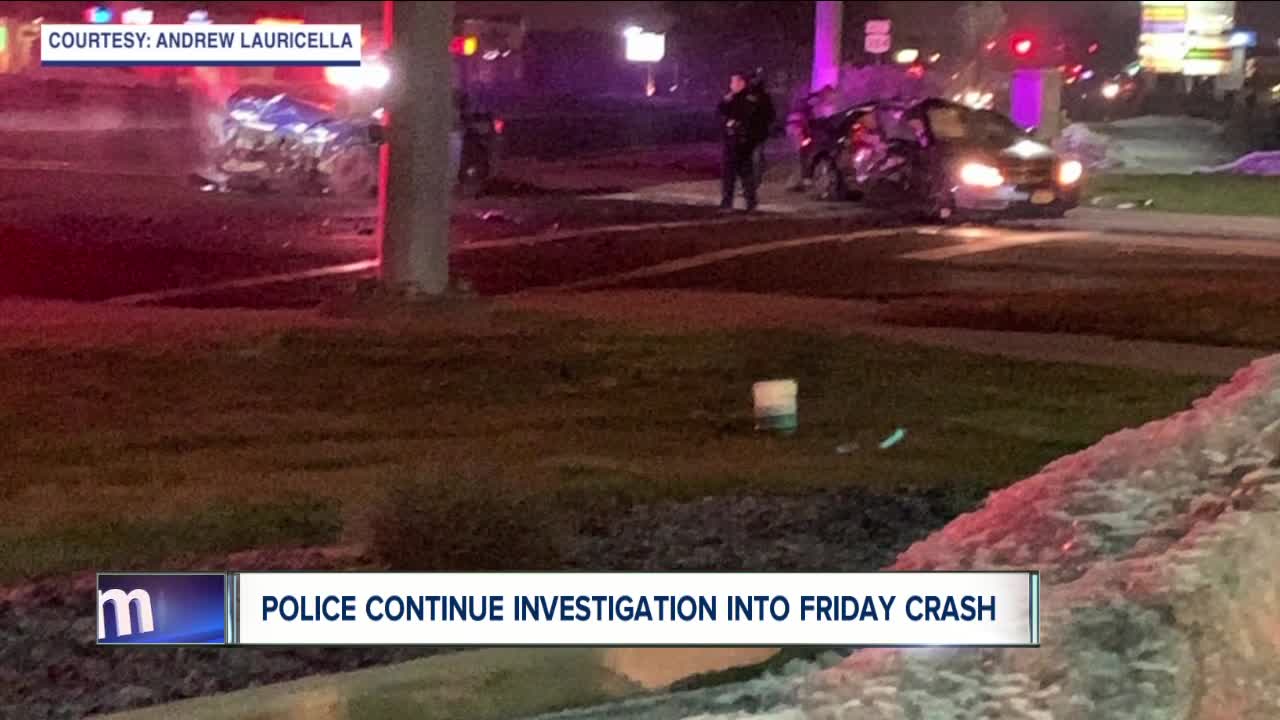 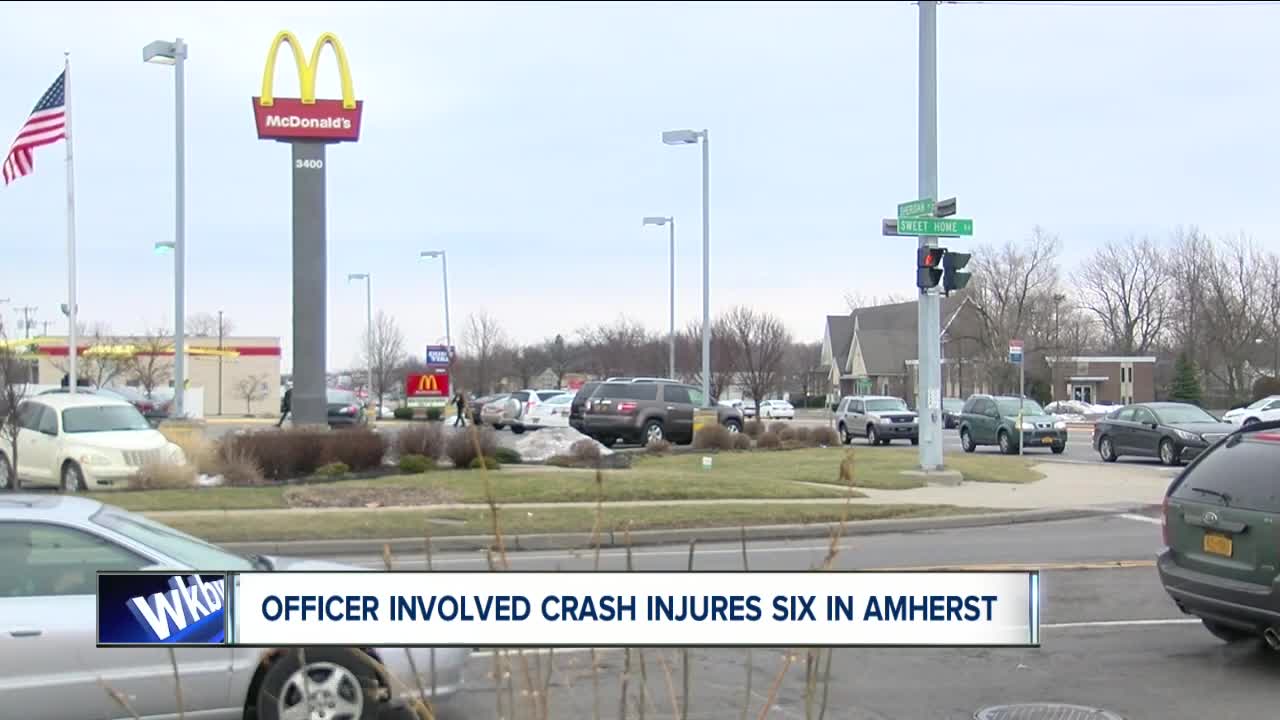 Police say an officer was responding to a call of a burglary in-progress when a crash occurred with a 2012 Chevrolet on Sheridan Drive near Sweet Home Road.

There were five occupants in the 2012 Chevrolet sedan that was involved in the crash, all were taken to ECMC.

"The driver and four passengers involved in a car accident Friday night with an Amherst police vehicle are University at Buffalo students. A representative from the university is at Erie County Medical Center, where the five students were taken for treatment. UB officials are in contact with the students families, and are providing whatever assistance is needed. The Amherst Police Department is investigating the accident."

As of Monday afternoon, Amherst Police Captain Kevin Brown said all families of the students involved in the crash had been notified.

The driver, a 20-year-old woman from Centereach, N.Y. is listed as stable with a head injury.
One other occupant has been released from the hospital, two are stable, and one is still in critical condition.

The officer was taken to Millard Fillmore Suburban Hospital with non-life threatening injuries.

Police released the names of those involved in the crash Friday:

The crash remains under investigation, they are not saying yet whether the occupants of the student vehicle were wearing seat belts.

Investigators will be canvassing the area for video and witnesses, anyone with information is asked to call Amherst police at (716) 689-1311.