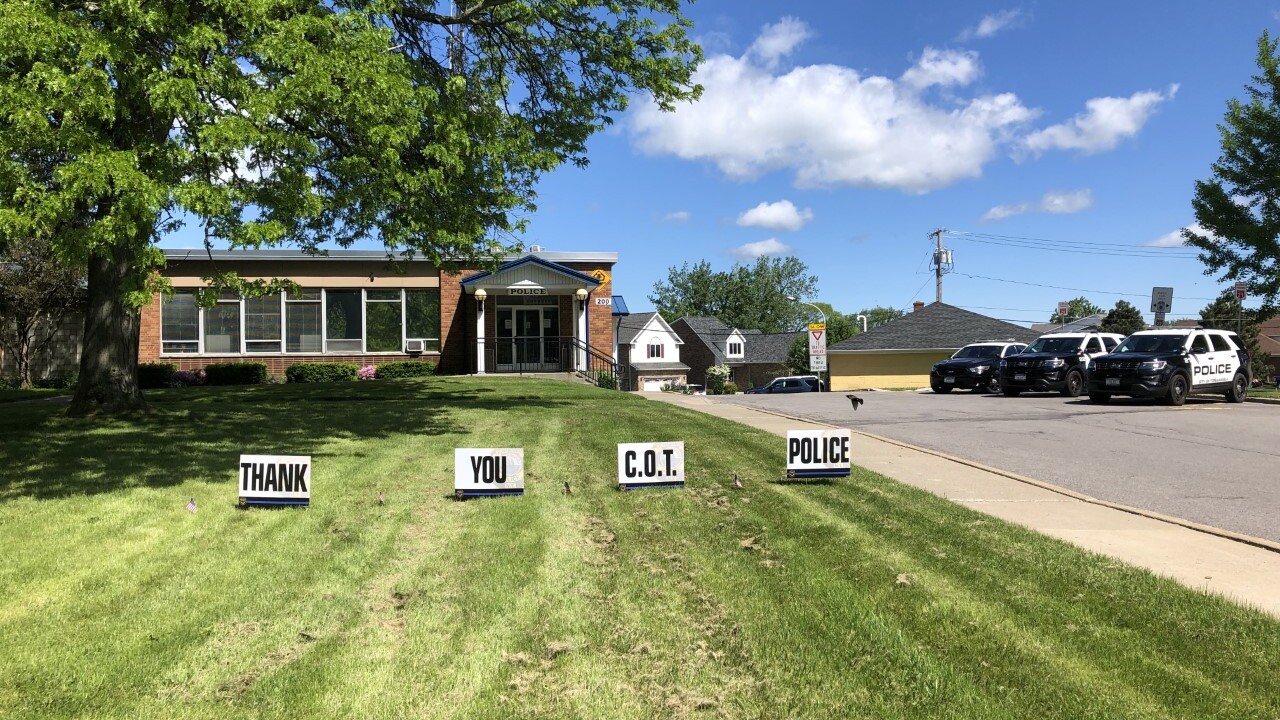 This show of support for Tonawanda Police was displayed outside of the station Saturday.

CITY OF TONAWANDA, N.Y. (WKBW) — A clear sign of support for City of Tonawanda Police was placed outside the headquarters on Niagara Street. Police sent us this photo of four signs reading, "Thank You C.O.T. Police" which were placed on the lawn of the headquarters over the weekend.

A City of Tonawanda Police detective was shot and injured last week during an investigation on Morgan Street. Police were investigating a shooting when they say the shooter returned to the scene, shooting Detective David Ljiljanich several times. The detective is recovering from his injuries. The victim in the initial shooting, Joseph Marasco, passed away at ECMC according to family.