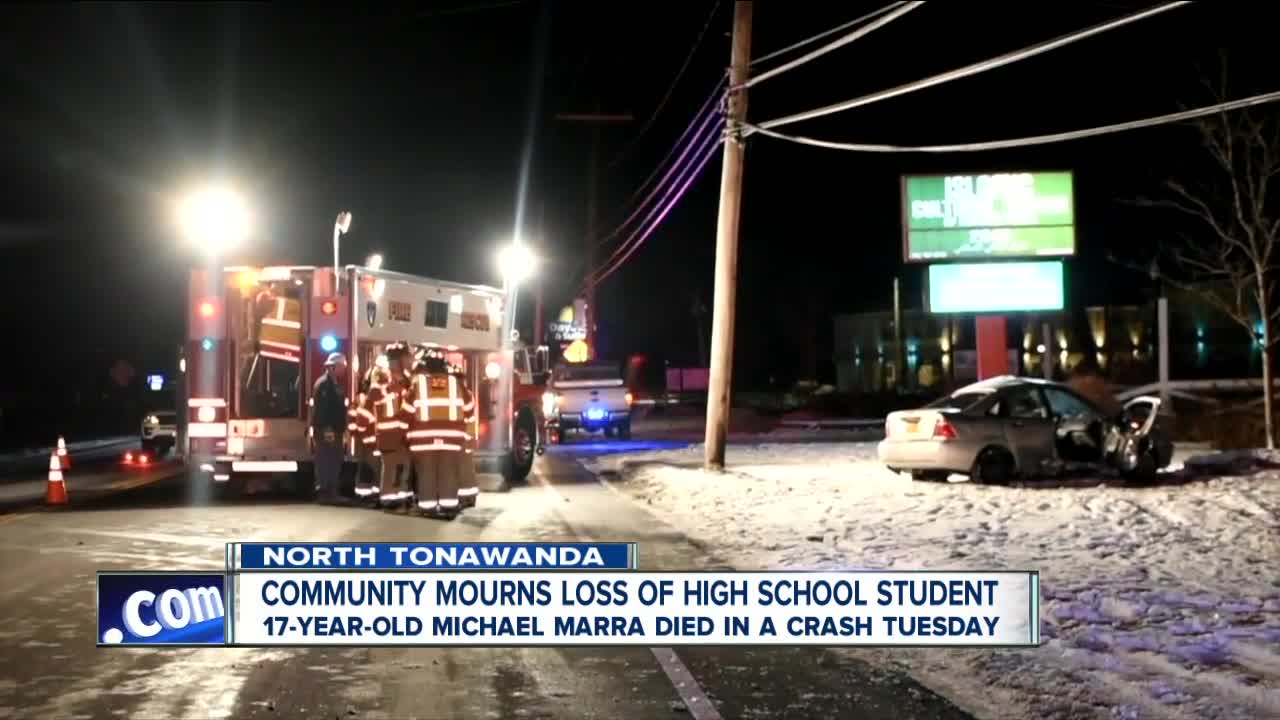 The Niagara County Sheriff's Office is trying to figure out what caused a crash that killed a man in the Town of Wheatfield. 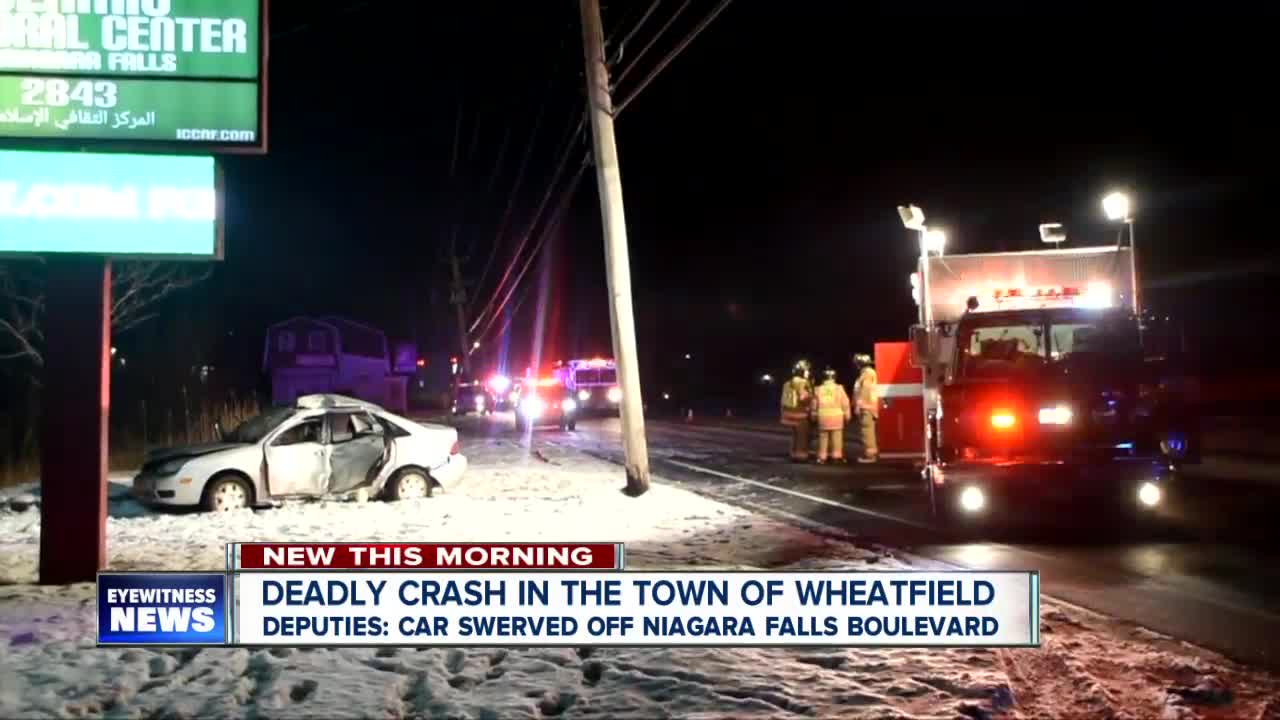 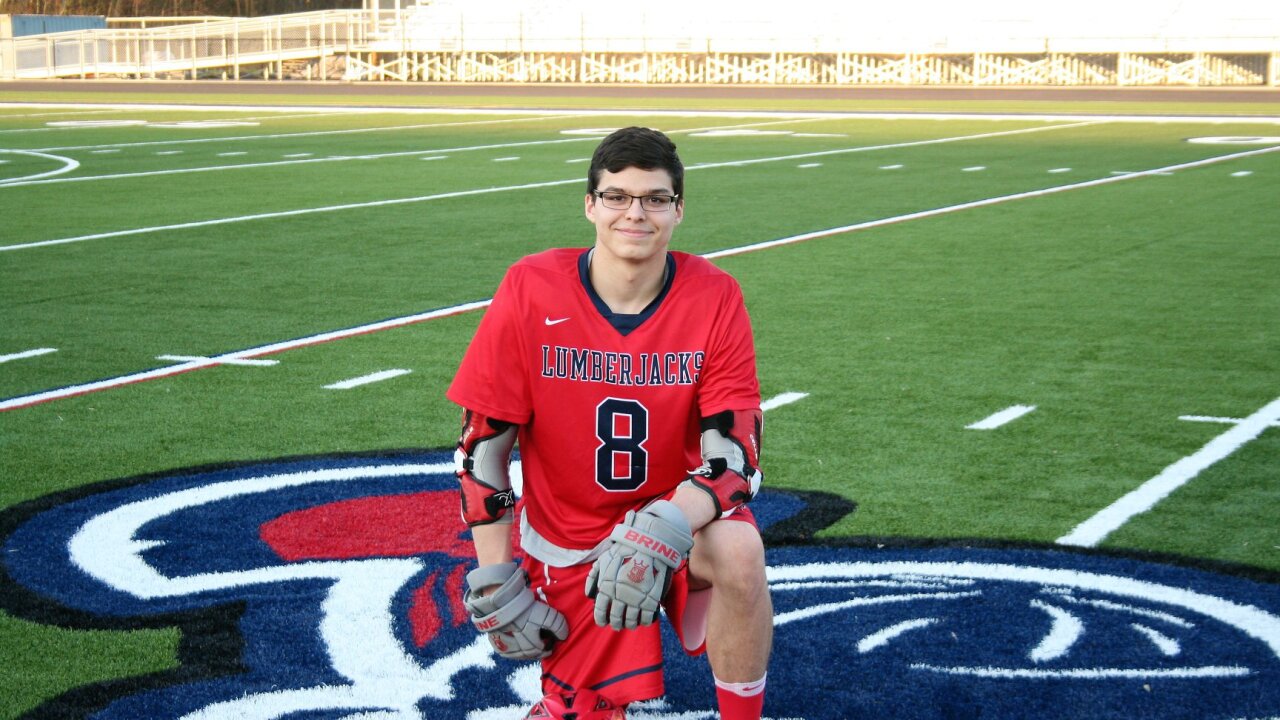 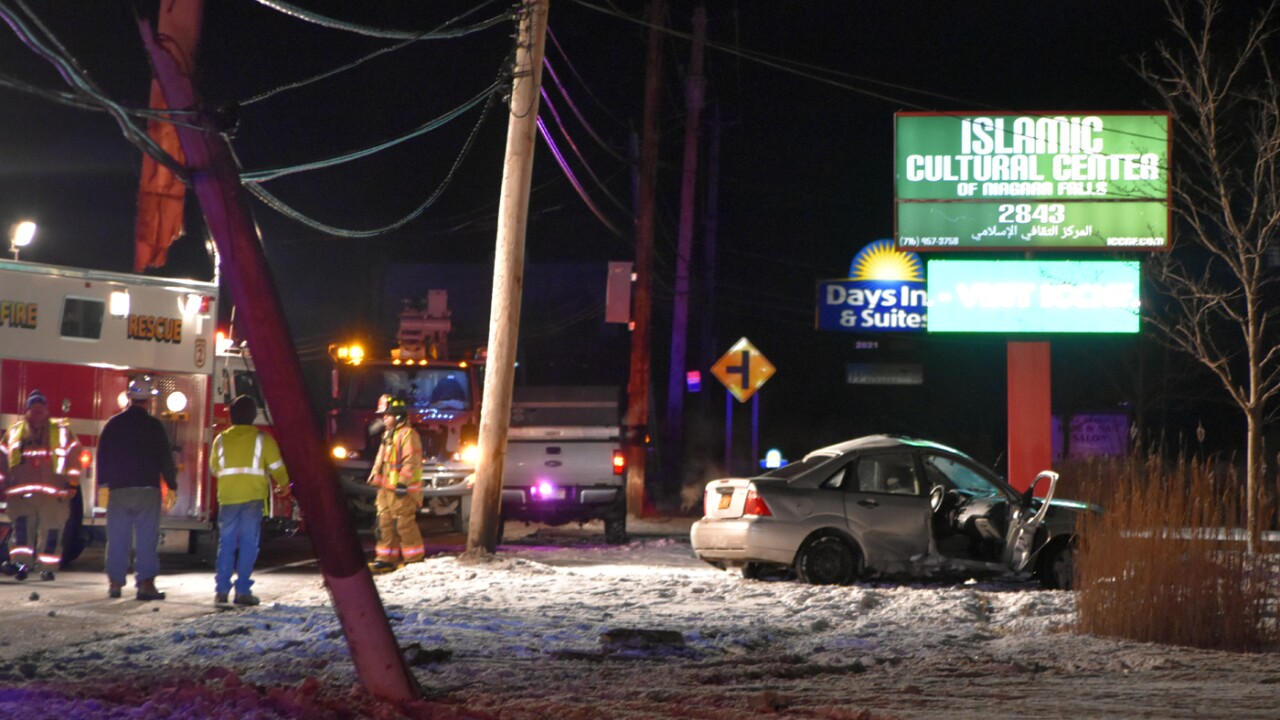 WHEATFIELD, N.Y. (WKBW) — The Niagara County Sheriff's Office is trying to figure out what caused a crash that killed a man in the Town of Wheatfield. 7 Eyewitness News has learned the man was a senior at North Tonawanda High School.

The sheriff's office says around 8:00pm Tuesday, it received several calls reporting a serious crash on the 2800 block of Niagara Falls Boulevard near Ward Road. When deputies arrived at the scene, they found a heavily damaged vehicle on the side of the road.

Investigators say the vehicle was heading west on Niagara Falls Boulevard when it swerved and went off the road, slamming into a telephone pole and a tree. The driver, Michael Marra, was rushed to Niagara Falls Memorial Hospital, where he died.

The school district says grief counselors will be available at the school from 8:00 am-3:00pm Wednesday and Thursday.