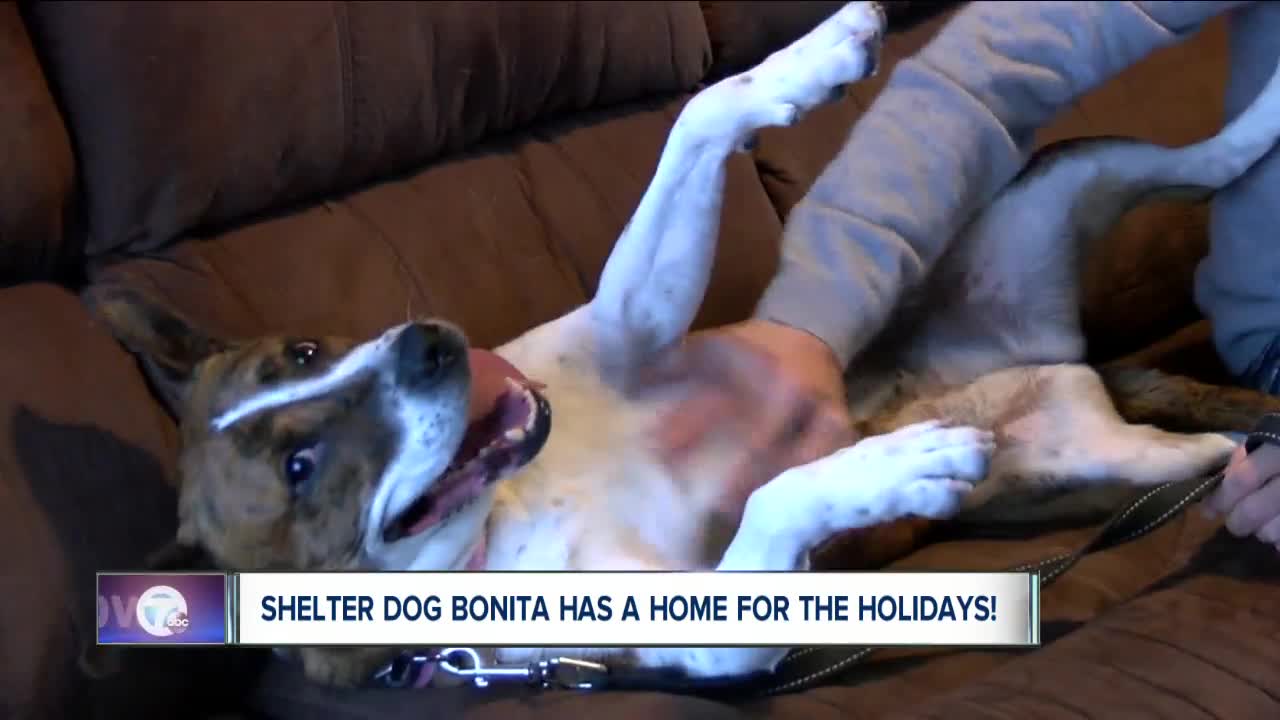 Ray Kinz said he adopted Bonita because he wanted to give her a chance, as a lot of older animals at shelters don't get adopted so often.

RANSOMVILLE, N.Y. — Bonita the five-year-pitbull mix cannot stop giving kisses to her new human to show how grateful she is. She had been at the Niagara County SPCA for 500 days.

"I don't know how she got passed up for so long at the shelter you would think I've had her for years not less than a week," said Ray Kinz, her new owner.

She was the shelter's longest resident until he adopted her.

"I asked them what dog is the oldest and which one's been here the longest and they showed me Bonita," he said.

Kinz said he adopted Bonita because he wanted to give her a chance, as a lot of older animals at shelters don't get adopted so often.

And after losing his own dog, he just wanted a friend.

"The house was a little empty, a little quiet. You kind of miss that dog running up to you when you open the door and just greeting you with all the love and attention," Kinz said.

And now that Bonita's been given a chance at getting a loving home, she's getting a lot of love from all over the world. Kinz opened up an Instragram account for her, and she's gained almost 4,000 followers since the account was created.

And now that she has a forever home, she gets to spend her first Christmas outside of the shelter.