Santa has a side hustle 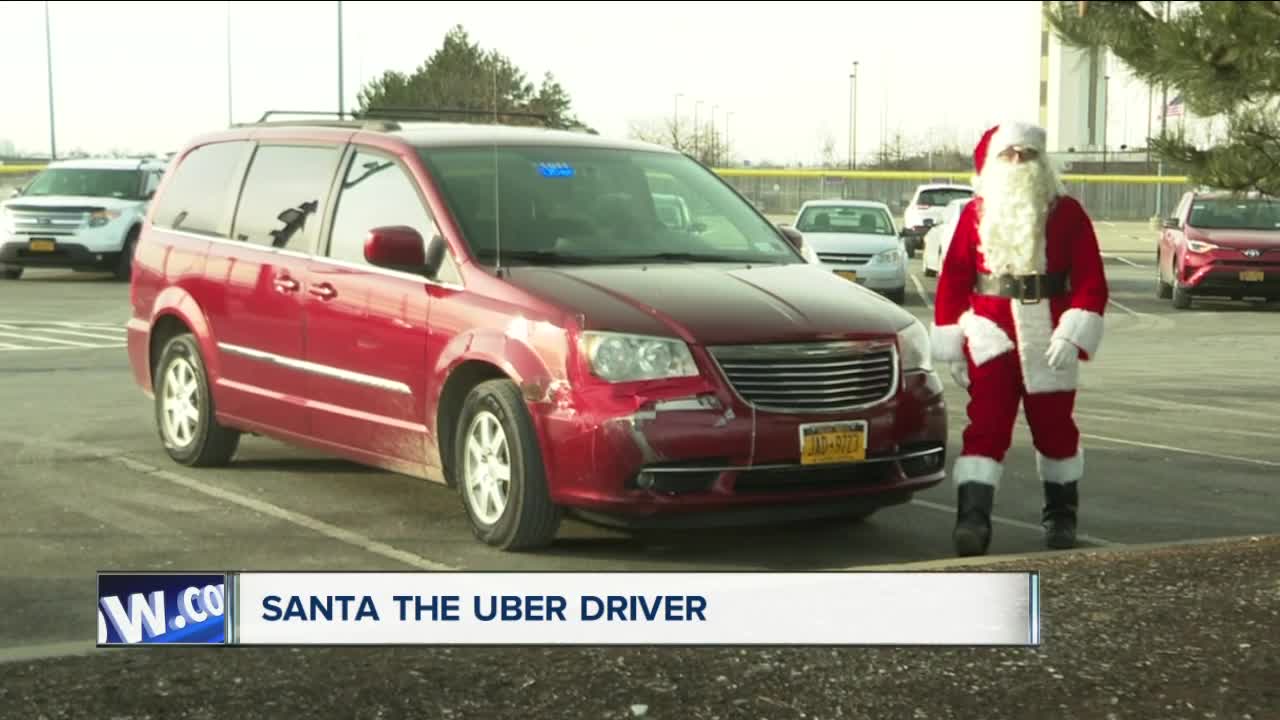 Christmas Eve, Santa drove by the Buffalo Niagara International Airport, he waved and even stopped to say hello.

CHEEKTOWAGA, N.Y. (WKBW) — One of Santa's helpers name is Mark Damato, He's from Holley, NY and drives his red minivan for Uber and Lyft all over Rochester and Buffalo giving good little boys and girls rides home.

“I have had to get out and take so many pictures with people it's crazy,” said Damato. That’s because he dresses up like Santa Claus while he drives people around.

Christmas Eve, Santa drove by the Buffalo Niagara International Airport, he waved and even stopped to say hello.

While, he gets a few more tips and 5 star reviews, that's not what makes him dress up in a Santa suit.

“I get a great feeling from it. Just seeing the people's faces,” said Damato.