Revised marijuana and taxation act brought to the spotlight in Albany 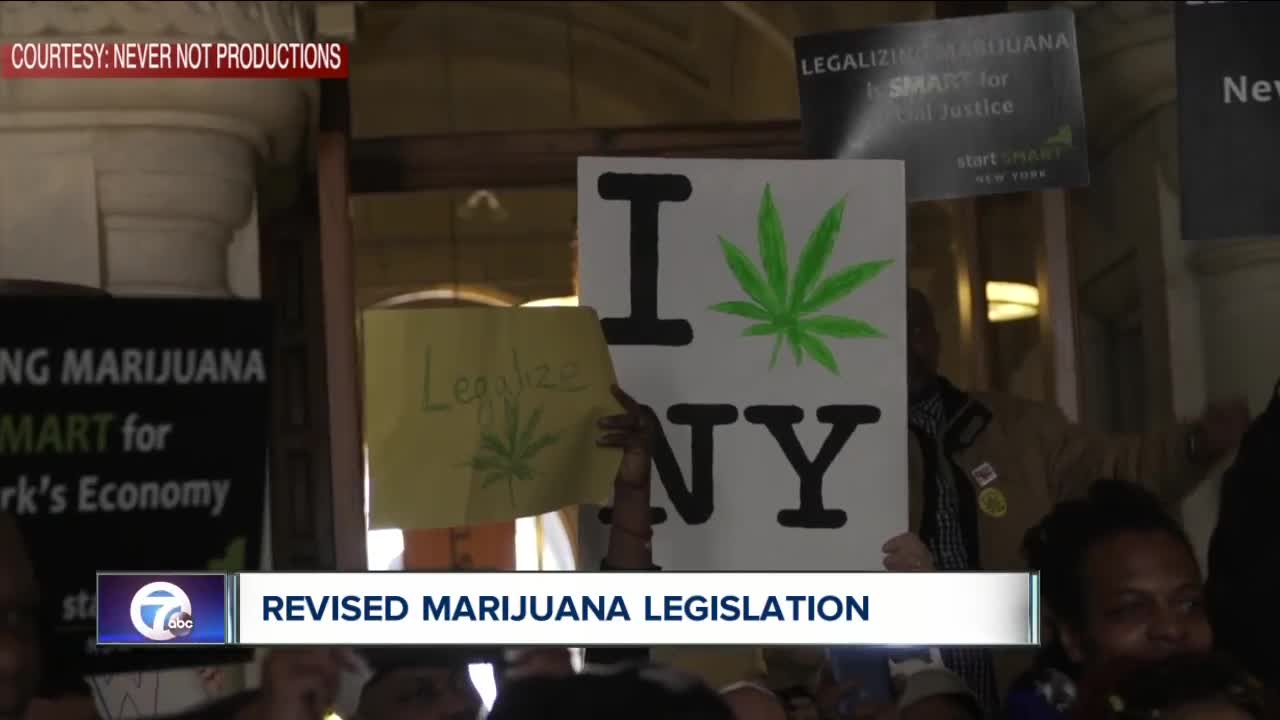 In the battle of marijuana being legalized in New York State-- legalization is edging out in Albany. A revised Marijuana Regulation and Taxation Act was introduced with help by Crystal Peoples-Stokes on Friday.

BUFFALO, N.Y. (WKBW) — In the battle of marijuana being legalized in New York State-- legalization is edging out in Albany. A revised Marijuana Regulation and Taxation Act was introduced by Assembly Majority Leader Crystal Peoples-Stokes and others on Friday.

The initial act was proposed in January. Governor Andrew Cuomo also proposed legalizing marijuana back when the budget was being proposed. This revised act, takes many aspects of both of these pieces of legislation.

The revised bill adds:
-A new government agency specifically for regulation and legalization of marijuana, The Office of Cannabis Management. This office would oversee adult use of the substance, medical marijuana, and hemp extracts like CBD oil.

"For the first time a fully complete proposal in the legislature that would actually regulate all aspects of the cannabis plant in New York," Melissa Moore, Drug Policy Alliance New York State Deputy Director said.

-Part of the bill will also grant people convicted of marijuana charges to be re-sentenced or have their charges removed completely. This is one part of the bill Peoples-Stokes says is a main reason why she helped introduce the legislation.

"The most important thing for me is the opportunity to have people's records eliminated that prevents them from going to college, prevents them from getting a job," People-Stokes said. "Really lands them in an area where they will never recuperate."

-On the business end of things-- the bill provides the guidelines for people to produce, process and sell marijuana and also sets up the marijuana revenue fund.

People-Stokes says she is optimistic that the bill will pass before the current term ends at the end of June.