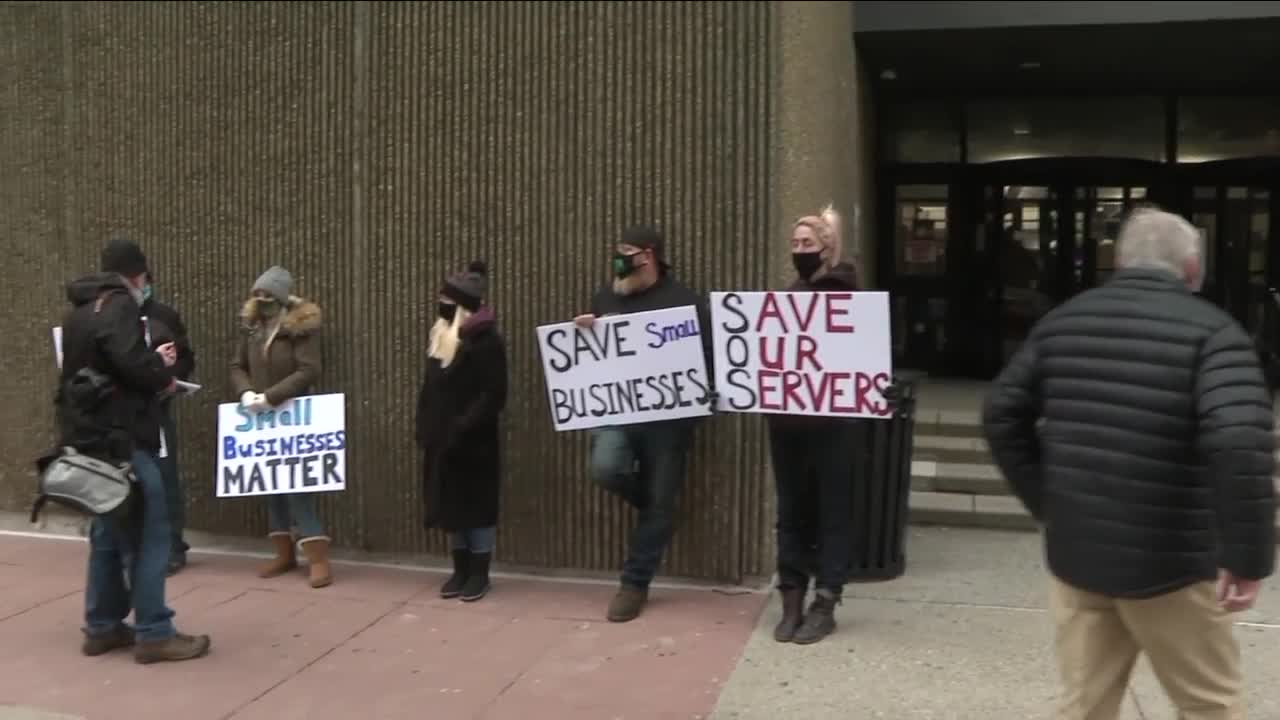 Lawyers for restaurants and NYS presented their cases in court on Friday. 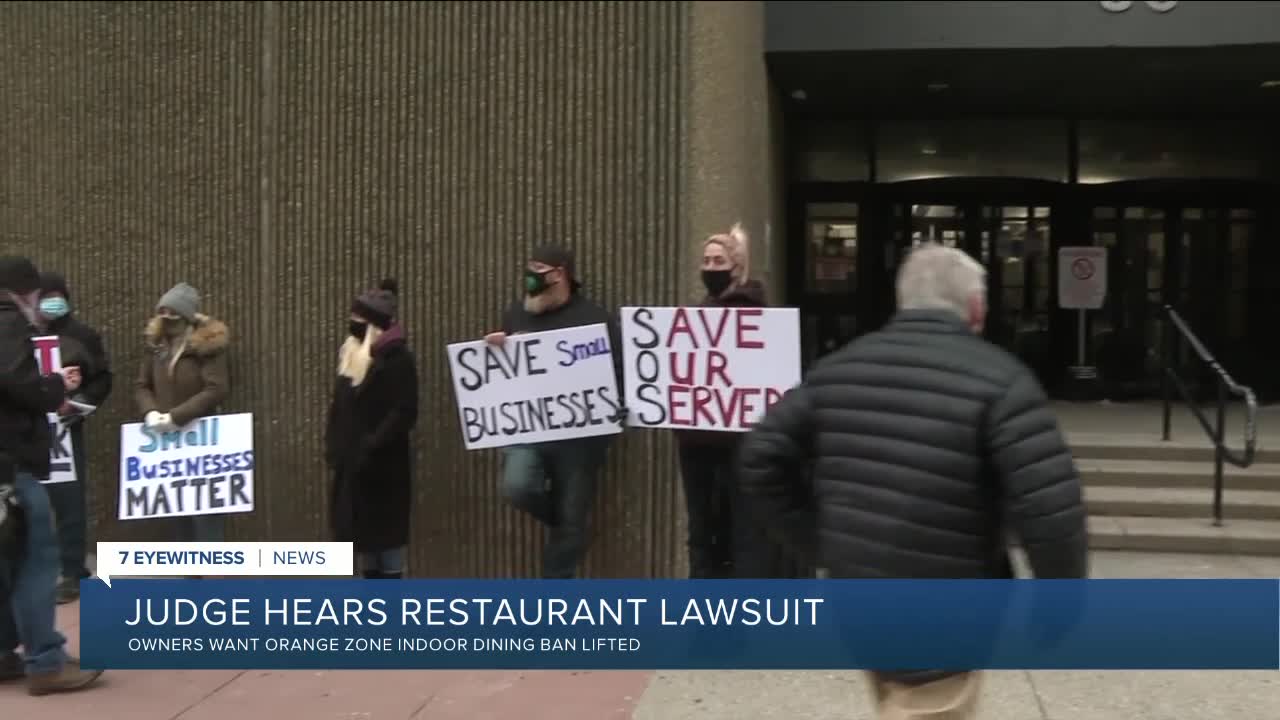 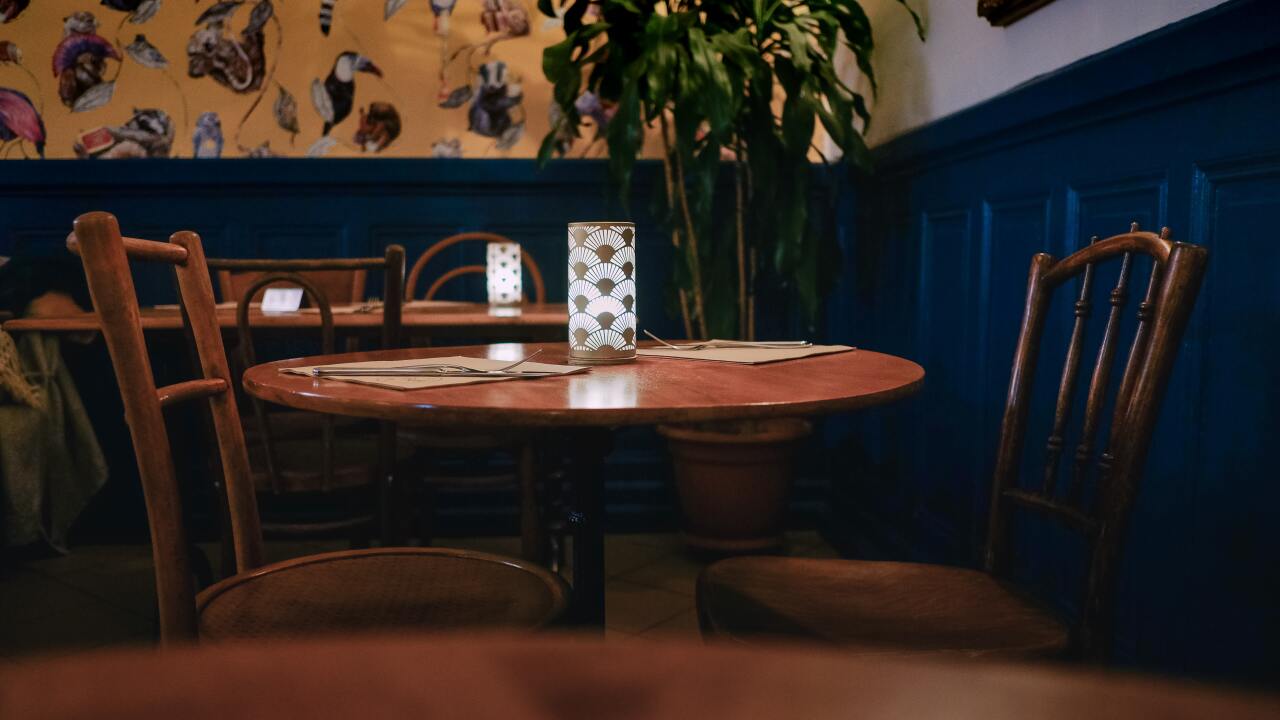 BUFFALO, N.Y. (WKBW) — Restaurants in Erie County's orange zone are fighting for indoor dining. About 90 restaurants are suing New York, according to the restaurants lawyers. They want to reopen under the same restrictions the state put in place in June.

In a virtual court hearing on Friday, Judge Henry Nowak did not make a decision on whether they'll be allowed to do that. He said he plans on deciding by Wednesday.

Brandon Carr owns The Quarter, one of the restaurants suing the state, and said he is confident they will win following the hearing. Before the hearing began restaurant owners and employees gathered outside holding up signs like "save our servers," and "let us work.

“This is going to be years for us just to even recover, and there’s gonna be places that even when they reopen will not be able to just rebound from this,” Carr said.

Lawyers at HoganWillig Attorneys at Law said the restaurants are being treated unfairly and the state does not have enough of a reason to keep them closed. They cited December NYS contact tracing data that shows 1.43% of cases statewide came from bars and restaurants while most cases came from household gatherings.

“You have to have a reason, and if you don’t have a reason, you can’t pick on somebody and go after them, and that’s what’s been happening here," Corey Hogan, partner and owner of HoganWillig Attorneys at Law, said. "The restaurants are the ones who have been destroyed and scapegoated and the proof is they are not contributing in any way to the problem.”

Lawyers for the state said they're relying on CDC guidance that classifies indoor dining as high risk.

“The state doesn’t have to wait until an activity that they know is high risk and dangerous to hurt somebody to start regulating,” Joel Terragnoli, representing NYS, said.

The state said it sympathizes with restaurants monetary losses, but on the other side there are people's lives. It said it cannot justify opening businesses as things are getting worse.

“Its impossible for the state then to say that the increase in the positivity rate has anything to do with our clients because it can’t, they’ve been closed down other than takeout and outdoor dining,” Hogan said.

Other businesses like Zoom Tan and LASERTRON recently won their reopening lawsuits.