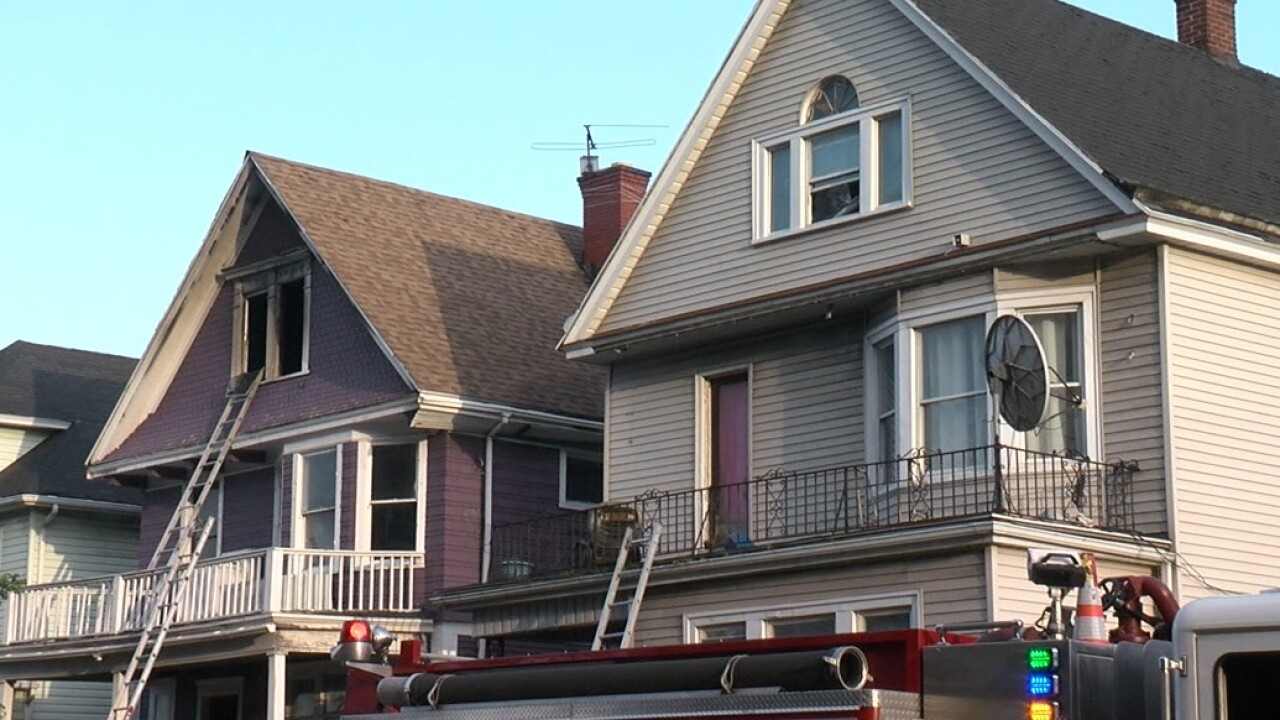 Firefighters work to put out a fire that damaged two homes on Kensington Avenue in Buffalo Friday evening.

BUFFALO, N.Y. (WKBW) — The Red Cross is helping 18 people who were affected by a fire that damaged two homes Friday evening. Firefighters responded to a fire at a home on Kensington Avenue just before 6:25 pm.

Investigators say the fire began at 79 Kensington, then spread to 85 Kensington next door. No injuries have been reported.

Firefighters are continuing to work on determining a cause for the fire.