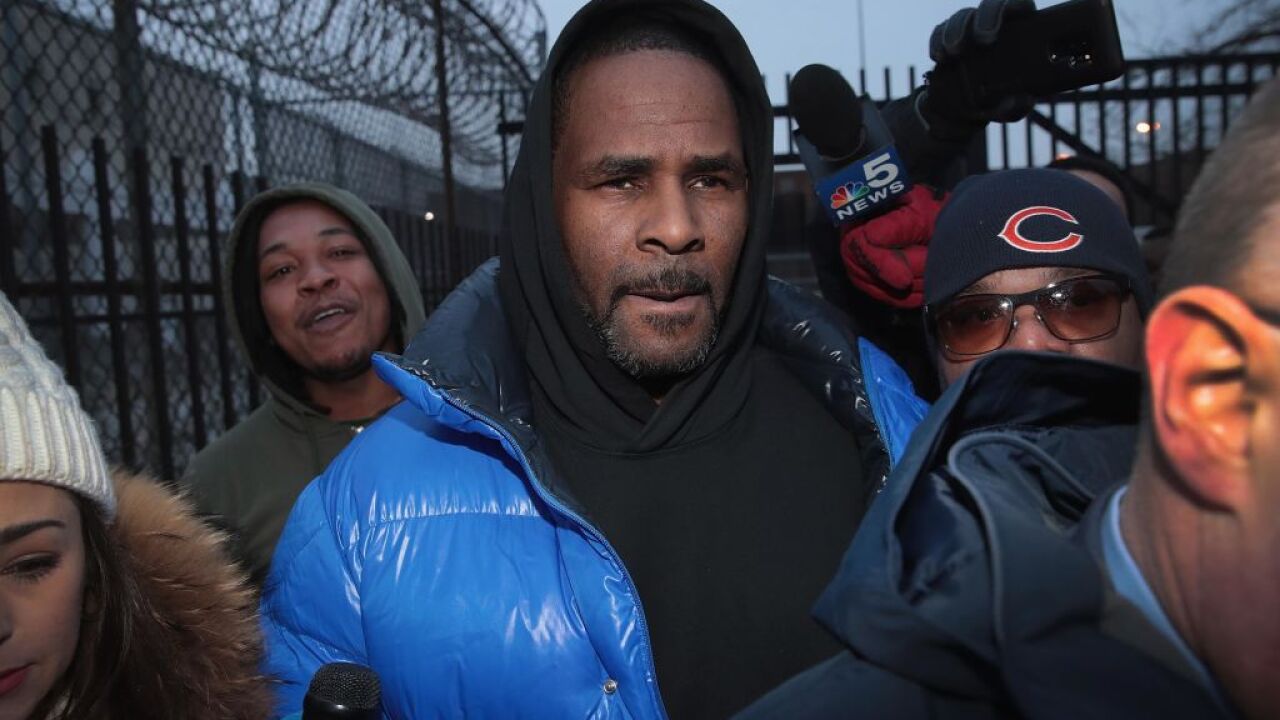 CHICAGO (AP) — Singer R. Kelly was arrested in Chicago Thursday after he was indicted on 13 federal counts including sex crimes, a U.S. Attorney's office spokesman said.

Joseph Fitzpatrick said the R&B singer was taken into custody about 7 p.m. local time and was being held by federal authorities.

He was arrested after a 13-count federal indictment was handed down earlier Thursday in federal court for the Northern District of Illinois.

The R&B singer already faces separate state sex-related charges in Illinois involving four women, three of whom were minors when the alleged abuse occurred. He pleaded not guilty to those charges and was released on bail.