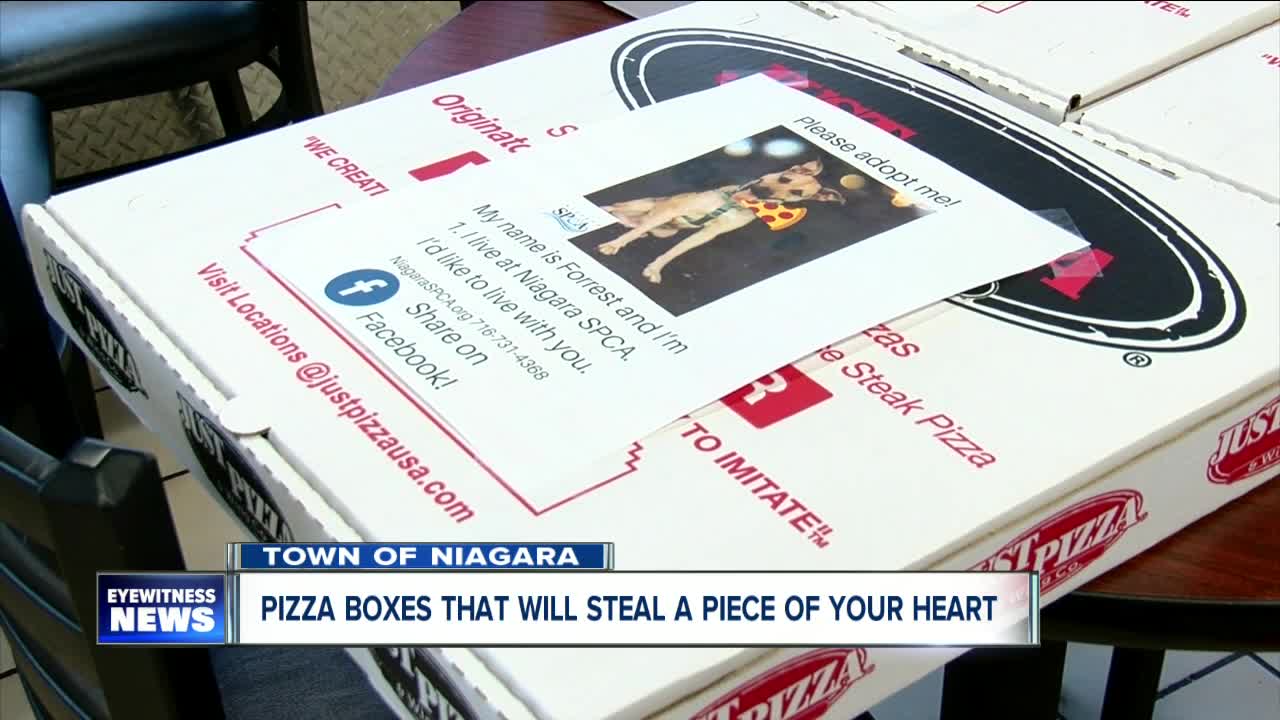 Larry is headed home this week. He was featured on a flyer on a pizza box from Just Pizza in Amherst. It could be the reason the 6-month-old pup found his forever family. 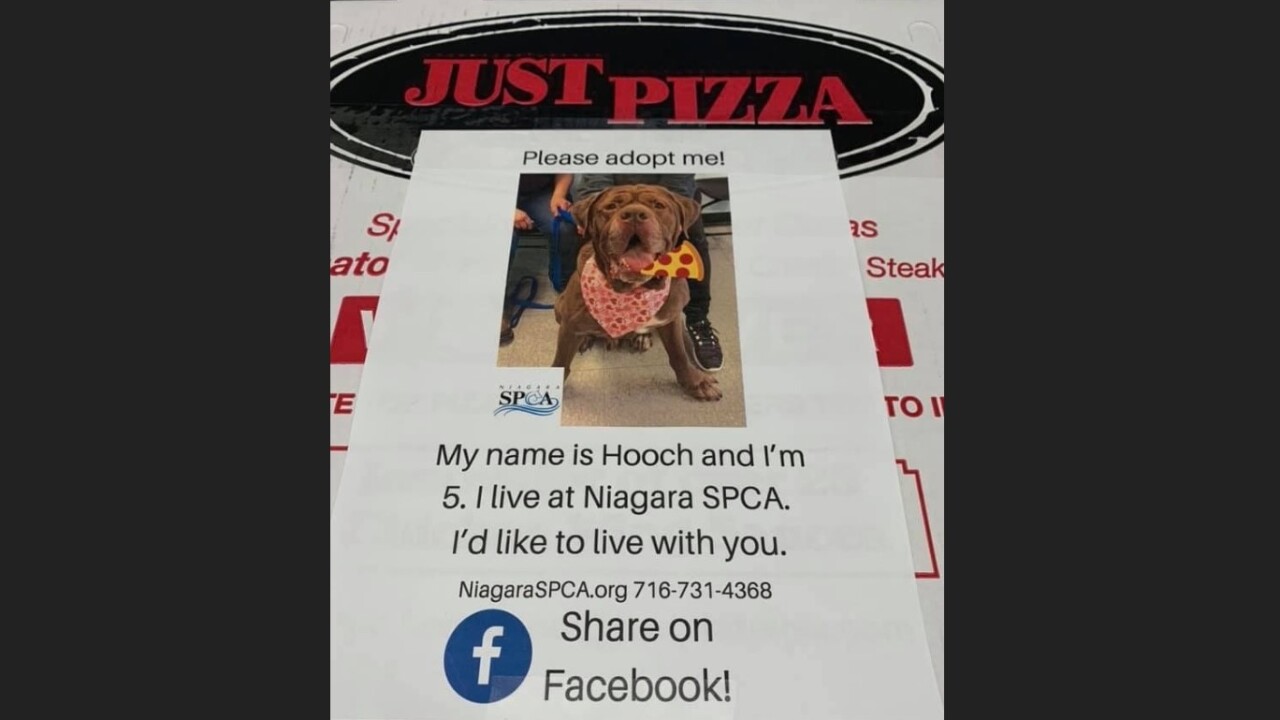 AMHERST, N.Y. (WKBW) — Larry is headed home from the Niagara SPCA this week. He was featured on a flyer on a pizza box from Just Pizza in Amherst. It could be the reason the 6-month-old pup found his forever family.

"It very well could because people are sharing these flyers all over social media, so perhaps someone saw it and adopted Larry," said Kimberly LaRussa, the event coordinator at the Niagara SPCA.

On Friday, the Niagara SPCA announced it has teamed up with the Just Pizza in Amherst to help shelter dogs get adopted. Adoptable dogs appeared on pizza boxes over the weekend in hopes of inspiring customers to share the dog's photo or adopt them.

"Pizza boxes are pretty plain, and so you add a shelter dog to it and it adds a little fun to it," said LaRussa, "I reached out to Mary Alloy of Just Pizza and I said youknow we would like to advertise our shelter dogs on your pizza boxes. She immediately said yes."

"I couldn't wait. I never expected it to do this, never," said Mary Alloy, the owner of Just Pizza in Amherst, "It takes like nothing. Whatever I can do because I"m really trying to help the Niagara SPCA."

Mary said she didn't see the massive, positive social media response coming. She's been overwhelmed with thousands of shares and messages on social media. People across the country are asking Alloy how she managed to start sharing the flyers.

"Everything that I read on my phone right now, I just cry. It's just unbelievable," said Alloy.

Now, the partnership plans continue sharing these flyers because of the community's response.

"We're just going to keep on doing it till they're all adopted," said Alloy.

"I just hope that maybe one day we can walk into the the shelter and have all the cages cleared. That is what I hope comes out of this," LaRussa said.

Just Pizza's Amherst location is at 2319 Niagara Falls Boulevard. They say they will offer a $50 Just Pizza gift certificate to anyone who adopts a dog and shows their flyer at the time of adoption.