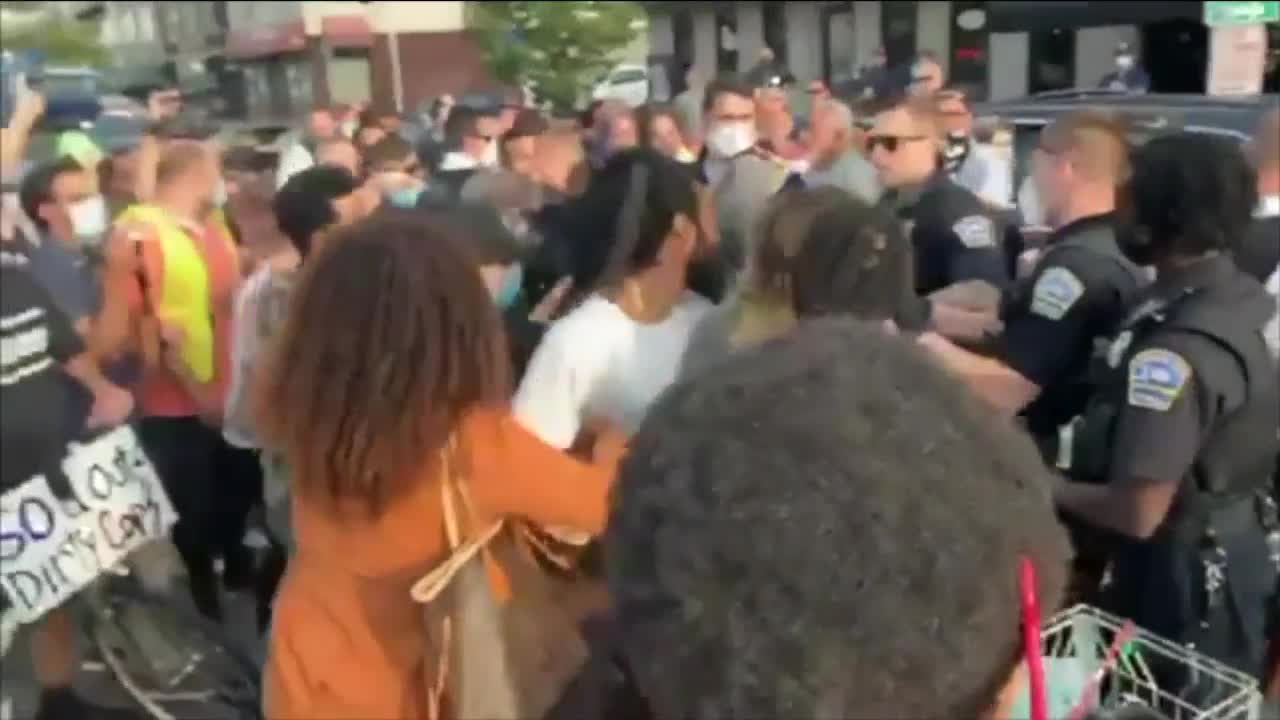 There was a confrontation between the two groups. Patrons of the bar did shout racists slurs. The Black Lives Matter protesters shouted back. Police were able to separate the groups. 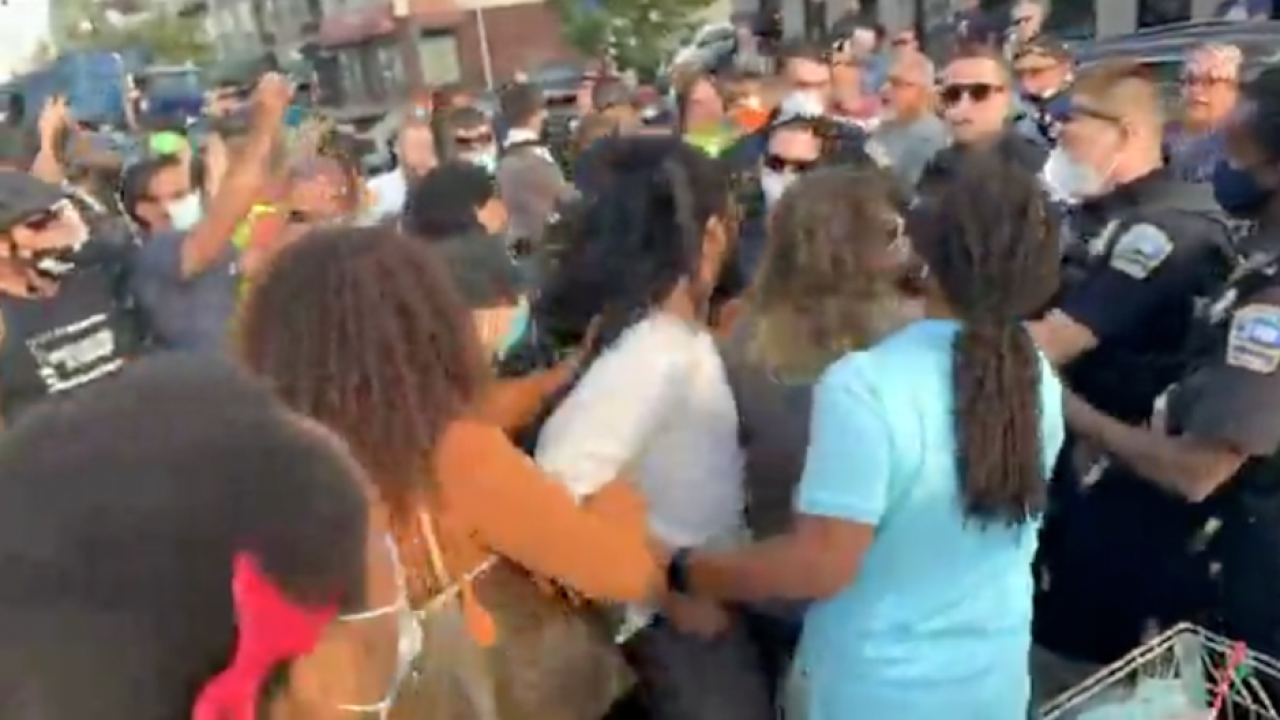 BUFFALO, N.Y. (WKBW) — Last Friday's protest coincided with the anniversary of the first March on Washington. People were calling for equality for all, especially Black people.

During the protest on Hertel Avenue in North Buffalo, protesters say they were victims of an alleged hate crime. A man pulled a knife out and started yelling racial slurs.

“He addressed that he had a knife and he eventually showed it to us,” recalled Darien Chandler, an activist with the Buffalo Liberation Collective. He was there last Friday when Michael Cremen of Franklinville pulled out a knife.

“It just shows the white privilege that this man was able to have a knife in his hands in broad daylight and we’re exercising our American right and for police not to do anything. A man just got shot seven times, in Wisconsin, for having a knife in his car,” added Chandler.

Cremen was charged days later with menacing and other charges.

Tuesday night, a rally and march was held to show that Buffalo doesn't stand for any type of racism. Speeches were held on the lawn of North Park Community School.

The march went right by the spot where Friday's altercation happened. Just down the road at M T Pockets Bar, a group of counter protesters, who appeared to be defending the man who was arrested, were waiting for the march.

There was a confrontation between the two groups. Patrons of the bar did shout racists slurs. The Black Lives Matter protesters shouted back. Police were able to separate the groups.

“You see them put their bodies in front of us and them, as though they are protecting them from us,” said Chrono Cross about the Buffalo Police. She was one of Tuesday’s protesters. She brought her daughter to the protest.

Buffalo Police say they were protecting both parties from one another.

Cross, who was right there with her bike during last Friday's altercation, doesn't understand how people can speak in favor of an alleged hate crime.

Buffalo Police say no one was arrested.