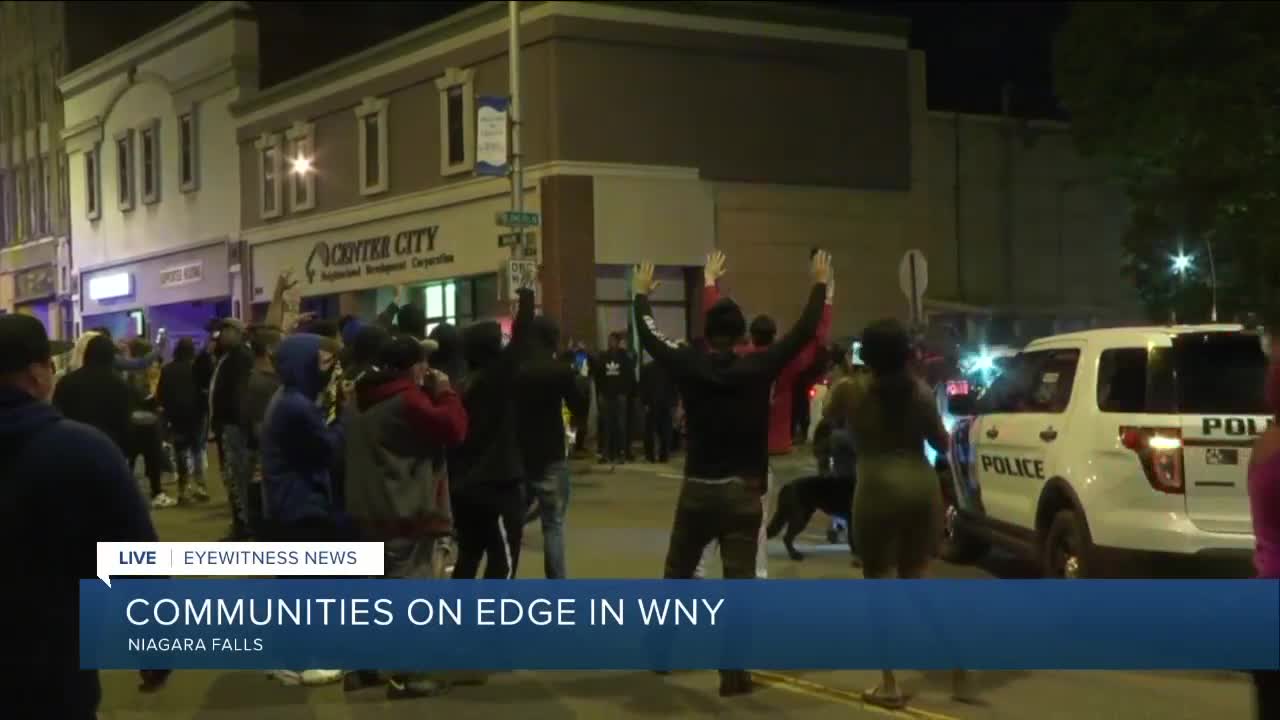 While much of the country experienced unrest and tension amid protests, a Niagara Falls community found common ground with those who serve to protect them. 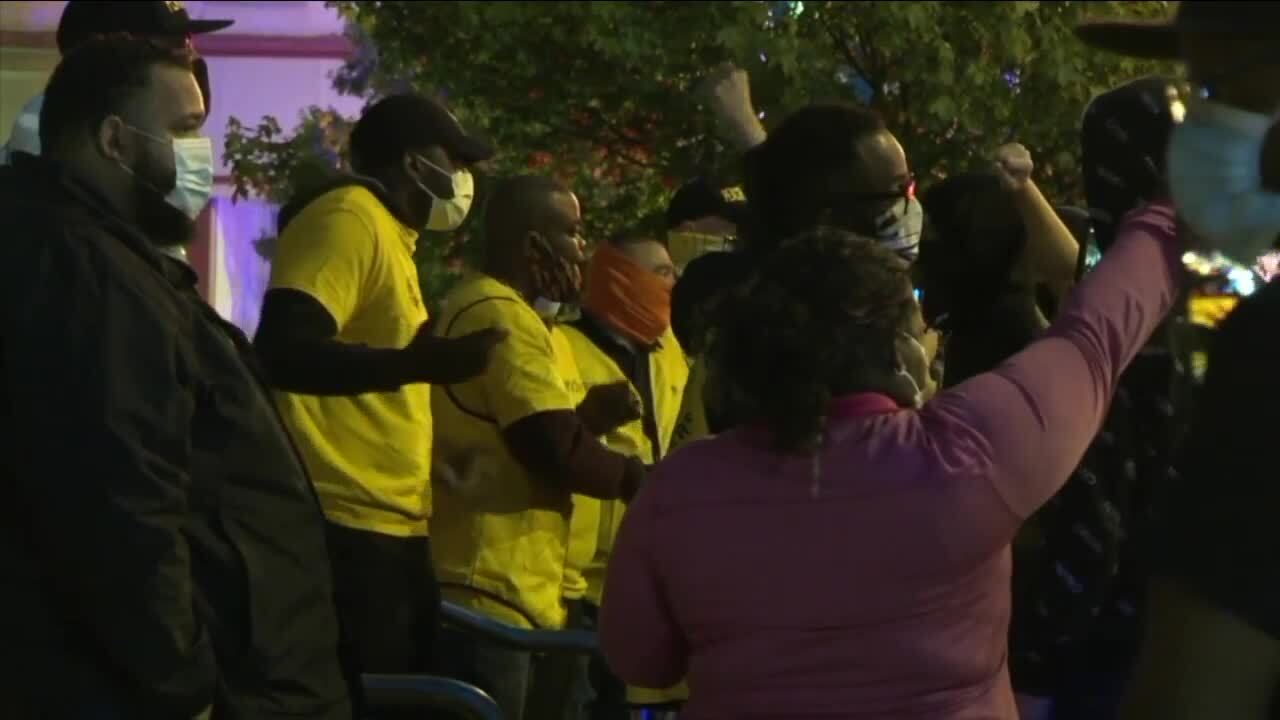 NIAGARA FALLS, N.Y. (WKBW) — While much of the country experienced unrest and tension amid protests, a Niagara Falls community found common ground with those who serve to protect them.

This weekend, protests took place across the country including here in Western New York. They were all in response to the death of George Floyd, a black man who died at the hands of police officer who was arresting him.

Since then, calls for the arrest of that officer, and several others involved, have erupted. Protests turn into riots, where people are vandalizing property and at times looting businesses.

But many of these protests are peaceful, including Sunday's in Niagara Falls. A crowd gathered around the Niagara Falls Police Department. Chants and calls for justice made across from law enforcement; and at one point, dancing breaks out.

Protest has turned into a dance party in Niagara Falls. @WKBW pic.twitter.com/hRLO08QYxy

At the end of the night, protesters dispersed but not before lining up and thanking the officers that stopped and listened to what they had to say.

Great moment for the protest in Niagara Falls. Guy had a little speech and got a lot of people into a line and thank the cops for how it's been tonight. #GeorgeFloydProtests #BlackLivesMatter pic.twitter.com/vcOVLcD3L4