Portion of I-90 reopened after person with weapons resisting arrest 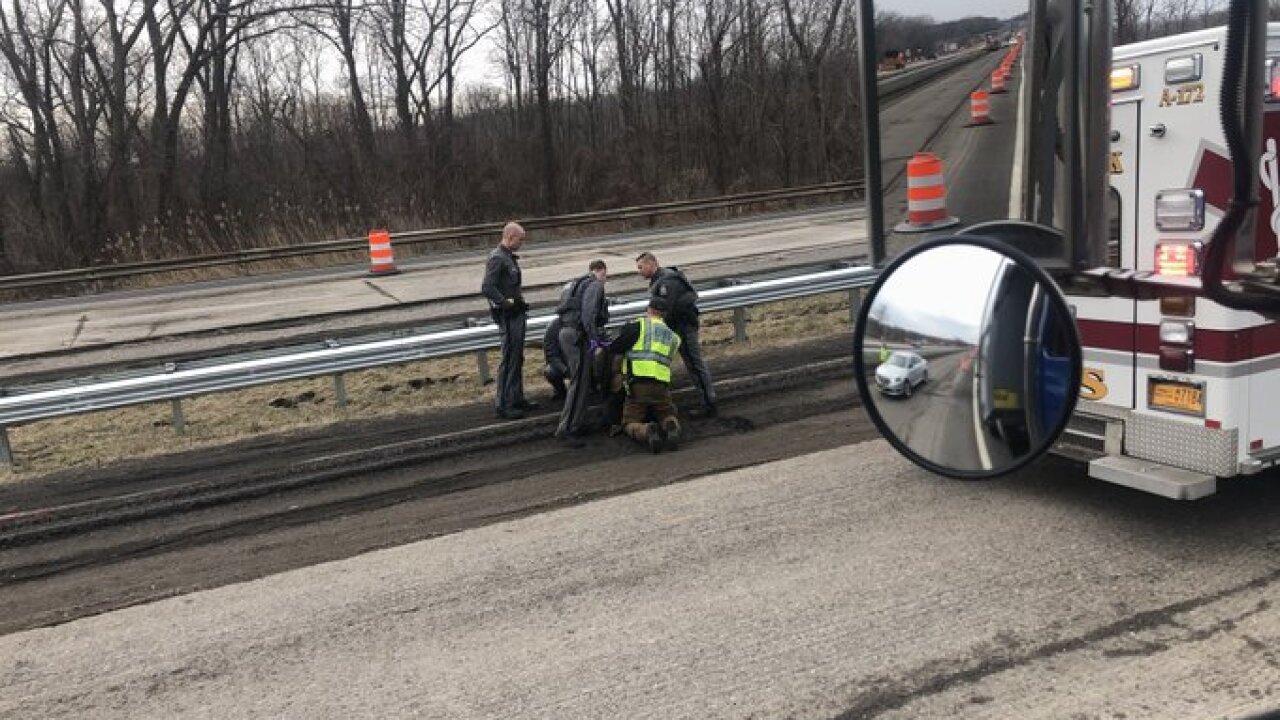 BUFFALO, N.Y. (WKBW) — New York State police say a section of the I-90 was closed Wednesday due to a person with weapons resisting arrest.

Police say there was an investigation into a possible menacing complaint involving a shotgun on the I-90, a vehicle believed to have been involved was stopped and an altercation occurred and the suspect resisted arrest.

The suspect was in possession of weapons and as a precaution the thruway was closed until the investigation concluded, according to police.

Police say several weapons including a shotgun, a suspicious package that was confirmed to be a working pipe bomb, and a ballistic vest were located in the vehicle.

The individual, who was identified by police as a "WNY man" has been taken into custody and two troopers suffered minor injuries during the arrest.

The eastbound and westbound lanes of the I-90 from exit 58 (Silver Creek) to exit 57A (Eden/Angola) were closed from the late morning to early afternoon.