POLL: Two-thirds of New Yorkers do not want the state to split up into two separate states 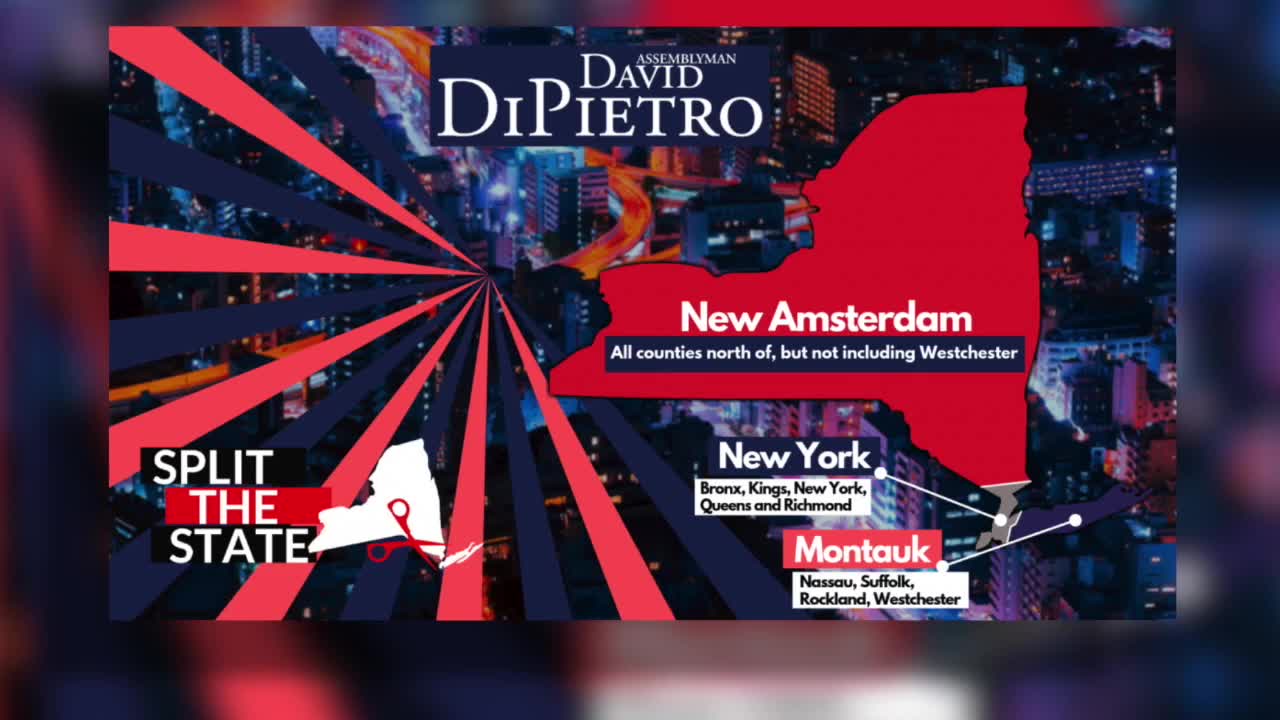 A new Siena poll shows most New Yorkers are against the idea of splitting the state, but some local NYS Assemblymembers are continuing to pursue the idea. 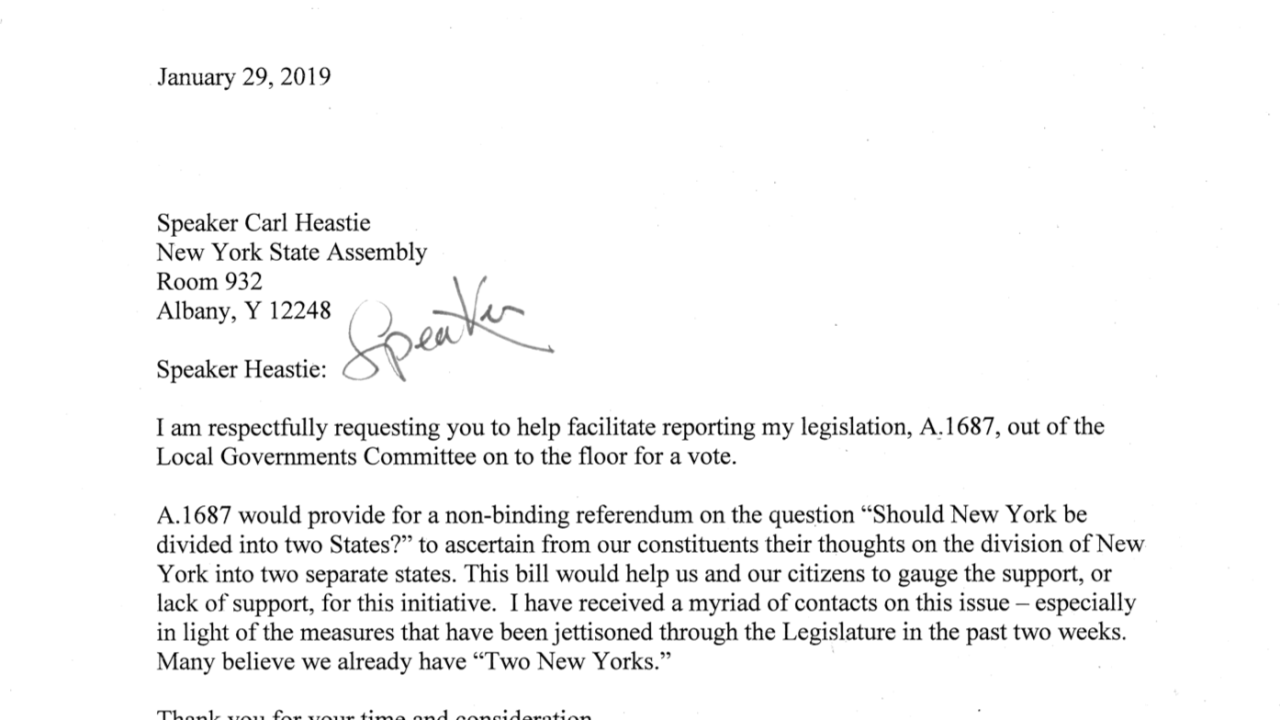 LOUDONVILLE, N.Y. (WKBW) — A new poll from Siena College found that roughly two-thirds of New Yorkers don't want the Empire State to be divided into two.

The proposal would make New York City along with Long Island and parts of the Lower Hudson Valley into one state, while leaving Western New York along with the additional upstate New York counties, as its own state.

“Nearly three-quarters of New York City voters, more than two-thirds of downstate suburbanites and a clear majority of upstaters oppose dividing New York into two states. It is also opposed by more than three-quarters of Democrats, 56 percent of independents and half of Republicans,” says Siena College pollster Steven Greenberg.

The poll found only 25 percent of New Yorkers want to divide the state.

However, not everyone agrees with the poll's findings.

DiPietro told reporter Ed Reilly that he is hearing the opposite from his constituents who want New York City to be split off from state.

"The values of New York City don't represent the rest of the state," said DiPietro, who feels New York City Democrats are leading the way in Albany to the detriment of WNY.

Earlier this year, DiPietro introduced legislation calling for New York State to be divided into three autonomous regions, each with its own governing body.

He is also collecting online signatures supporting his "Split the State" effort. You can view the online petition here

Divide NYS Caucus, a group that is working in conjunction with DiPietro, said having autonomous regions would not require Congressional approval while maintaining state benefits such as pensions.