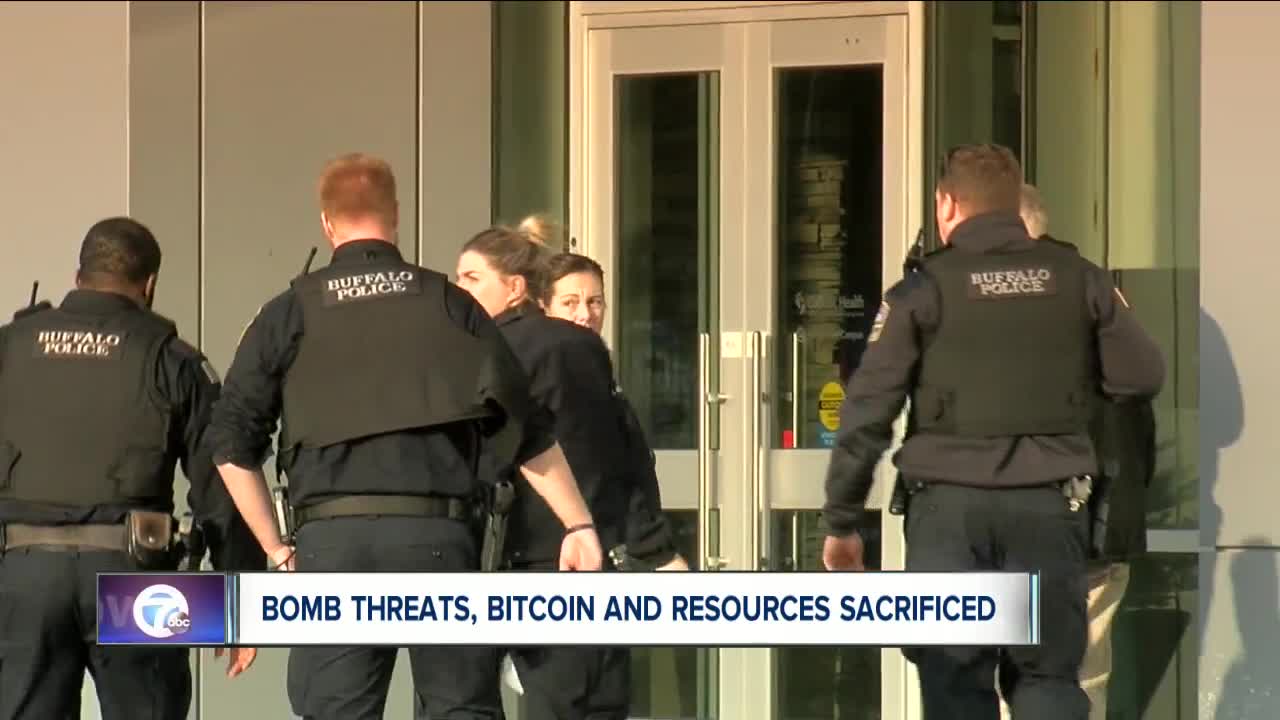 The city of Buffalo saw five separate buildings targeted simultaneously by bomb threats Thursday afternoon and Buffalo Police referred to the necessary response as a "drain on resources".

The threats all came in the form of an email, indicating an explosive had been placed in the building and demanding Bitcoin from the building owners. The threats in Buffalo were all determined to be a hoax.

In Buffalo, while police focused on determining whether the threats were legitimate, the department said calls in other parts of the city could not be responded to right away. The FBI activated the Joint Terrorism Task Force to coordinate a response to the threats with multiple agencies.

The NFTA assisted in Buffalo's response with explosive detecting K9 units. Some were relocated from patrol at Buffalo Niagara International Airport, other teams were called in to work overtime.

"It's new to me anyway that this type of threat came out in a phishing email in that there were hundreds of them," Dr. Steven MacMartin, a homeland security expert at Medaille College, said.

According to cybersecurity expert Arun Vishwanath, law enforcement has a better chance of tracking down who is behind the email threats because so many were sent out.

"We've got to take them all seriously, but we're stretching our resources thin," Vishwanath said. "That's the takeaway. That's the lesson here. The next one is definitely coming, right? What happens with these kind of attacks are people learn, there are copycats."

Authorities across four different countries are trying to track down who sent hundreds of threats on Thursday.