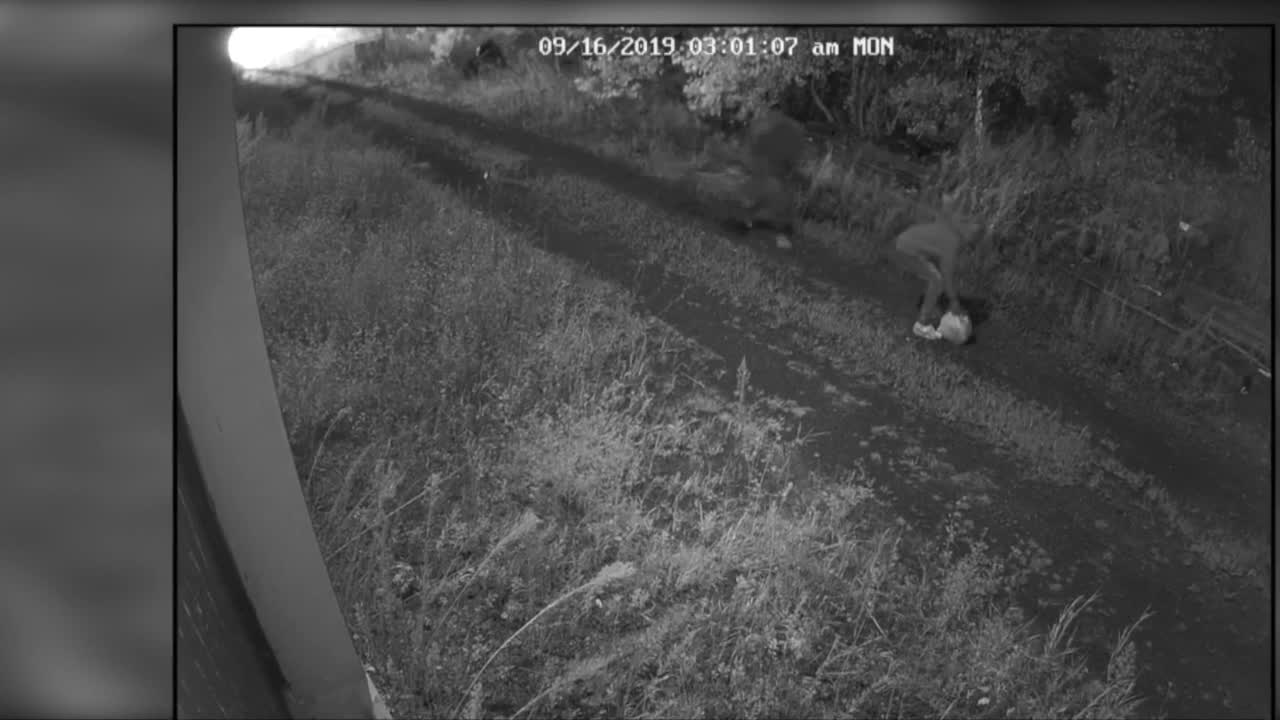 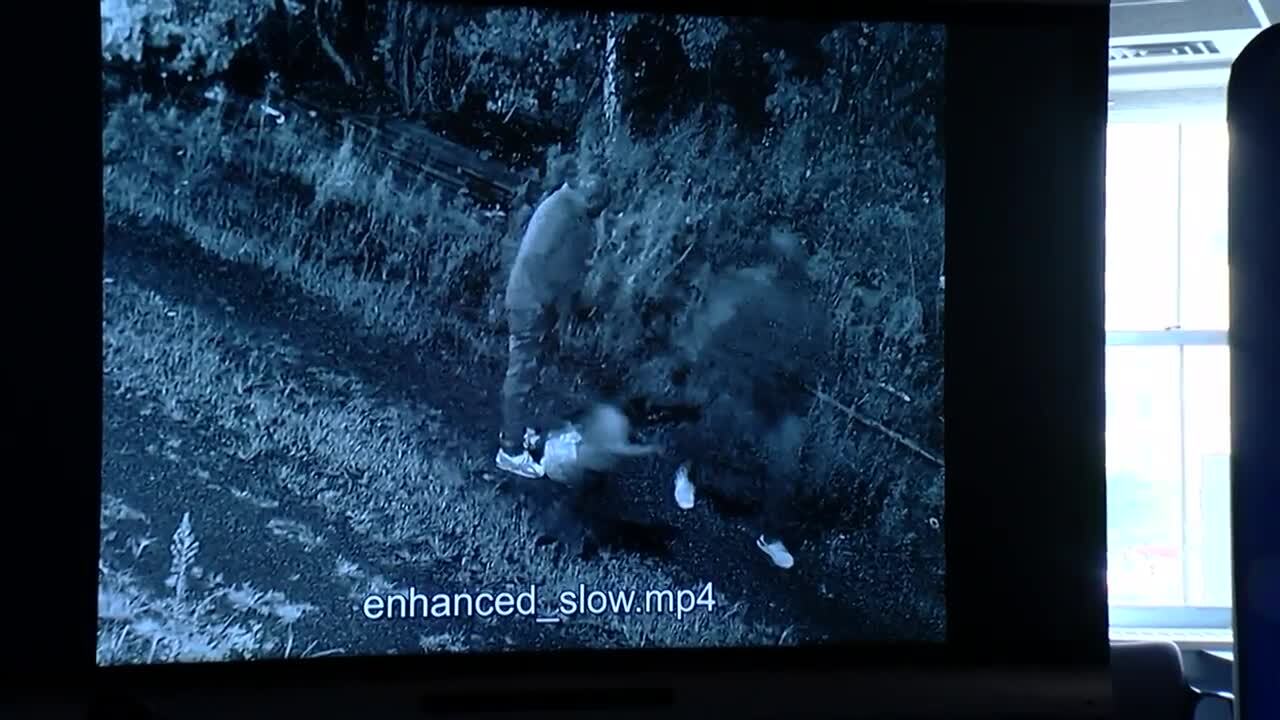 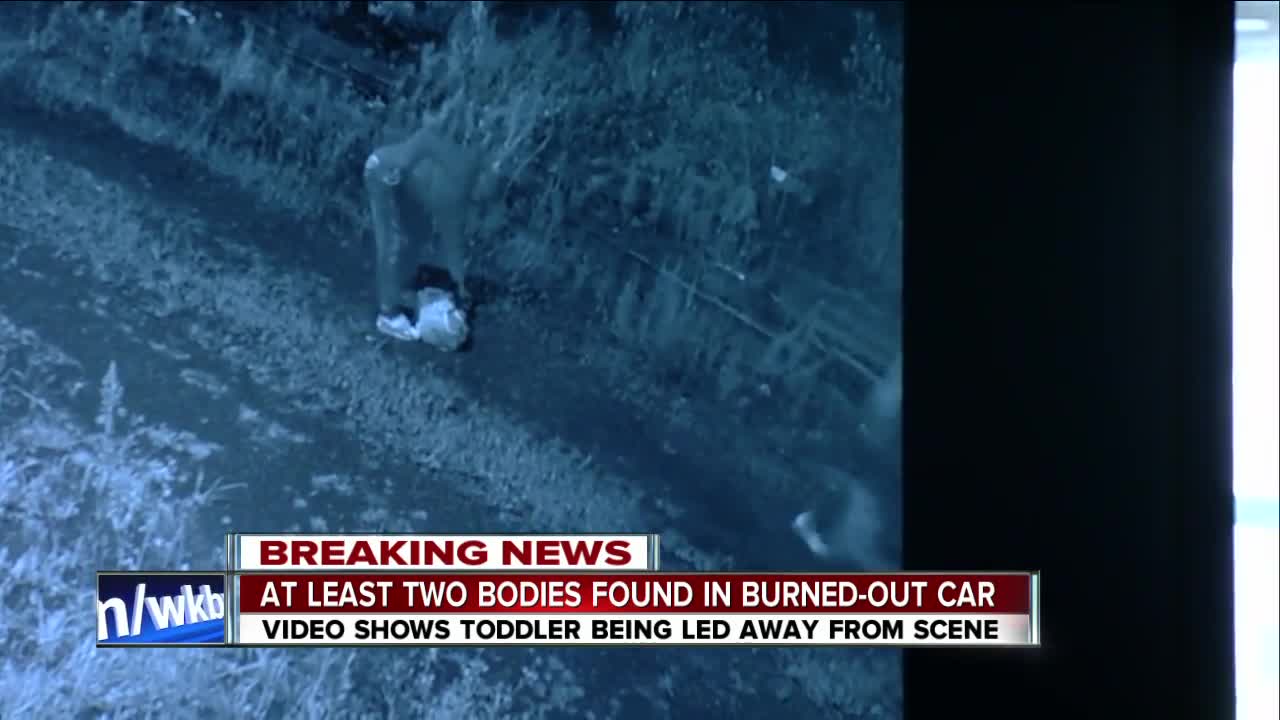 BUFFALO, N.Y. (WKBW) — Buffalo Police have released video that identifies persons of interest after a burned out vehicle was discovered in Buffalo's Riverside neighborhood near where a 3-year-old boy was found.

Police were also able to make a connection between the burned-out car and the toddler found.

The department released three videos. The first shows an individual with a shirt over their head walking to the location on Tonawanda Street where the car would be burned. The second shows what appears to be the same person, moving quickly away from the scene with another individual and a child. The individual stops to put a shirt back on their head. On the left side of the frame, a flash can be seen that may be the car being ignited in flames. The third video is a slower, enhanced version of the second video.

Buffalo police release video of persons of interest in connection with found three-year-old, burned out car

Police are looking for anyone who saw or has footage of a white Chrysler Pacifica in the area. The vehicle was rented in Florida, according to authorities.

Buffalo police discovered a burned-out vehicle in the city's Black Rock neighborhood Monday with human remains inside. Police tape surrounded Black Rock Mini Storage on Monday night as at least a half dozen police cruisers blocked off the area of 111 Tonawanda Street. Authorities also confirmed two bodies were found in the vehicle. It will take between two to four weeks for police to positively identify the bodies.

A little boy was found around a mile away from the car fire inside a box for stray cats. The boy's grandmother told 7 Eyewitness News reporter Ali Touhey the boy's name is Noelvin and that they intend to take custody of him. Meantime, we're told, the toddler's parents, 24-year-old Nicole Merced and 31-year-old Miguel Valentin, haven't made contact with their family since Sunday.

The boy's grandmother tried to take custody of him, but that request was temporarily denied. She's expected to be back in Buffalo in October for a custody hearing.