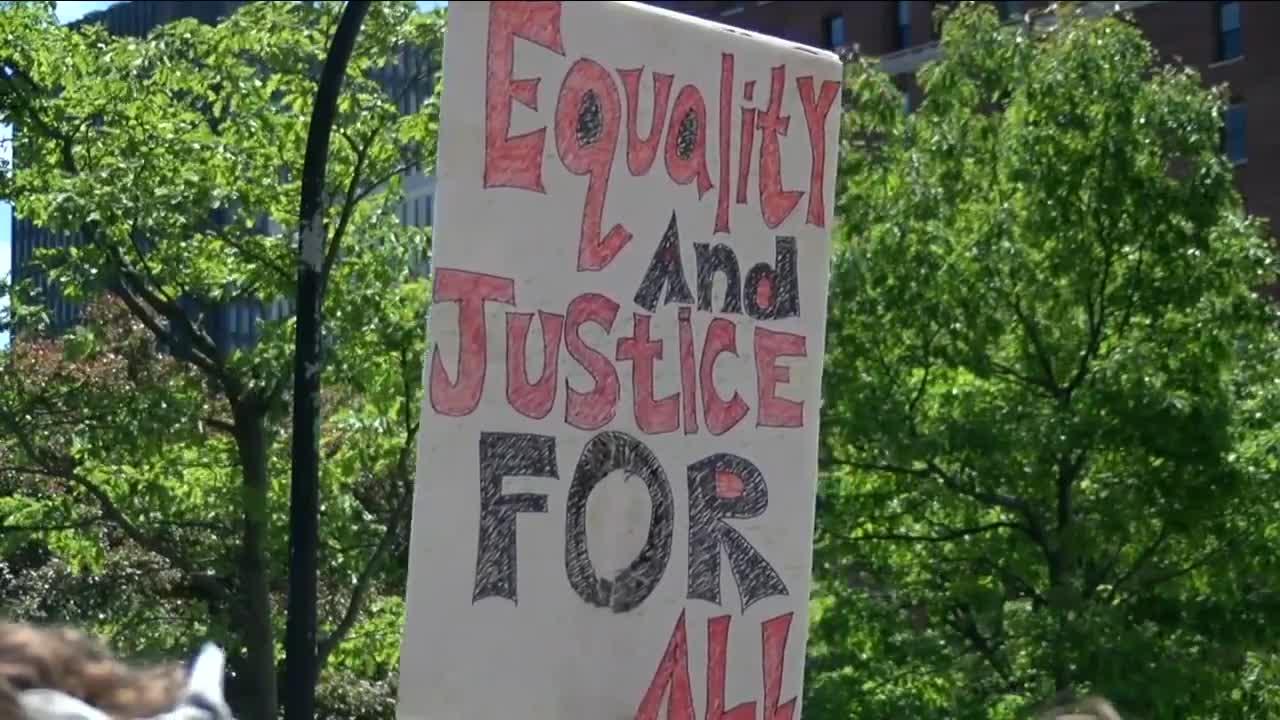 BUFFALO, N.Y. (WKBW-TV) — After a week that saw protests, violence, and a highly-publicized injury to an elderly many, both Mayor Byron Brown's office and groups advocating for change say they are having positive, constructive discussions about police reform.

On Saturday, June 6, a coalition of more than 20 groups under the banner of "Free the People WNY" met with Buffalo Mayor Byron Brown for 4 hours. The coalition presented 13 demands for police reform. The ideas included:

1. Riot police must stand down.

2. Fire officers with a history of brutality and killing people.

3. Make officers pay for settlements with their pensions, not taxpayer dollars.

5. Cut the police budget and invest in reforms and community supports.

8. Implement LEAD to reduce arrests driven by mental health, substance use, and poverty.

9. Adopt Cariol’s Law to create a duty to intervene.

10. Give community a seat at the bargaining table.

11. Update BPD Use of Force policy and codify into law.

12. Get police out of schools.

13. Pass resolutions in support of repealing all of the state laws proposed by the Black, Puerto Rican, Hispanic and Asian Legislative Caucus."

Mayor Brown said some of the ideas would need approval from state and federal lawmakers if they were to be adopted, while others would require discussions with the union that represents Buffalo Police (Buffalo Police Benevolent Association).

A spokesperson for "Free the People WNY" said a few of the demands are being "tweaked" and more meetings with Mayor Brown are being scheduled.