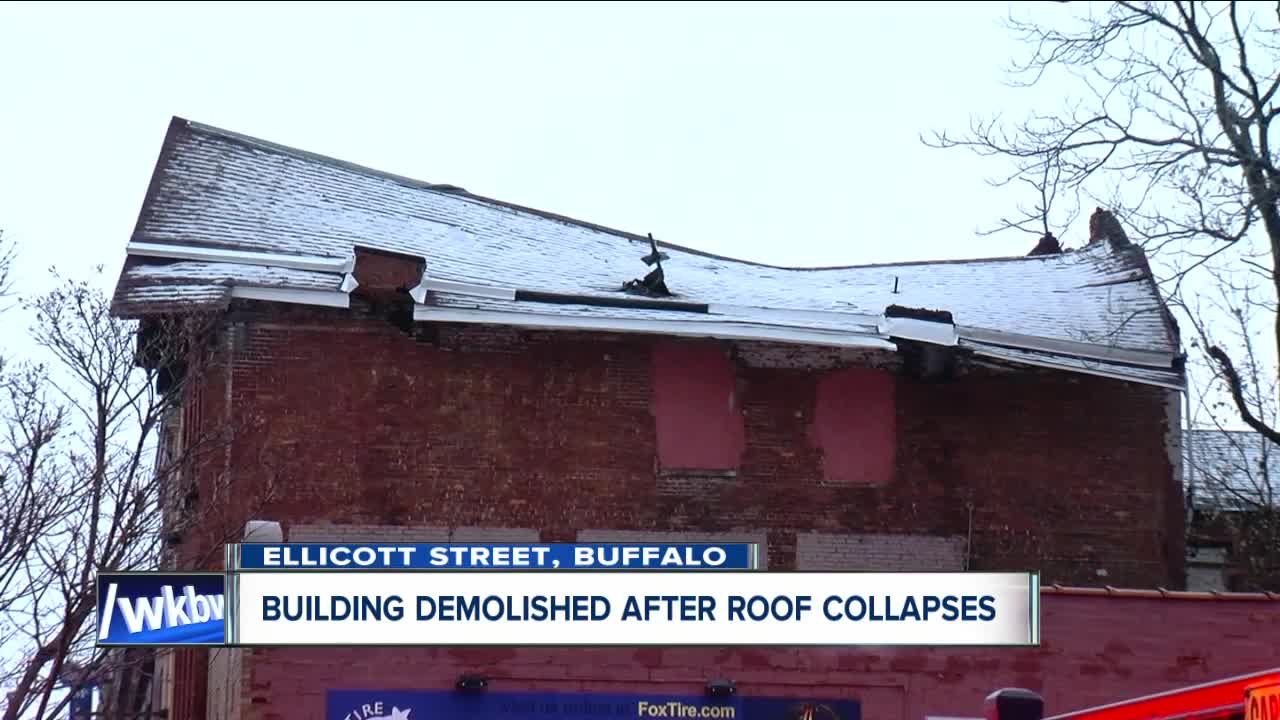 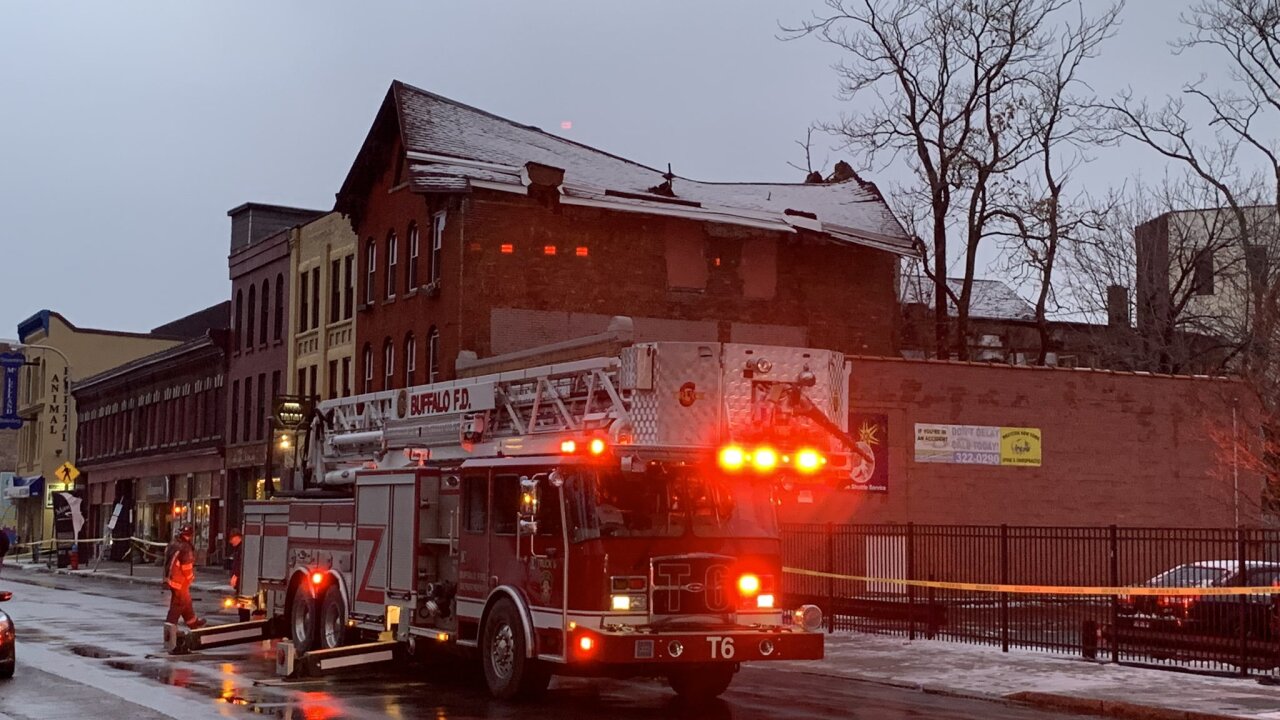 BUFFALO, N.Y. (WKBW) — Police are on scene of a partial building collapse at 435 Ellicott Street in downtown Buffalo. Authorities have now ordered an emergency demolition due to the building collapse.

In addition, Ellicott Street between Chippewa Street and St. Michael's Place is closed.

The roof of this building on Ellicott St has caved in, sending debris onto the sidewalk and road below. This is directly adjacent to the restaurant Toutant. Ellicott St closed between Chippewa and St Michaels. pic.twitter.com/prjd3xf5nv

It is unknown what caused this roof to collapse.

This is the second time this building has collapsed this year. Back in August, officials told us a chimney caved in, and a portion of the building collapsed. The building had been condemned since that time.

This resulted in the people inside the building needing to evacuate.