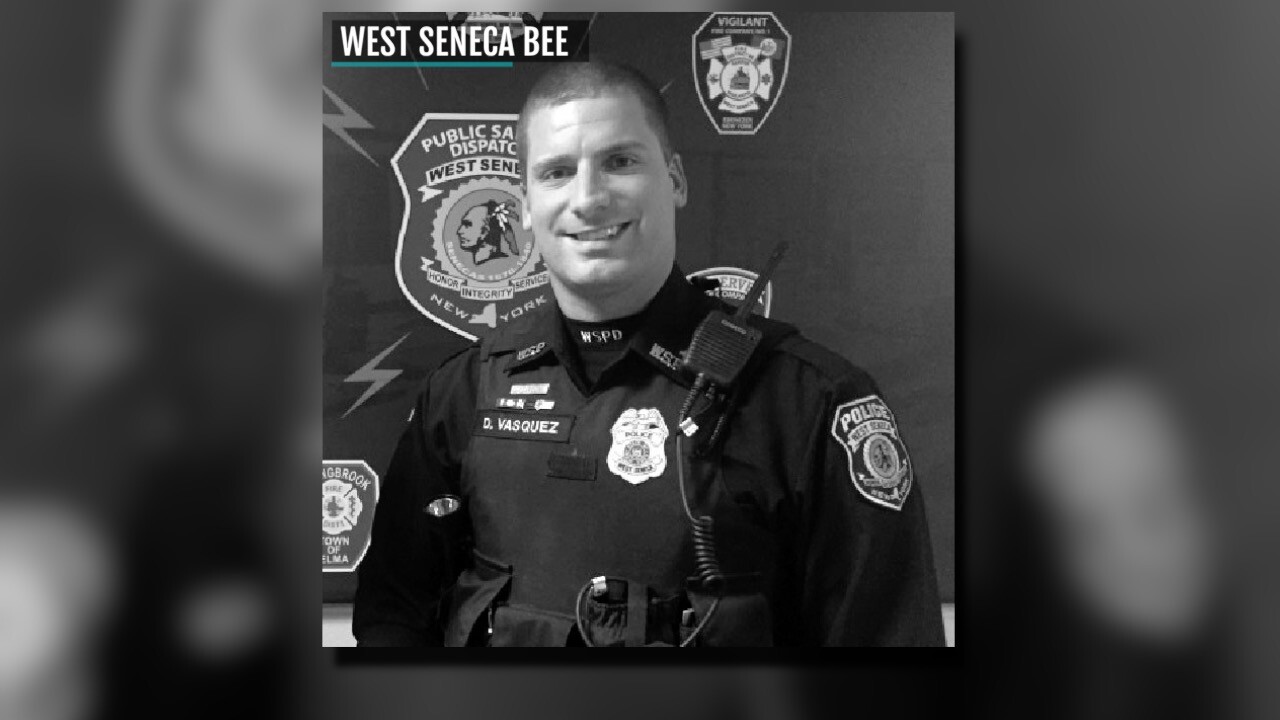 BUFFALO, N.Y. (WKBW) — A police misconduct case in West Seneca will be tried in a neighboring town after both West Seneca town judges Friday recused themselves from the case.

State Police arrested West Seneca Police Officer Derek Vasquez last month for allegedly having a sexual encounter with a victim of domestic violence while he was on duty last year.

Erie County District Attorney John Flynn charged Vasquez with one count of official misconduct, a misdemeanor, and Vasquez was scheduled to appear in West Seneca Town Court on Friday.

A spokeswoman for Flynn said the case is in the process of being transferred to Elma Town Court, but no date has been set for the next proceeding. Vasquez’s attorney, Patrick Brown, also said the return date is unclear.