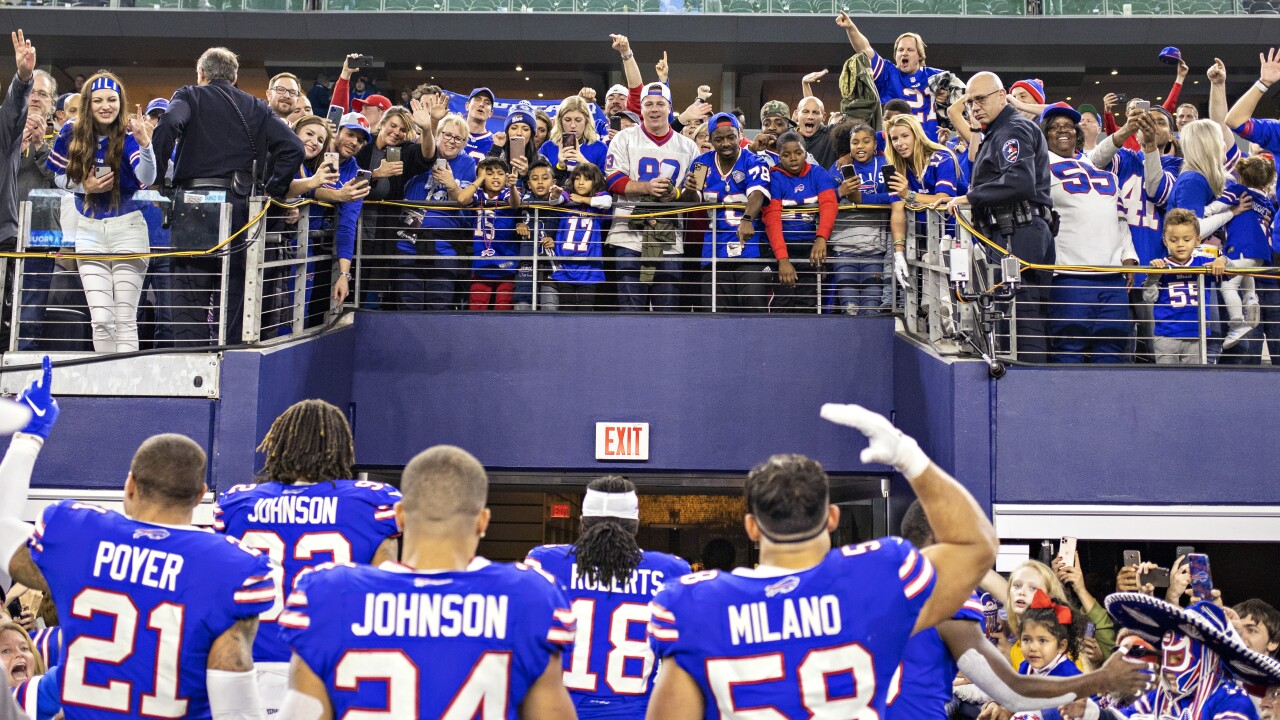 BUFFALO, N.Y. (WKBW) — Although the Buffalo Bills have not yet secured a playoff spot, would you buy playoff tickets?

MORNING BUZZ: Although #GoBills have not yet secured a playoff spot, tickets for the postseason go on sale TODAY! Is it too early to purchase your ticket? @KatieMorseNews @EdDrantch @AaronCh7Weather @Matt_Bove @jennacallari @AdamUnger_7 #MorningBuzz https://t.co/S5CfyKReqV

If your answer is yes, thanks to a new NFL policy you can buy those tickets Thursday December 5th.

The new NFL policy states all teams in first place of their division as well as teams within three games of first place (with a winning record) must make playoff tickets not held by season ticket holders available starting Thursday so fans have more of an opportunity to purchase tickets.

The Bills are not guaranteed a home playoff game at this point, they must must win the AFC East division to be assured of that.

They are currently 9-3 and one game behind the New England Patriots who are 10-2 and have a win in hand over the Bills.

Although if the Bills finish as the fifth seed and play the sixth seed in the AFC championship game, they would host that game in Orchard Park.

The Bills say purchases are refundable if the Bills miss the playoffs or don't have a home playoff game.