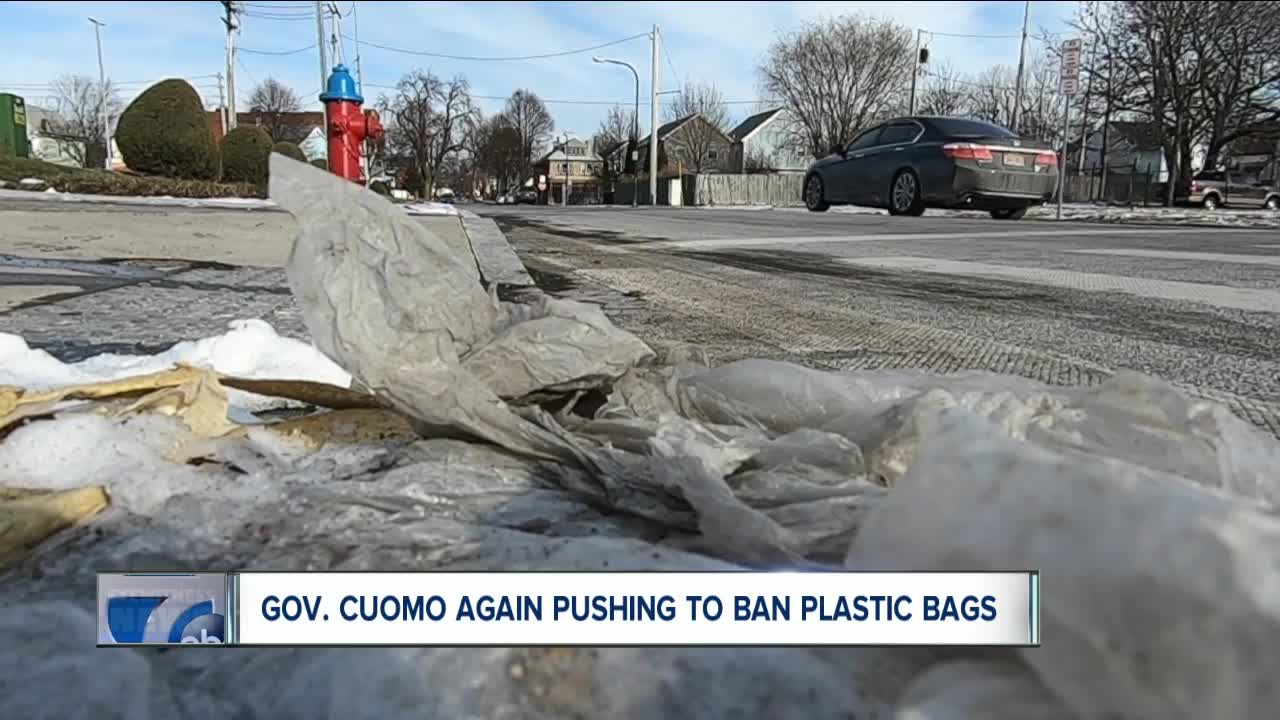 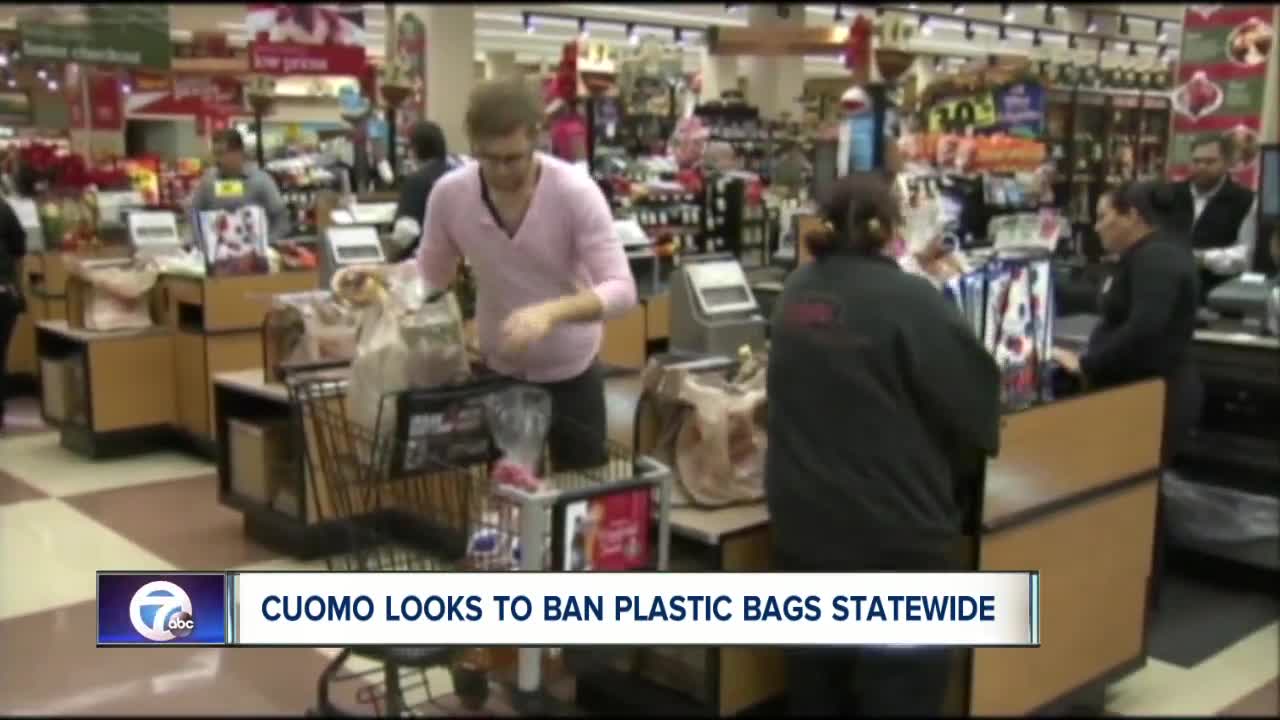 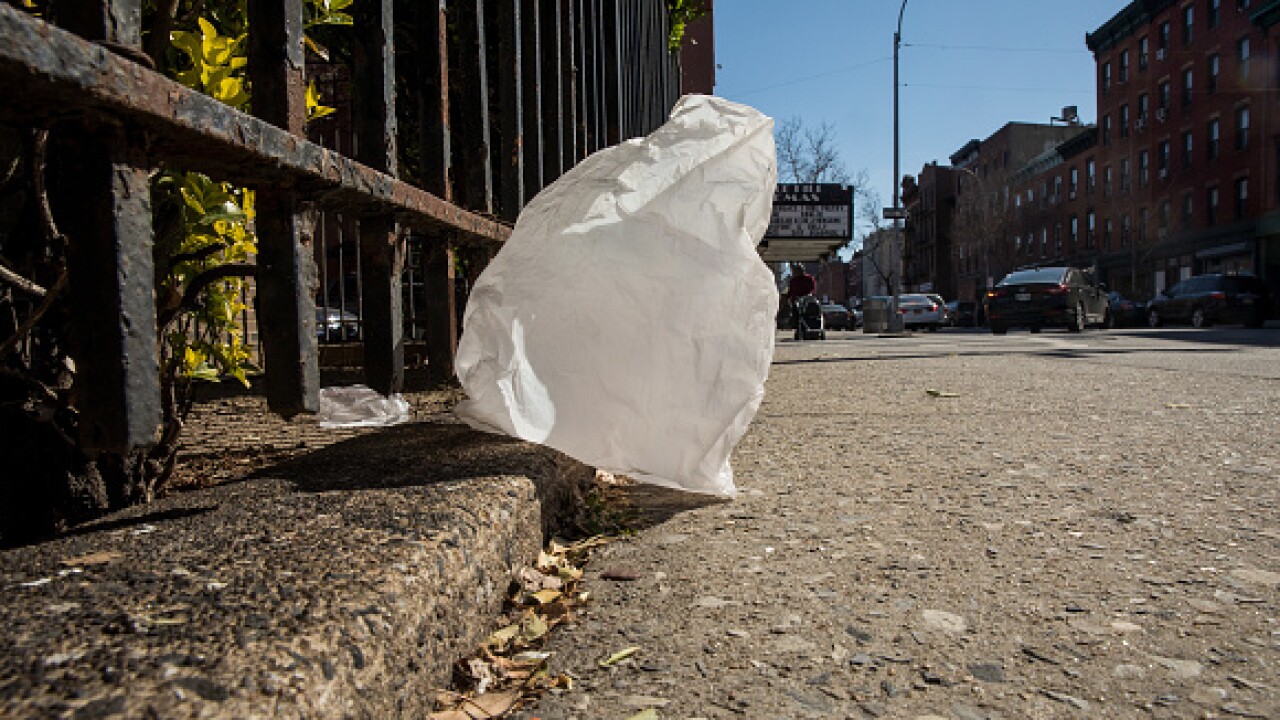 Cuomo says New Yorkers use billions of single-use plastic bags annually which are not biodegradable, create massive amounts of litter, and pose a threat to New York residents health.

Members of the WNY Environmental Alliance told 7 Eyewitness News Reporter Ed Reilly they were happy with the Governor's actions.

"The have been a scourge on environment for far too long. Not only do we see plastic bags littering our parks and our communities, but plastic bags are ending up in our Great Lakes," said Brian Smith, Associate Executive Director for the Citizens Campaign for the Environment.

Changing the rules on plastic bags will have an impact on local grocery stores.

"Tops Friendly Markets has always and will continue to abide by any legislation set forth by the communities we serve," said Kathy Sautter, public and media relations manager for Tops Friendly Markets. “We ramped up our plastic bag recycling efforts over the past few years to include multiple recycle bins, increasing the distribution of reusable shopping bags while encouraging customers to use them more frequently, and encouraging the use of insulated bags even outside of their shopping experience for other activities (i.e. picnics, the beach, theme parks) in place of plastic bags. In 2018, Tops recycled more than 640 tons of plastic.”

Wegmans was reserving comment on the idea until it has the "chance to thoroughly review the details of the Governor's proposal to understand its scope and impact."

Governor Cuomo sought, unsuccessfully, to get plastic bags banned in 2018.

At that time, Wegmans expressed concerns with banning all plastic bags, which it felt were an environmentally better choice than paper bags.

The supermarket chain said its plastic bags were made from 40% recycled plastic that was returned to the stores by customers - with close to a 50% recycling rate for bags in 2017.

Wegmans felt the best and most environmentally friendly choice was the use of reuseable bags.

Reporter Ed Reilly has more on the issue in the attached report.

The Governor also announced a proposed expansion of the Bottle Bill, which would make most non-alcoholic drink containers eligible for five cent redemption.

"While the federal government is taking our environmental progress backwards and selling out our communities to polluters and oil companies, in New York we are moving forward with the nation's strongest environmental policies and doing everything in our power to protect our natural resources for future generations," Governor Cuomo said. "These bold actions to ban plastic bags and promote recycling will reduce litter in our communities, protect our water and create a cleaner and greener New York for all."

Saturday, Cuomo announced a proposal to increase the minimum sales age for tobacco and e-cigarettes products from 18-years-old to 21-years-old will also be included in his 2019 Executive Budget.