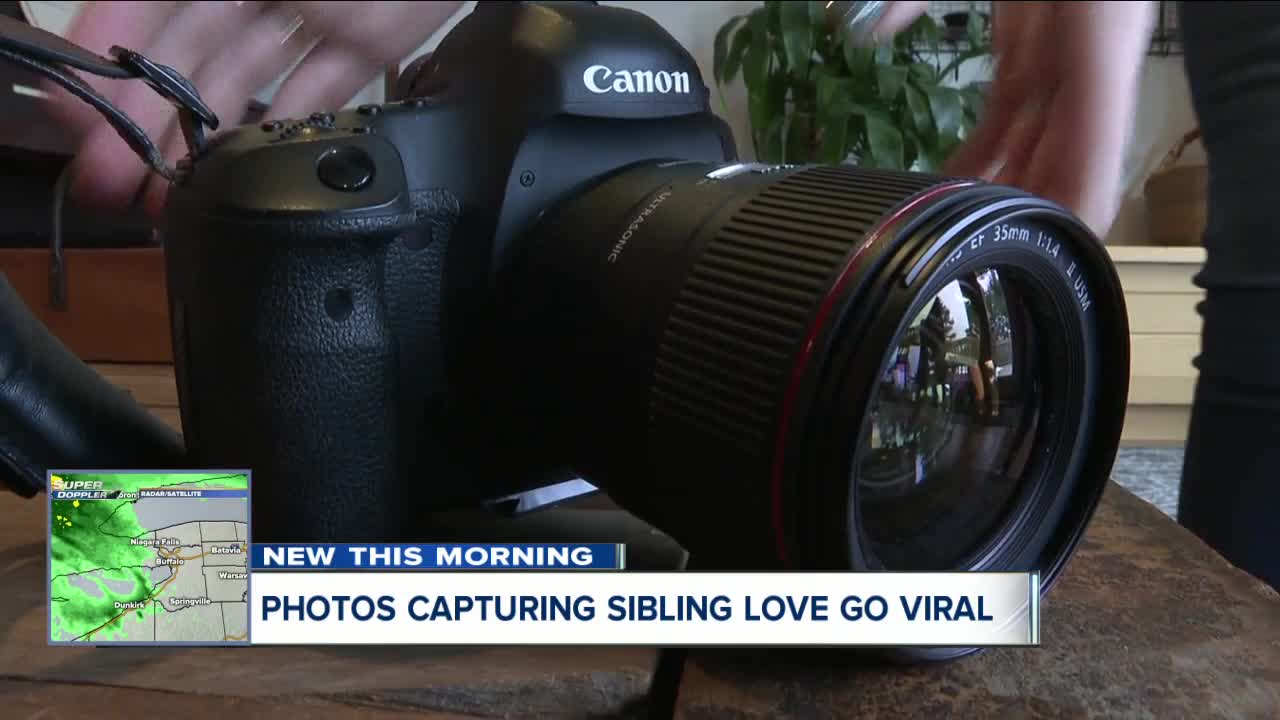 (WKBW) — Some say a picture is worth a thousand words, but these pictures are also worth a couple thousand likes.

The duo behind the photos? A brother and sister from Town of Tonawanda, sharing their "first look" with the world.

"There was no before Nick or after Nick, it's just also been," Ashley Sedar said. She's almost three years older than Nick Rice, her baby brother. But she's more than just his sister, she's his best friend.

"I could say a thousand things about her," Nick said. The two are inseparable with that bond showing through in pictures early on.

"Just always there with me and I can always depend on him. He's just the best little brother," Ashley said. It was only natural on her wedding day, Nick would be by her side. Nick stood at the alter as a groomsman, but it was before that walk down the aisle that captured the hearts of so many on social media.

Ashley and Nick are putting tradition on its head by doing a "first look."

Moments after he turned around, Nick shared a few words with his sister.

"You are the most beautiful person in the world. You are indescribable," Nick recalled. Ashley added, "And then he said, I can't even explain it."

Kelsey Watroba is the eye behind the lens. She owns Kelsey Gene Photography based out of Silver Creek.

"One of the happiest days of their life, there wedding day, I was there by their side. The entire day. So that's really special for me," Kelsey said. She continued, "Looking at the photos you see these two have such a close relationship...I was very glad to have had my big camera to hide my face because I was crying."

In her career as a wedding photographer, she has taken thousands of photos. Thousands of first looks alone, but Ashley's wedding day marked the first time she did a first look with siblings.

"What makes these special (is) they're not just beautiful photos, but they also capture the feeling behind them in the moment," Kelsey said. And that's one of the many reasons she wanted to share them to Facebook, but no one expected this--thousands of interactions. A flood of likes, comments and shares within hours of posting.

"So many beautiful words and a lot of attention from down syndrome awareness groups," Ashley said. Both say they're happy their private moment can give others ideas on how to make their day special.

According to Nick and Ashley, this won't be the last first look the two partake in.

"It was her best day of her life, but I'm next," Nick said with a smile.

They both say they cannot wait to keep adding more pictures to the mantel, freezing in time the special bond they hold.

"I'm very grateful for him as a brother. I couldn't ask for more," Ashley said.