Woman suspected of mailing ricin poison tells President to "give up" 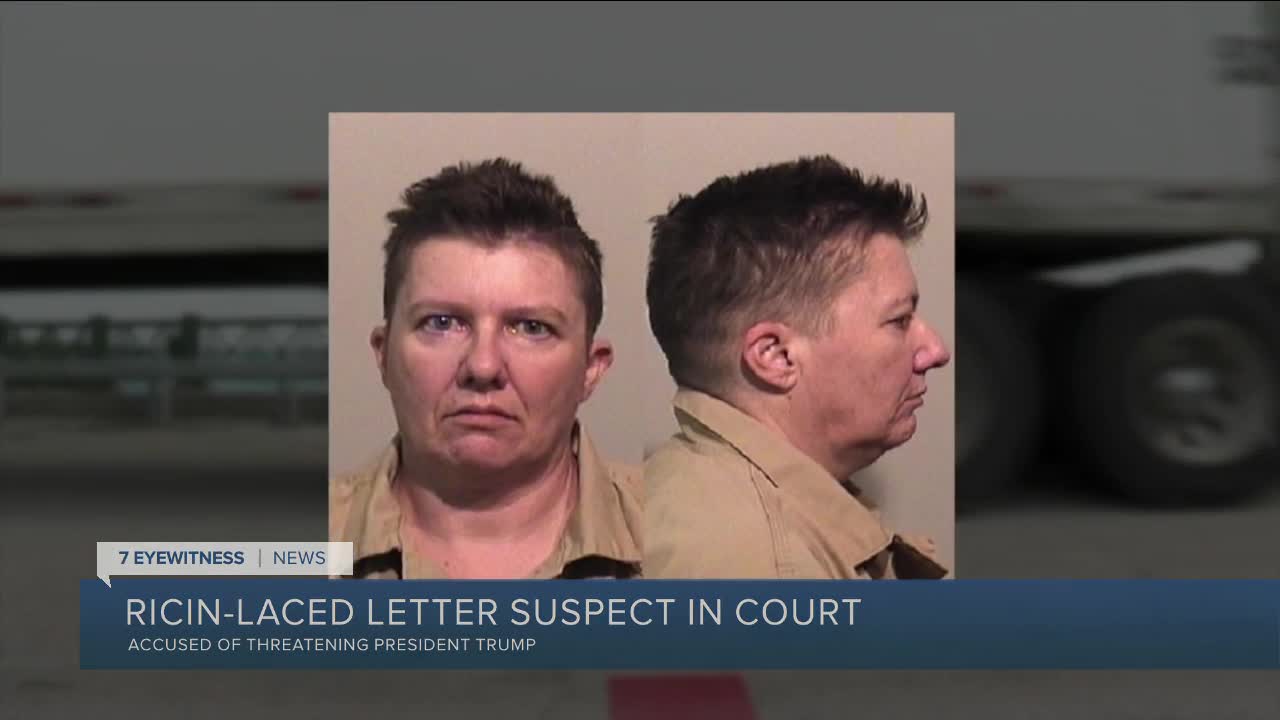 An arrest has been made at the Peace Bridge in connection with the package containing ricin poison that was addressed to President Donald Trump. 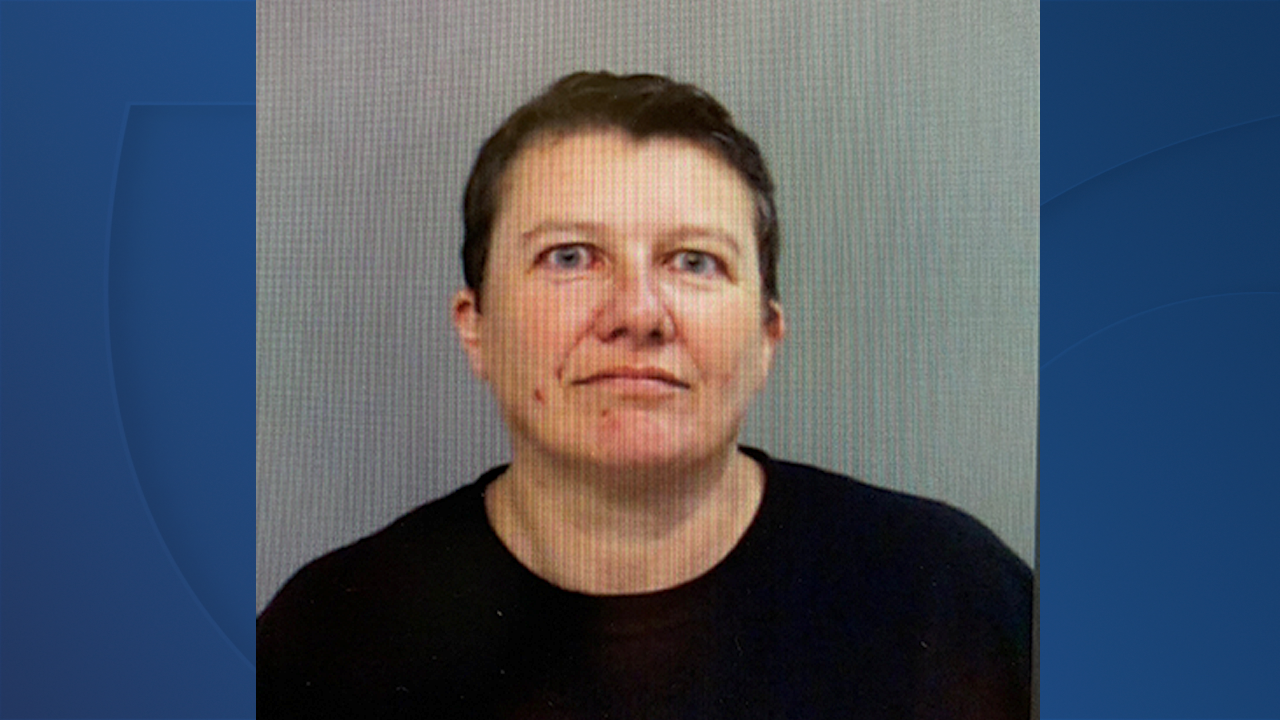 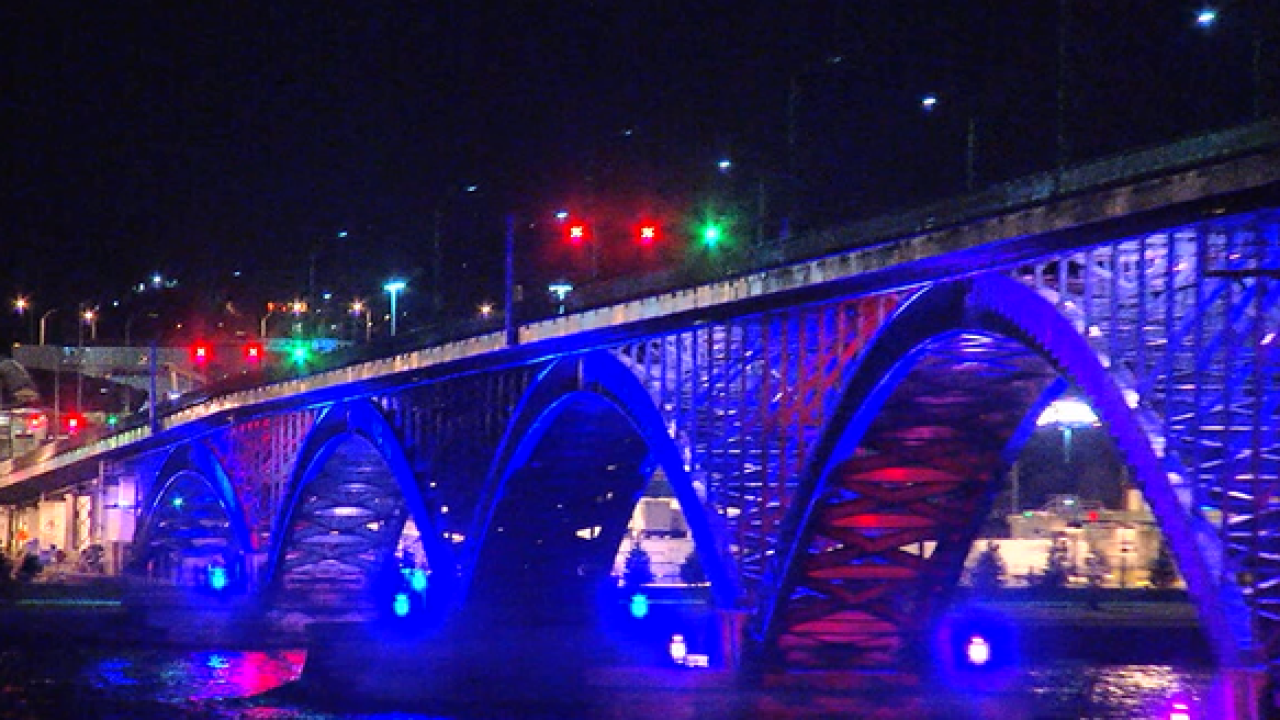 BUFFALO, N.Y. (WKBW) — An arrest has been made at the Peace Bridge in connection with the package containing ricin poison that was addressed to President Donald Trump.

A Customs and Border Protection spokesman confirmed the arrest to 7 Eyewitness News on Sunday night.

The suspect was trying to enter the US from Canada. The woman, now identified as Pascale Ferrier, was armed with a loaded gun and a knife. Court documents indicate she told Customs and Border Protection officers she was "wanted by the FBI for the ricin letters."

The FBI announced Saturday that it was investigating a suspicious letter addressed to President Trump. The letter was intercepted and the ricin was confirmed in laboratory tests.

Court documents provided to 7 Eyewitness News reveal some of the letter's contents, including the following:

. . . I found a new name for you: "The Ugly Tyrant Clown" I hope you like it. You ruin USA and lead them to disaster. I have US cousins, then I don't want the next 4 years with you as president. Give up and remove your application for this election. So I made a "Special Gift" for you to make a decision. This gift is in this letter. If it doesn't work, I'll find better recipe for another poison, or I might use my gun when I'll be able to come. Enjoy! FREE REBEL SPIRIT."

Four similar letters were sent to a sheriff and three female detention officers at the Hidalgo County Sheriff's Office in Texas. Ferrier spent time in prison there last year on weapons charges before being deported back to Canada.

Fingerprints taken from the letters match Ferrier's prints on file, according to court paperwork.

On Monday, Royal Canadian Mounted Police continued the investigation with an operation in St-Hubert, which is south of Montreal, Quebec, according to CTV News in Canada. A law enforcement team who specializes in chemical threats and explosives is leading the investigation.

Our Chemical, Biological, Radiological, Nuclear, Explosives team (CBRNE) is leading the operation. Police and Fire teams from Longueuil are also on site. All necessary measures have been taken to ensure public safety.

Ferrier made her initial appearance in federal court Tuesday afternoon. She is charged with threatening the President of the United States. The judge entered a plea of not guilty on her behalf.

“We will be proceeding on Monday with an identity, a preliminary hearing and a detention hearing," said Ferrier's public defender, Fonda Kubiak.

“On Sunday afternoon at the Peace Bridge port of entry in Buffalo, U.S. Customs and Border Protection officers encountered a driver who stopped her vehicle in the pre-primary area, and did not pull forward to report for inspection. Officers responded to the vehicle and engaged the driver. The individual, identified as Pascale Cecile Veronique Ferrier, told officers she was wanted by the FBI for mailing envelopes with ricin to the White House and other locations. Upon a subsequent search, officers discovered a gun, knife and ammunition. CBP officers immediately disarmed Ferrier, secured the weapons, arrested her, and coordinated with the FBI for further investigation. The officers’ quick action should be commended, and exemplifies what we do every day on the frontline of our nation’s borders. CBP remains committed to stopping those who come to this country with the intent to do harm, and we will continue to work with the FBI and Department of Justice on this ongoing investigation.”

In court Tuesday, the defense asked for both an identity hearing and preliminary hearing. Both are scheduled for Monday afternoon.

“Depending on the outcome of those hearings on Monday she would potentially there after proceed to the District of Columbia and somebody else will undertake those representations if she is transferred there," said Kubiak.