People line the streets of East Aurora to take a knee 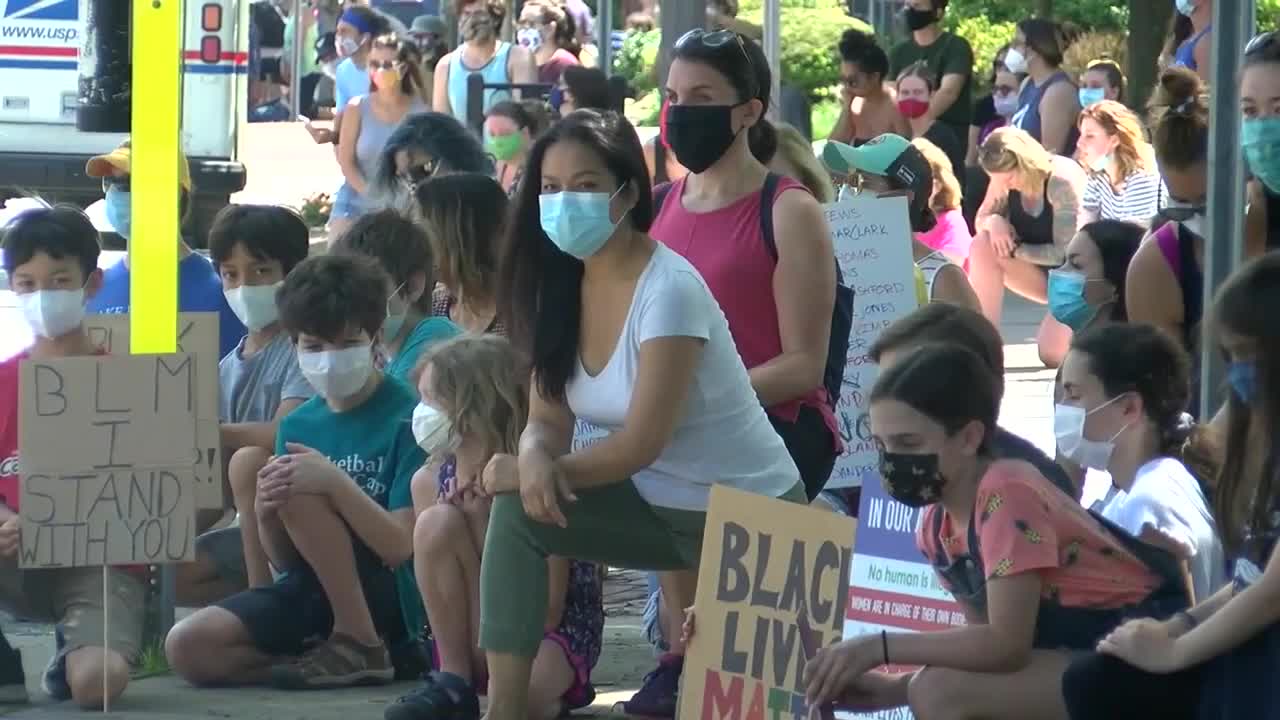 Demonstrators lined the streets of East Aurora and simultaneously take a knee at noon to show support and solidarity in the fight against police brutality. EAST AURORA, N.Y. (WKBW) — Demonstrators lined Main Street in East Aurora on Friday. At noon everyone simultaneously took a knee for three minutes to show support and solidarity in the fight against police brutality, following the death of George Floyd.

“Just the lack of humanity, and the small gesture of being on our own knees for a fraction of the time, gives you the most distant sense of the suffering that happened," said one of the protesters.

Large scale protests are taking place across the county. Reverend Langdon Hubbard who serves the First Presbyterian Church on Main Street, where many protesters gathered, said more small communities need to take a stand too.

“It’s small in the grand scheme of things, but every time we can create a symbol and a picture that all Americans want change then we’ll get it," said Hubbard.

“We sometimes feel a little isolated out here, but these issues matter very deeply to us," he said.

Many children were present as well, holding signs that read "Black Lives Matter," and "Happiness." Two families with young children continued to stand on a street corner with their signs well after the crowd dispersed.

One of those children was 11 year old Helena Spencer who made a "Black Lives Matter," sign.

“It doesn’t matter what color you’re skin is, everyone should be treated with the same amount of respect," Spencer said.