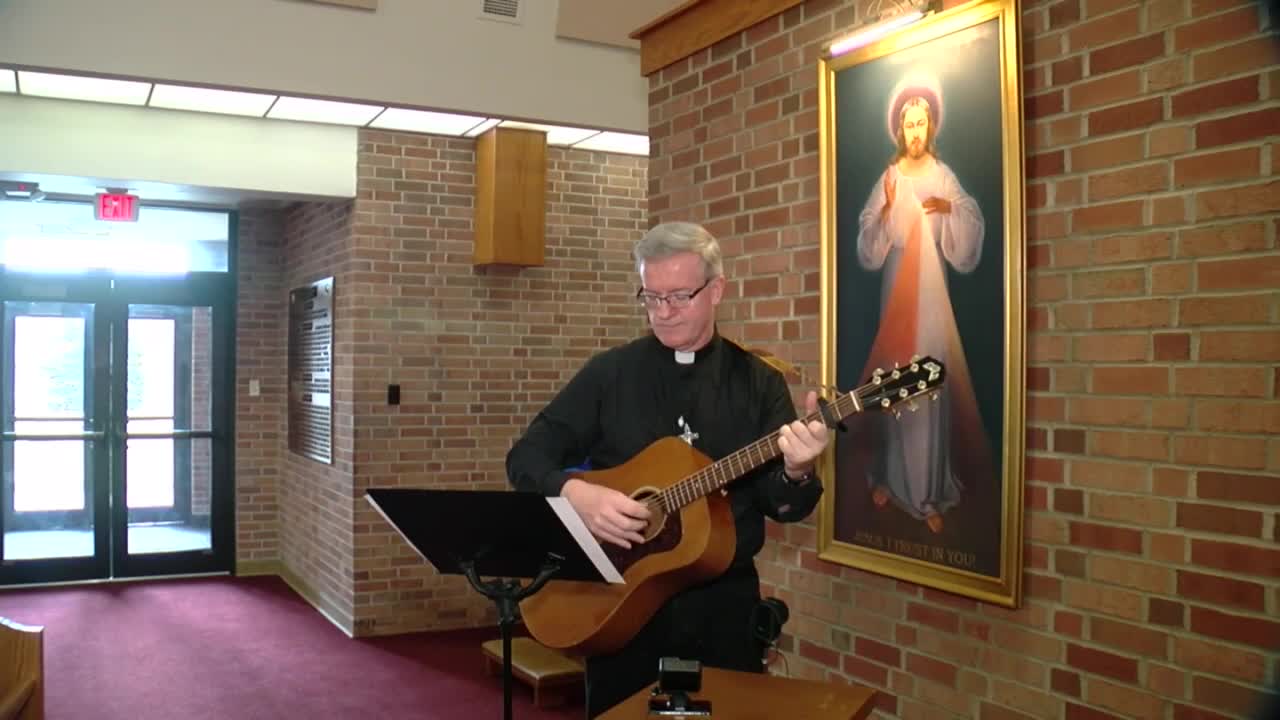 The scandals involving the Catholic Church have now inspired a South Buffalo pastor to release an album of songs and prayers that he wrote in response to the church crisis.

BUFFALO, N.Y. (WKBW) — Fr. Bill Quinlivan, pastor at St. Martin of Tours and St. Thomas Aquinas churches in South Buffalo, is well-known for his use of music in his ministry.

But the scandals involving the Catholic Church have now inspired him to release an album of songs and prayers that he wrote in response to the church crisis.

"I said this is either the worst possible time to do songs about the priesthood or the best possible time; if it is offering encouragement to people - which is my prayer," said Fr. Quinlivan.

The album is titled "I Call You Brothers" and is a reflection of what it means to be a priest and the responsibilities that go along with the vocation.

"I am not ordained to serve myself. If I am not serving people, I am not living my vocation," explained the pastor.

The overall intent of the album is to help encourage fellow-priests who are struggling because of the scandals.

"Lay people think it is hard for them to trust a priest. Imagine being a priest in these times," added Fr. Quinlivan.

Mindful of the pain that victims of priest sex abuse have gone through, the album also includes a song called "Christ the Victim." The priest said he wrote it to offer support for victims about the ordeal they suffered, the feelings and trauma they are dealing with, and the connection they have to Jesus Christ and his sufferings.

Fr. Bill became a priest later in life after a career in radio and being a paid-joke writer for Joan Rivers. He will celebrate his 25th anniversary of being ordained in April 2020. Since 2006, he has released 9 musical albums with "I Call You Brothers" being the most serious. "A serious message for serious times."

The pastor's music cd's are available for purchase through his website "frbillsings.com," on iTunes, through Amazon, and they are being sold at Our Lady of Victory Basilica in Lackawanna and Our Lady of Fatima Shrine in Lewiston.

"If you haven't been asked lately to pray for your priest, I'll ask you. Pray for us. We pray for you. When we all pray together, the Lord will see us through," Fr. Bill told 7 Eyewitness News Reporter Ed Reilly.