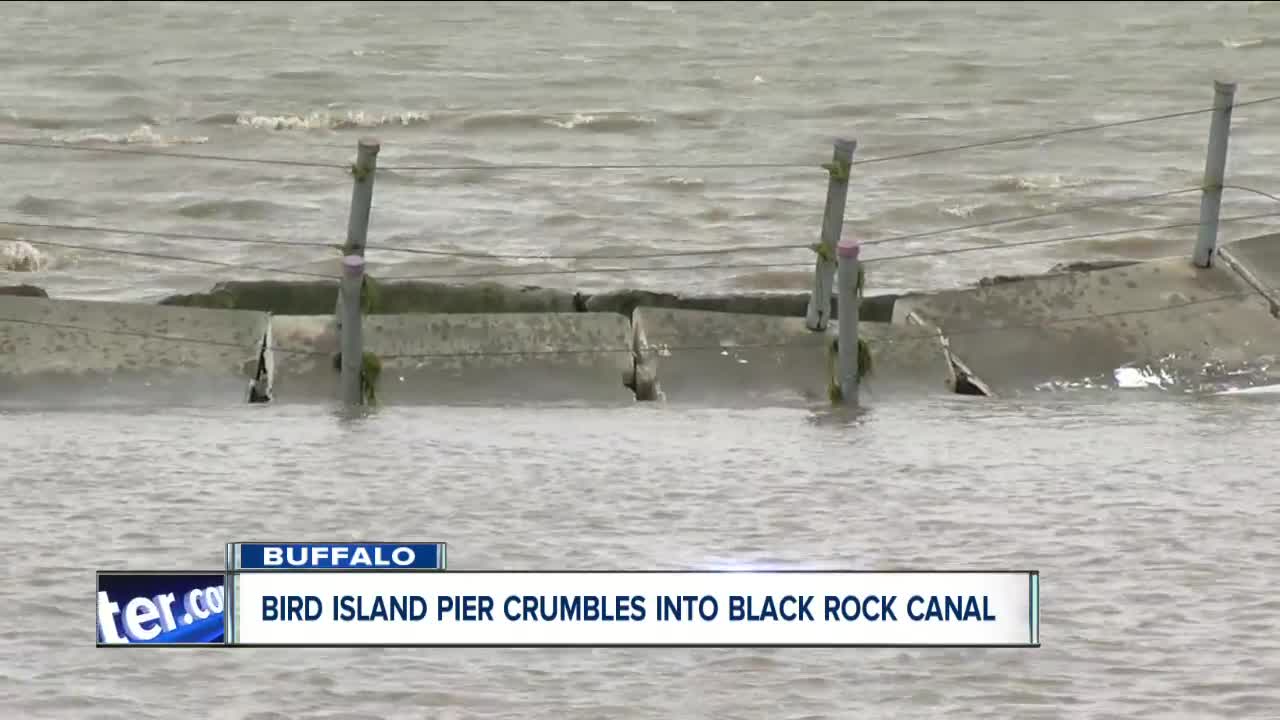 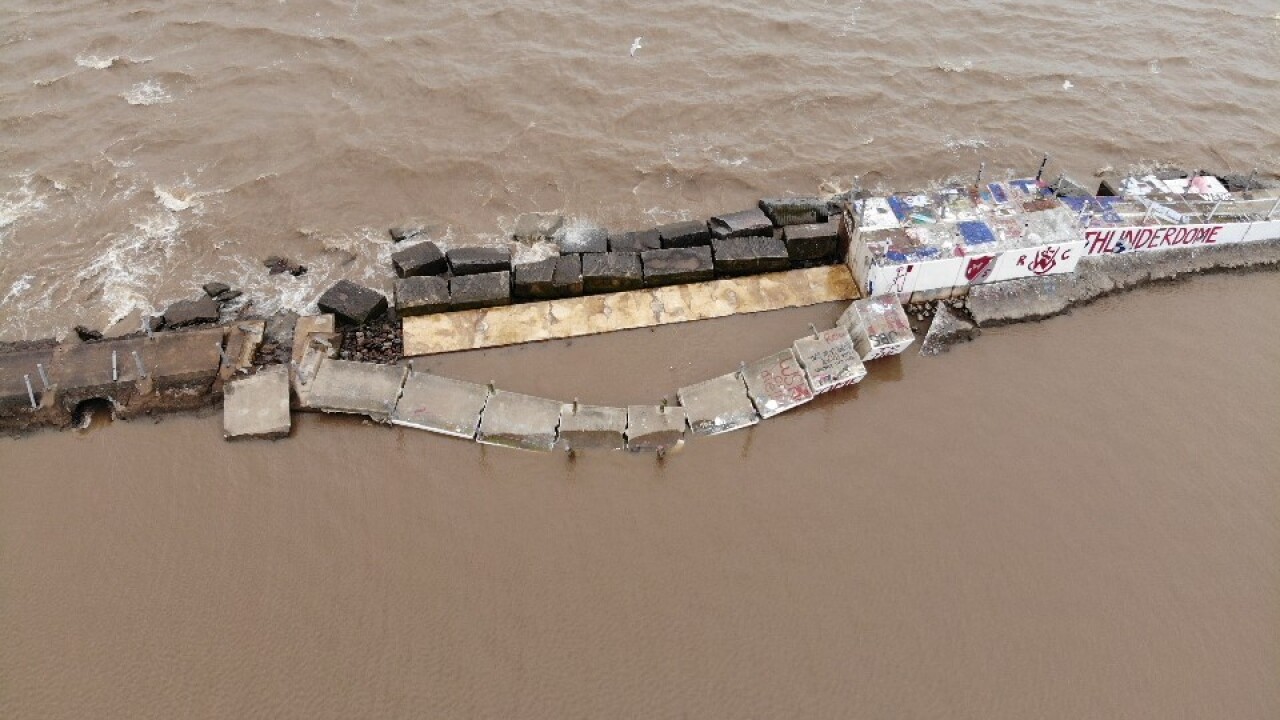 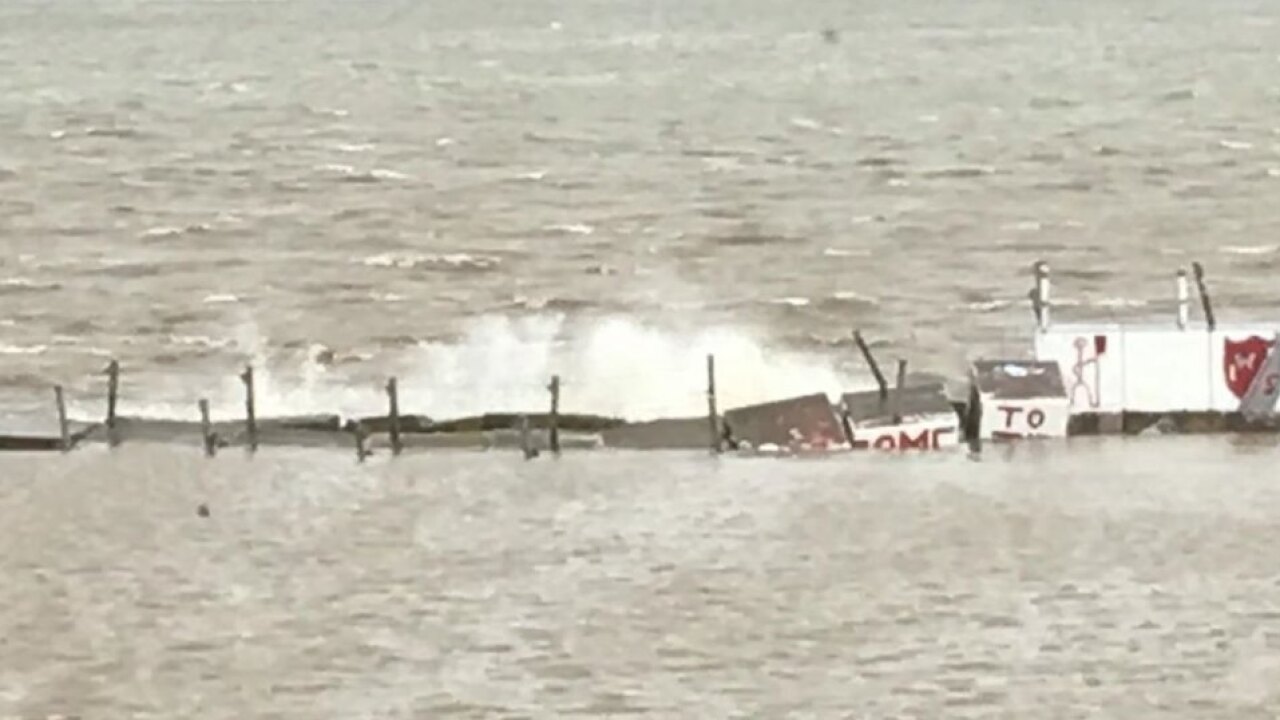 BUFFALO, N.Y. (WKBW) — The Buffalo Niagara Waterkeeper reports part of the Bird Island Pier is crumbling into the Black Rock Canal due to the strong winds and heavy rain.

"We've had the biggest water and wind event since I've been coming down to this rowing club for 40 years now," said Ted Marks, the president of the West Side Rowing Club. The club rows in the water just in front of the pier. It separates the canal from the Niagara River. Marks said this damage may cut rowing season short.

"It's a bummer, you know?" said Marks, "We typically have about two more left in the rowing season with this event and what it's done to our docks and our access to the canal. This season looks like it's going to be a little shorter than it had been expected."

The City of Buffalo announced in July $75,000 in repairs were needed to repair the pier following damage sustained by ice last winter.