Owner says drugs were found in her stolen car 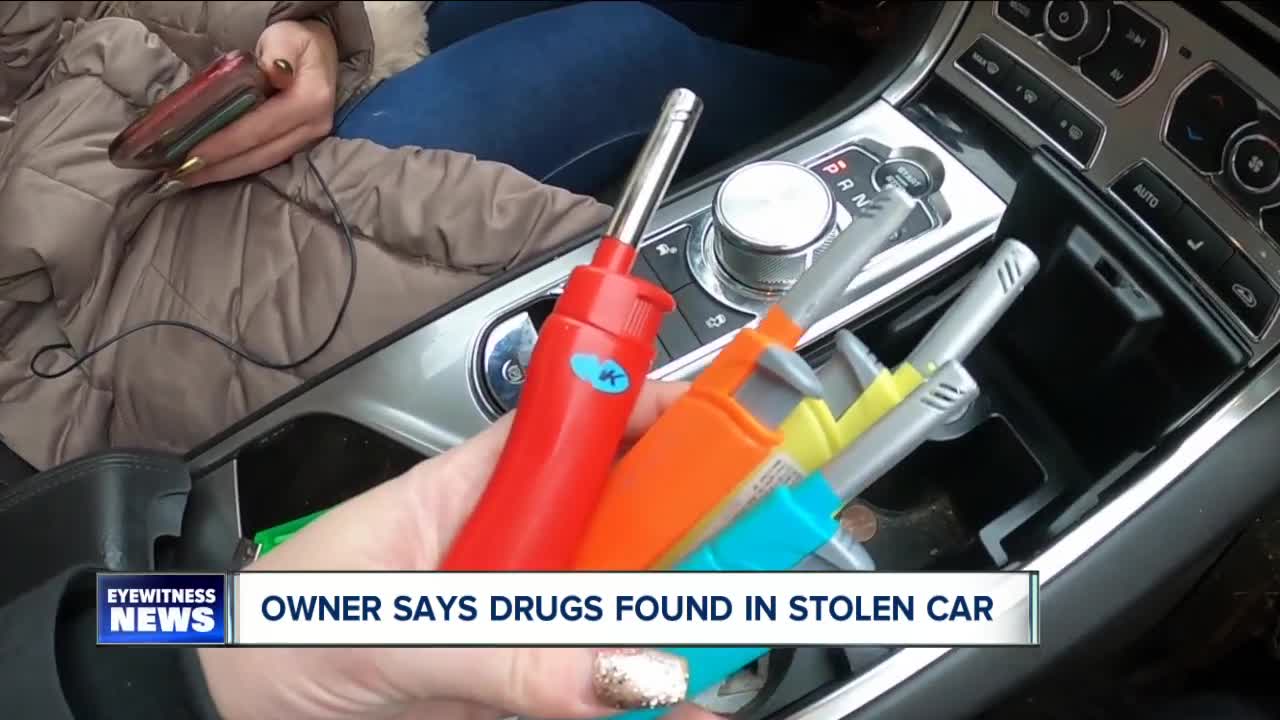 BUFFALO, N.Y. (WKBW) — A Lewiston woman is trying to find out who stole her car, and left drugs and drug paraphernalia behind.

Nicole Warner says she was parked her 2015 Jaguar at her friend's house in Niagara Falls New Years Eve. The pair then went out for the night, and when she came back she says the car was gone.

Warner called Niagara Falls Police to report the car stolen. Two days later, police in Buffalo called with an update, saying the car was recovered and was at an impound lot.

"They said it had been in an accident and I could pick it up."

When Warner got there, her car was not in good shape.

"He must have hit a telephone pole. The tire was cocked. There were wood chips in it."

What's worse, she says is all the drugs and drug paraphernalia found inside the car.

Warner says she had to pay $160 to get her car out of the lot. It's not driveable and needs a lot of work. She says the thieves also stole her Apple Airpods, her wallet, social security card and other personal items. They left behind chicken wings, and took the car through Delta Sonic.

Police say they are still investigating.