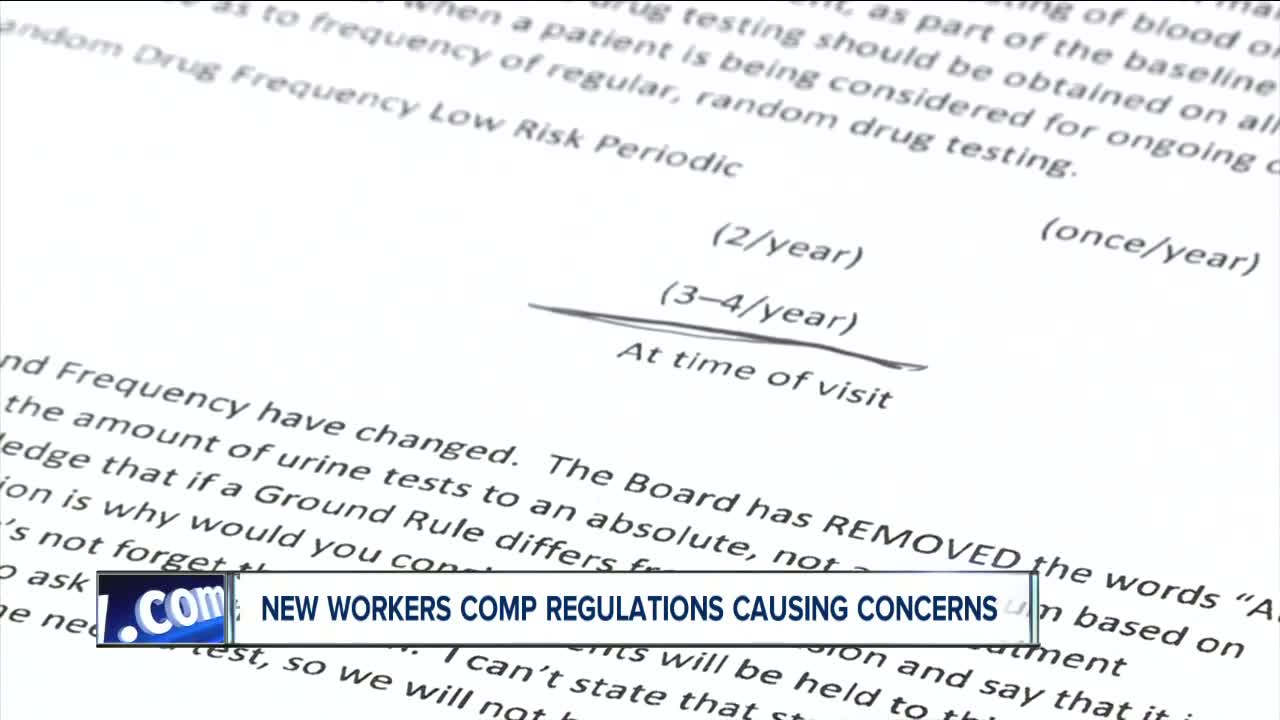 BUFFALO, N.Y. (WKBW) — A change in the New York State Workers Comp policy could make for big problems for those who need workers comp to deal with pain.

The NYS Workers Comp Board has decided to limit the frequency that a physician can conduct a urine drug test on a patient from "at least" three to four times a year, to a max of three to four times. This will be for patients using drugs to manage pain. This will make the monitoring of an individual using opioids much more difficult.

According to Dr. Hart, if health care providers can't monitor patients closely, they won't pick them up as clients. This could force them to use alternative methods to find relief.

"I worry for them that, in their desperation, they may seek other avenues to seek pain relief," Dr. Hart said, "prehaps illegally."

Those who will mostly suffer from this decision, are patients like Joseph Carpino, who has been dealing with severe back pain for the past 40 years.

"The pain is always there," Carpino said, "The medication helps get rid of some of that."

Carpino is preparing for the worst case scenario in which his provider drops him as soon as the rule goes into effect.

"We just want to live the rest of our lives somewhat pain free," Carpino's wife Dawn said, "for him, so we can carry on."

7EWN did reach out to the NYS Workers Comp Board and they gave us this statement in response.

"This is not a “policy change”, but language taken from the Workers’ Compensation Non-Acute Pain Medical Treatment Guidelines (NAP MTG), which were developed after extensive outreach and consideration by the Board’s Medical Advisory Committee and adopted into regulation in 2014. The recommendations for urine drug testing were copied into the new Medical Fee Schedule for ease of reference. Rules regarding urine drug testing are specific to a patient’s clinical circumstances and therefore the type and number of tests performed are determined by medical professionals and billing will vary by case. The health and safety of injured workers is always paramount."

The plan is intended to take effect on April 1st of 2019.