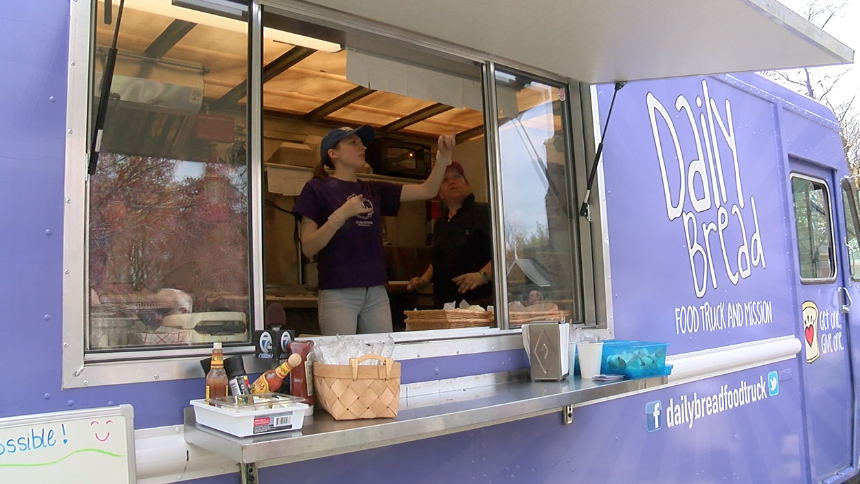 A food truck takes the road again to donate meals to people in need.

EGGERTSVILLE, N.Y. (WKBW) — The one-of-a-kind food truck, Daily Bread, is ready to hit the road again after a engine fire forced the truck off the road.

Daily Bread donates a meal to a family in need for every meal bought at the truck.

"All they have to do is buy a meal, and by doing that, they get one and the give one that provides a meal for somebody else on the weekends throughout the winter and now year round," Steve Bigner, the executive director of the Western New York Impact Foundation, said.

Last year an engine fire put the old truck out of commission for a few months. After a few donations and a fundraiser, WNY Impact Foundation was able to buy a new truck and refurbish the old one. Now it hopes to double its donated meals to more than 2,000.

"Many kids in western New York are going hungry. As soon as they get a lunch on Friday at school, they don’t have food for the rest of the weekend," Bigner said.

The truck serves mainly Mexican food like tacos and even churro waffles, but also has a philly cheesteak wrap.

"We're hoping to share a little bit of love in the midst of there darkness and bring some hope to them in their hopelessness," Bigner said.