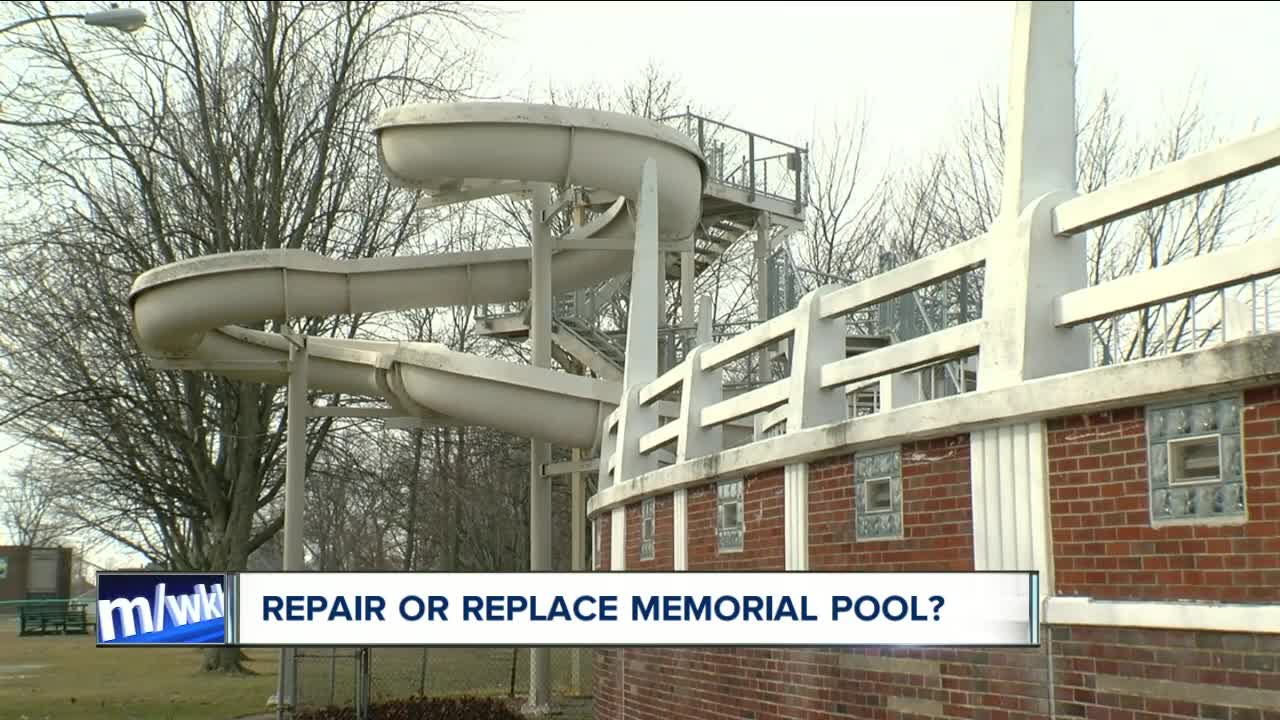 Just days after North Tonawanda received a feasibility study concerning the future of its Memorial Pool, Fantasy Island announced it was closing its amusement and water park.

"Now you have one less competitor and you have people kind of craving that aquatic experience. Where are they going to go?," said Alex Domaradzki, North Tonawanda's Director of Parks & Recreation.

The answer might be "Payne Park" if lawmakers decide to build a municipal water park at the site of the current Memorial Pool.

Memorial Pool was built in 1947 as a tribute to all those who served in World War II. Through the decades, thousands of kids took swimming lessons in it. The pool was designed by Wesley Bintz, an early 20th Century architect, of which only a few remain.

A feasibility study conducted by Brandstetter Carroll Inc. found that Memorial Pool would need $2.5 milllion dollars in repairs. Even after the repairs, the city would continue to lose around $80,000/year.

The other option is for the city to construct a new $6.5 million municipal water park. According to the feasibility study, that could end up generating revenue for North Tonawanda because use is projected to increase from 14,000 people/swim season to more than 60,000 people/swim season (assuming a $4 admission charge.)

The report is now being reviewed by the North Tonawanda Common Council which is considering having the public vote on the ideas.

You can read the full North Tonawanda Memorial Pool Feasibility Study by clicking on this link.

Memorial Pool has sentimental memories for many residents who used it as children.

A survey of residents found there were strong feelings for both repairing and replacing the 73-year-old pool.

Officials are hoping a decison can be made quickly, hopefully this year, because the condition of Memorial Pool makes it questionable as to how many more seasons it can be operated.

"Yeah, we are crossing our fingers every year," said Alex Domaradzki.