No fans at Bills Stadium for foreseeable future, county says 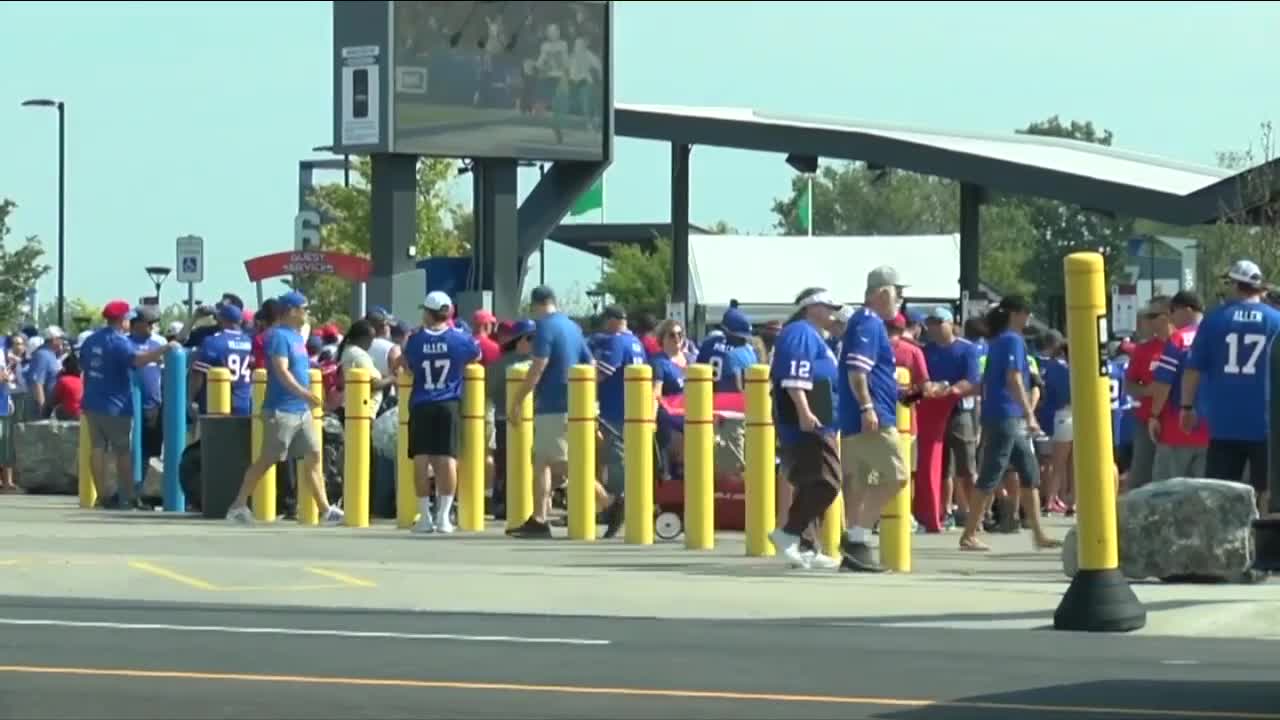 No fans in the stands at Bills Stadium for "foreseeable" future.

ORCHARD PARK, N.Y. (WKBW) — The Buffalo Bills have played five games so far this season, and are about to play their third home game on Monday night against the Chiefs.

In a season that’s been all too strange for Bills fans, the 12th man got a glimmer of hope a few weeks ago from Governor Andrew Cuomo, when he said he’d be touring Bills Stadium with Bills officials to see how it would be possible to bring fans back.

Bills fans and players are growing frustrated. Many have taken to social media to tweet at the Governor, asking to let fans back in the stands.

Lt. Governor Kathy Hochul was in Buffalo today and says that tour of Bills Stadium is now on the back burner.

“He’s been dealing with a lot of hot spots (COVID-19) downstate,” she said.

The plan that was proposed last month would allow 7,000 Bills fans safely back into the stadium for the next home game, which was supposed to be the Chiefs game. That’s roughly 10% of the stadium’s 72,000 fan capacity.

“The Bills and I are on the same page, we don’t see fans in the stands for the foreseeable future,” Poloncarz said.