That's since becoming a no kill shelter in 2012 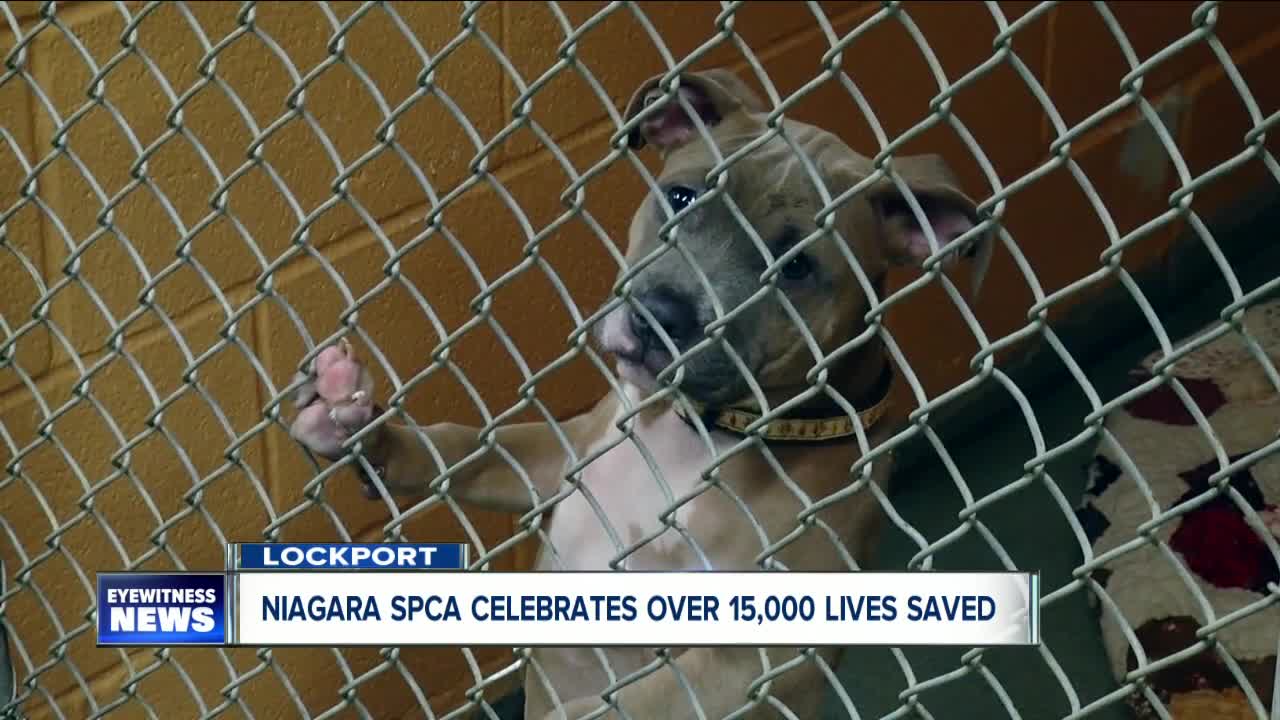 LOCKPORT, N.Y. (WKBW) — The Niagara SPCA has celebrated a major milestone. Since becoming a no kill shelter back in 2012, the organization has placed over 15,000 animals with their new forever homes.

"I can't wait to give her everything and spoil her. She's going to a great home. We couldn't be happier," said Adam Bobeck, who has just adopted a dog named Ashlyn.

The six-year old was previously abandoned. Ashlyn spent about a month at the Niagara County SPCA before finding her new family.

"I knew once I saw her I wanted her," Bobeck said. Ashlyn stuck on his mind for weeks. It was love at first sight.

"She's going to be my little girl. I think my wife and her are going to be competing for attention," said Bobeck.

Ashlyn's one of the 15,000 cats and dogs the Niagara SPCA has placed in a home in the past 7 years.

"It's a number that we're very proud of. It's the number of cats and dogs and other pets that we've adopted," Tim Brennan, the executive director of the Niagara SPCA, said.

In 2012 more than half of the animals that came to the Lockport shelter were euthanized.

"If there's no adoption or interest in the dog after a certain amount of time, it would be euthanized," said Brennan.

Brennan said it isn't easy, but all of the dogs and cats have loving volunteers to care for them while they wait for their forever homes - however long it may take.

"The thing I'm most impressed with is the staff here at the Niagara SPCA - how committed they are, how dedicated. They're here for the animals. It's really a labor of love," Brennan said.

To help the Niagara SPCA continue adopting out furry friends, you can donate the items on this list or become a volunteer.