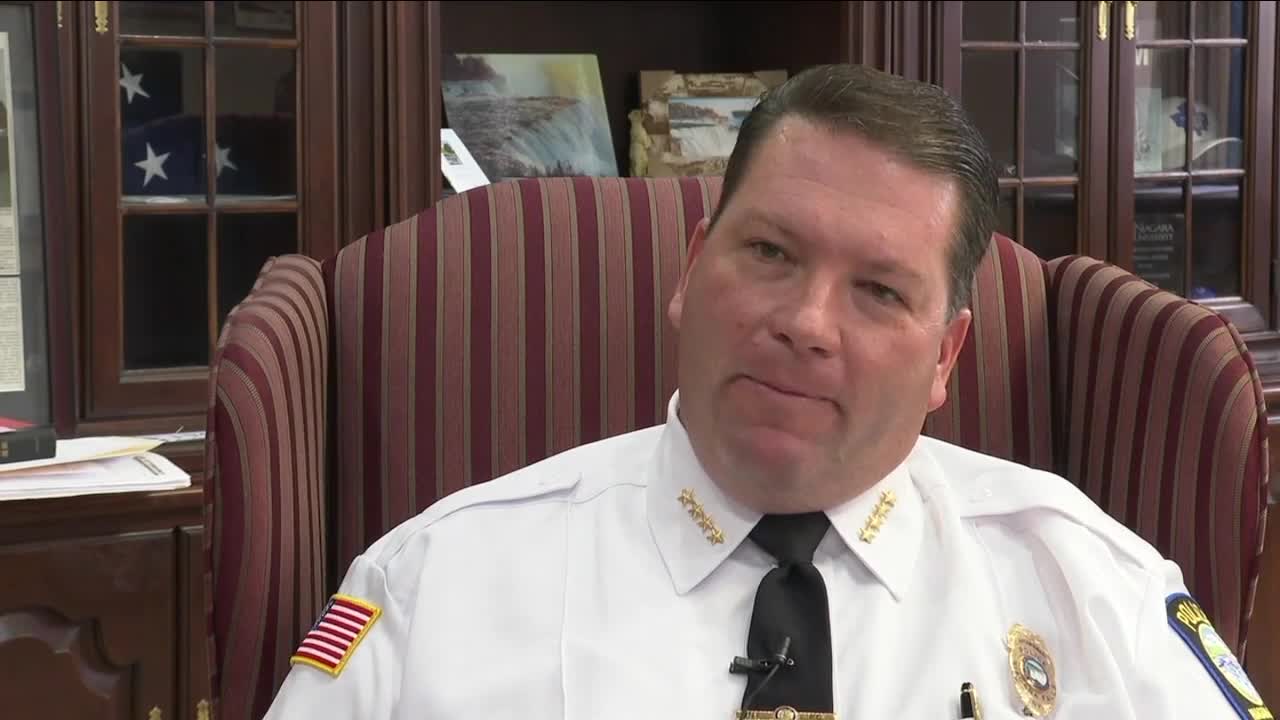 NIAGARA FALLS, N.Y. (WKBW) — Leaders in Niagara Falls are speaking out about the infamous “Red House” on Highland Avenue that they say has been a breeding ground for crime in the city this summer.

“We are aware of the problems going on there,” said Mayor Bob Restaino.

Sunday, 24 year-old Clyde Coleman was found dead on Red House property. The house is privately owned purchased in 2014 by James Mallory Jr. Mallory is accused of hosting huge public all-night parties and running a so-called speakeasy out of the house.

The city says it can’t do much about the property because it is a private residence, and not monitored by the state liquor authority. However; after Coleman’s death, the city condemned the property finding unsafe stairs, no co detector, no smoke detector, no hot water, sewage in the basement and other violations.

“We need to hit the place with everything we have in order to get a handle on it,” Restaino said.

The red house is still condemned but in the event that the owner fixes all the violations and then reopens for parties, the city says it’s prepared.

“We’re looking at some other avenues of criminal charges,” said Chief Licata. “We have other investigations that we’ll see where they go.”

The crime that the city says has come out of the red house has happened just feet away from where Niagara Falls business Tulip operates. Mayor Restaino says Tulip and its employees have been concerned about violence at the house.

“We are very sensitive to the needs of that corporation,” he said.

Niagara Falls police say there have been 12 homicides so far in 2020. There were four last year, meaning murders are up 67%. Officers say they’re doing everything that can be done to prevent crime before it happens.