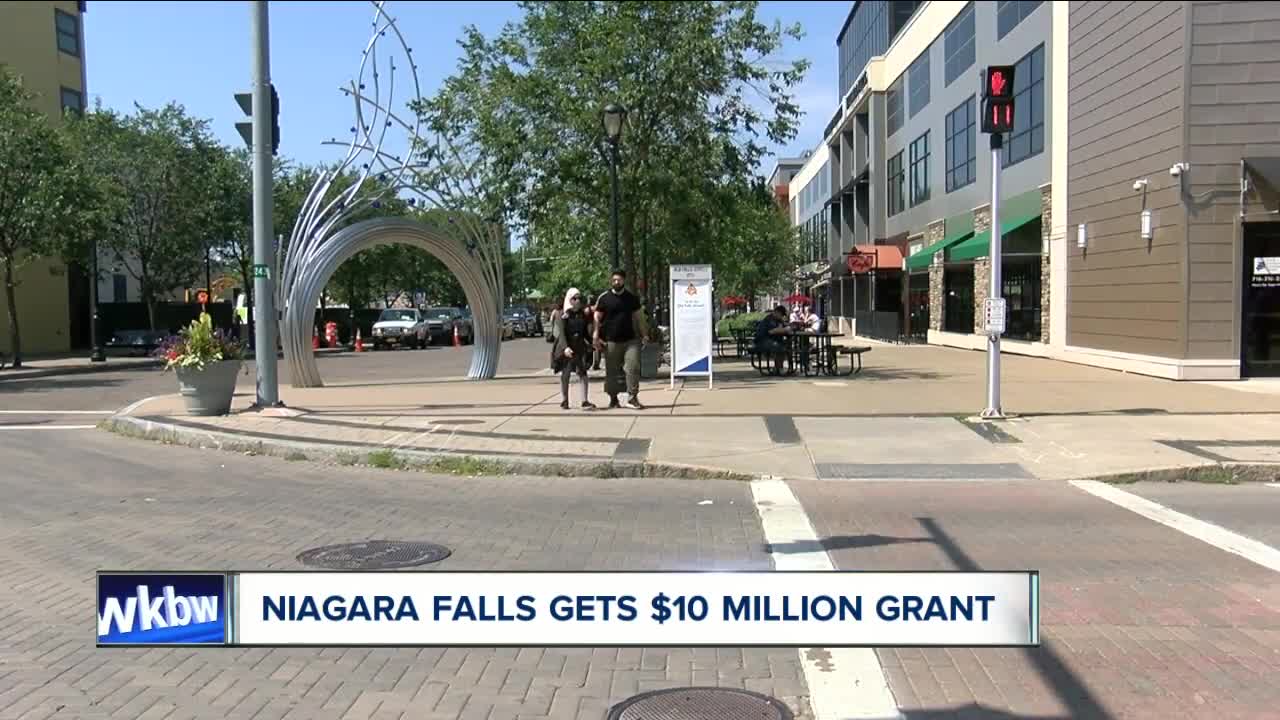 Audible gasps could be heard in the ballroom at the Conference &amp; Event Center Niagara Falls, as Governor Cuomo told Niagara Falls city leaders that they're getting a major state grant to help redevelop their downtown area.

NIAGARA FALLS, N.Y. (WKBW) — Audible gasps could be heard in the ballroom at the Conference & Event Center Niagara Falls, as Governor Cuomo told Niagara Falls city leaders that they're getting a major state grant to help redevelop their downtown area.

"It is my pleasure to announce that you have won in the DRI, first place, $10 million. Congratulations," he said.

This is the city's fourth time applying for a Downtown Redevelopment Initiative grant, which allows them to develop their own plan on their own terms.

"Where a lot of the investments previously had been made in the tourist area, this is going to really connect the city back to its water front. And this is an investment in the residents of the city of Niagara Falls," said Anthony Vilardo, USA Niagara President.

"In order to connect the neighborhood to the water front there are improvements that we have to do on our side of the line so some of those are public realm improvements," Paul Dyster, Mayor of Niagara Falls.

The grant is significant, not just for the city but for investors as well.

Blue Cardinal Capital just purchased a big stretch of mostly vacant buildings along Main street, and architects are already working on plans for the first building there, expected to be mixed use.

"The buildings that we have acquired are not necessarily in great shape. All of those buildings now are going through a thorough review," said Robert Richardson, Blue Cardinal Capital Managing Partner.

A local panning committee will take the projects of the Downtown Redevelopment Initiative under advisement, then talk with local stakeholders to decide how the grant money is spent.