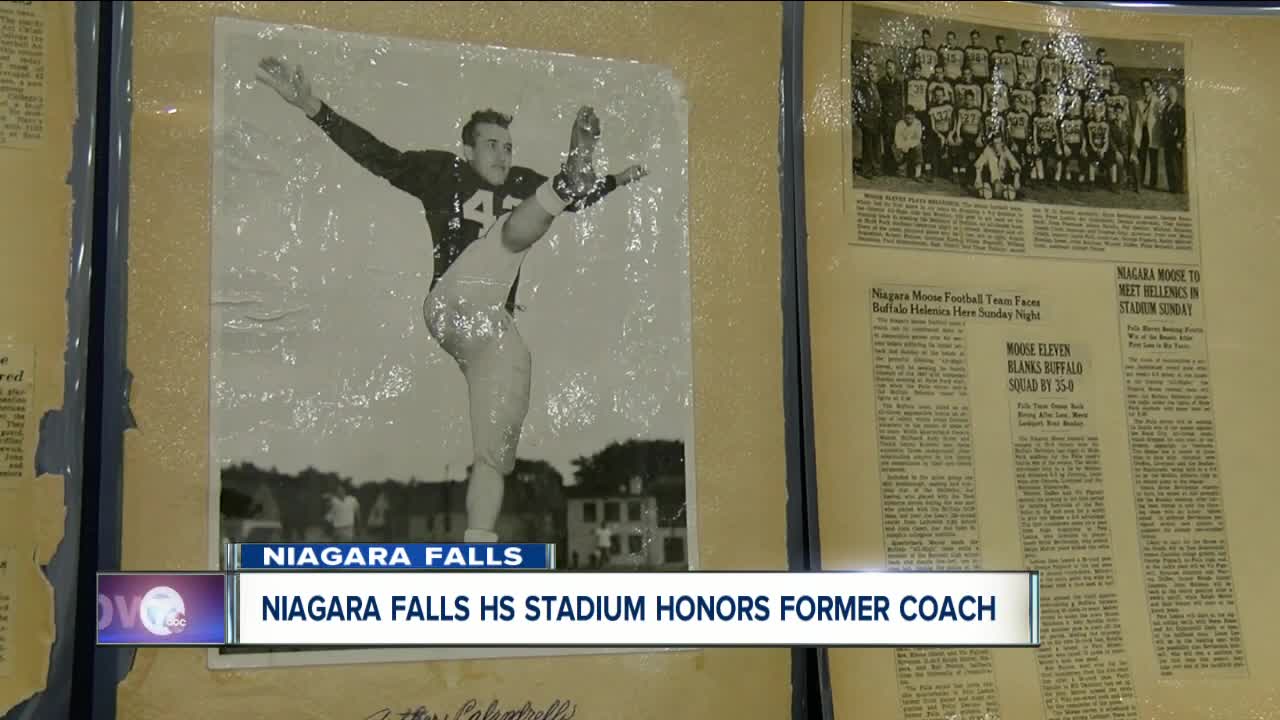 "My father was one that really, his players were everything. He dedicated his entire life to them," said Ellen Latham, his daughter.

"We are honoring this wonderful man who gave so much to this city and school system. That's why my sister wanted to put his name on the stadium," said Cindy Teeto, Calandrelli's daughter.

Latham wanted to name something after her dad, but wasn't sure what. The sisters said they thought about a park, but they wanted something bigger, so they got the idea for a stadium. The stadium isn't the only lasting memory of Calandrelli. It's the impact he had on the lives of those still living.

"[His players] ended up getting scholarship, getting a college education, and are living prosperous lives now. That's his legacy, not this giant sign," Latham said.

The impact of growing up on the sidelines, and as Teeto said, being not raised but coached, made his two daughters who they are today.

"Dad was super passionate. I'm a teacher. I am so passionate about my work. He has definetly passed that on," Teeto said.

"He was bigger than life to me, and I learned so many great lessons that I brought into my business," Latham said.

That business is Orangetheory Fitness , an line of gyms in Canada and the United States. Remembering this father goes beyond his name on a stadium.

"I'm offering a scholarship that will continue every year, a $5,000 scholarship," Latham said.